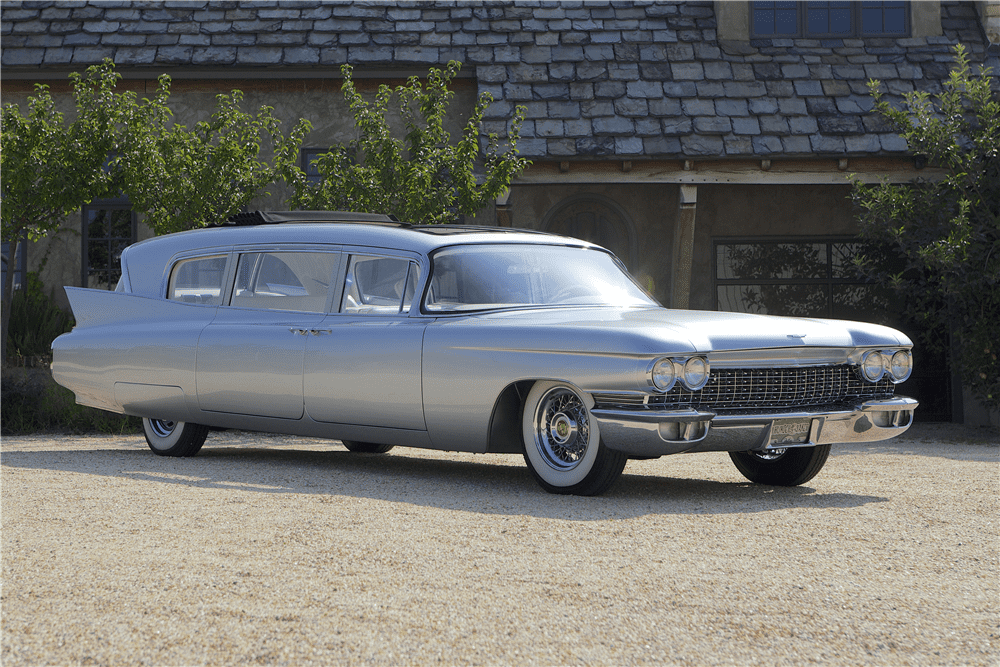 Editor’s note: This is the forth in a 10-day series featuring cars to be sold April 8-10 at Barrett-Jackson’s 2016 Palm Beach Auction.

Offered at Barrett-Jackson’s Palm Beach auction at no reserve is Lot 388, a custom 1960 Cadillac limousine known as the “Thundertaker.” In addition to being nationally recognized and featured at SEMA, in Hot Rod magazine and on the Discovery Channel, the Thundertaker is the result of a four-year, 10,000-manhour build by Bryan Fuller and his team at Fuller Moto in Atlanta.

Fuller and his team began with a limousine built by Superior Coach of Ohio and replaced the original 156-inh X-frame with the longest chassis Art Morrison had ever built. With a goal to create a more streamlined look, the Cadillac features a custom design that allows the driveshaft and stainless-steel MagnaFlow exhaust to run directly from the fuel-injected GM ZZ454 big-block crate motor with overdrive automatic transmission, through the middle of the frame and out of the original taillight housings.

The rear glass was sunk further into the body and the fins were stretched, blending the proportions seamlessly with the car’s length in addition to lowering the roofline 5 1/2 inches to give the car a more sleek profile and a more wagon-like look. This also allowed use of a windshield and pillars from a 1960 Cadillac Fleetwood.

The exterior is finished in House of Kolor’s Orion Silver while the interior retains trim pieces sourced from other Cadillacs and uses some remaining known bolts of fabric used in the 1960 Cadillac limousine.

The Thundertaker rides on a twin-compressor RideTech air suspension that raises the car for drivability and lowers it onto the ground when parked, and sits on a 4-wheel Wilwood disc brake setup that gives the car modern performance behind the classic look of wire wheels and whitewall tires.