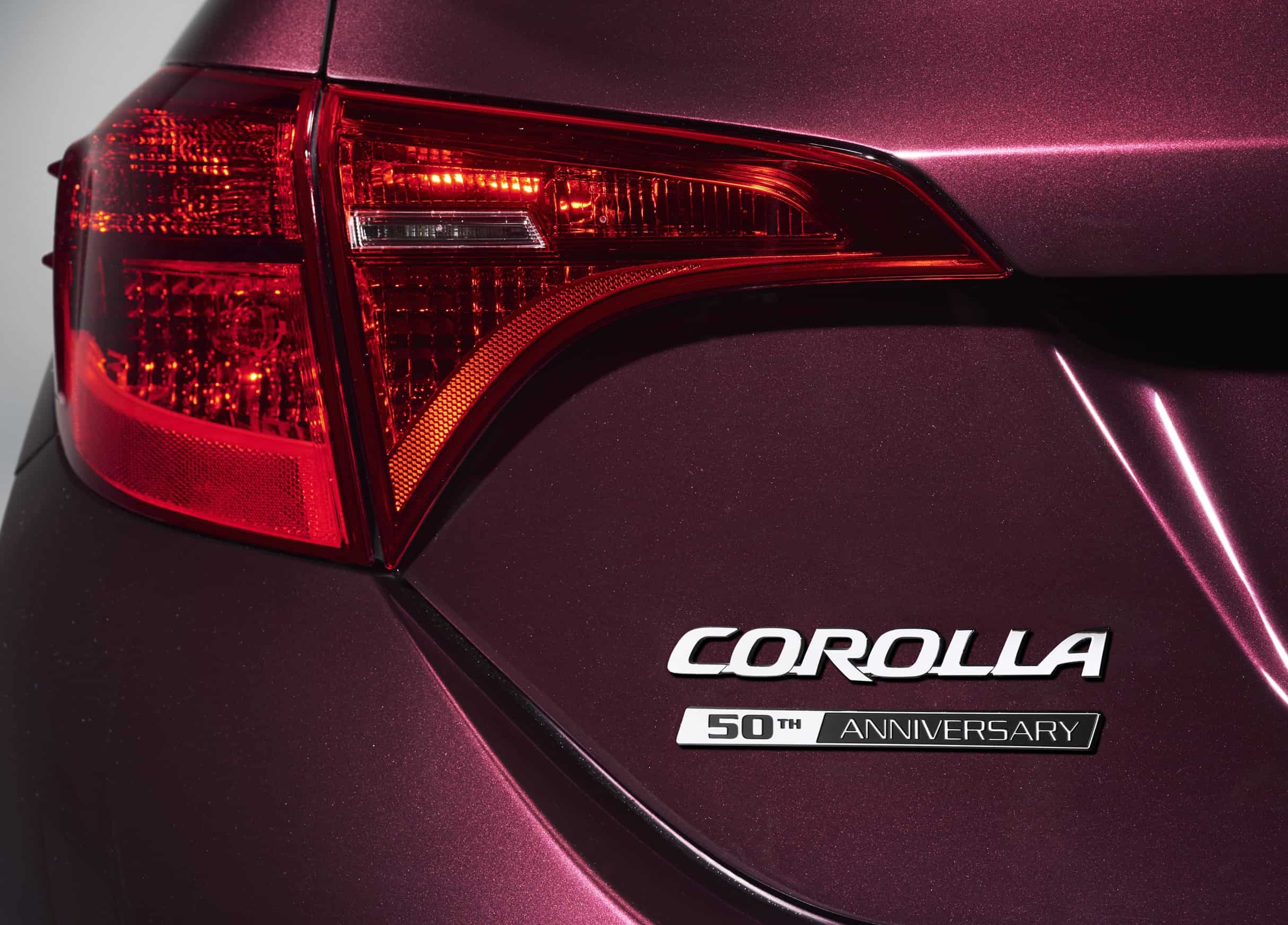 For classic car enthusiasts, the Toyota Corolla is pretty much invisible, a ubiquitous economy car that’s long on reliability but short on panache. Corolla’s familiarity might have bred contempt, but consider the fact that it is by far the highest-selling automotive nameplate in history.

More than 43 million Toyota Corollas have been sold worldwide since Toyota introduced its basic sedan to the Japanese market in 1966. The company brought Corolla to the United States two years later, where it hit the ground running and has never stopped. During 2015, Toyota sold nearly 1,000 Corollas every day in the United States, about 363,000 in all.

This year, Toyota is celebrating the 50th anniversary of the world’s most successful car, launching its celebration last week at the New York Auto Show. As part of the semicentennial, Toyota unveiled a 50th Anniversary Special Edition Corolla that will be available in the fall as a 2017 model, bedecked with special paint, wheels, trim and 50th anniversary badges.

There will be 8,000 of the special edition models, which doesn’t sound very exclusive until you consider it within the context of the hundreds of thousands of Corollas likely to be sold during the model year.

During the late 1960s, Corolla provided the foundation for Toyota to become the global automotive leader that it is today.

“From the start in 1966, Toyota planned to build 30,000 Corollas a month when at the time monthly production was only 50,000 vehicles total,” according to a Toyota news release. “But Corolla was an instant hit. Success in the U.S. helped global sales reach one million just four years after launch, and by 1970, Corolla was already the second best-selling import in the country.”

Corolla eclipsed Volkswagen Beetle as best-selling car of all time in the 1990s, when it surpassed 25 million sold, and now about 1.5 million of the Toyotas are sold worldwide annually. Doubters point out that the Beetle had essentially the same design throughout its production history while Corolla has had several permutations, including switching from rear- to front-wheel drive.

But Corolla has been consistent as Toyota’s economy nameplate, now going into its 11th generation for the 2017 model year.

Nearly everyone of any living generation has Corolla memories as an owner, driver or passenger. Among those people are Toyota’s president and CEO, Akio Toyoda, who recalls that a used four-door Corolla GT caught his eye in the 1980s when he was just out of college.

“My used 4th generation Corolla 1600 GT was like a best friend to me,” Toyoda recalls in the news release. “I shared my youth with it! That car showed me the joy of driving. It represented freedom, fun and first forays in the business world.

“Not only did my Corolla influence me and my own path, but this vehicle— supported by fans and customers—helped transform Toyota as a company around the world.”

But will the day ever come that Toyota Corollas are generally considered collectible? Will early models ever populate collector car auctions as some other economy cars do, such as VW Beetles? Or are they destined to remain just used cars.

With the rising interest in vintage Japanese cars, not only sport or special models but even the most basic sedans because of their nostalgic appeal, we could see Corolla’s rise in the marketplace in future years. But while its historic significance is assured, vintage Corollas are unlikely to attract many classic car enthusiasts in a general way, although a nicely preserved early car could ring the bell for some Toyota fans.