The second all-Japanese vintage-car road rally, Touge California, takes place Saturday with 11 of the 28 entries wearing Mazda badges, so it seems only fitting that Mazda North American Operations will serve as title sponsor and co-host with the Japanese Nostalgic Car website.

Touge California was founded last year by Ben Hsu, editor-in-chief of Japanese Nostalgic Car, with rally master Patrick Strong. They’d seen vintage rallies such as Targa Florio or Carrera Panamericana, primarily for European cars, and decided classic Japanese vehicles should have such an event as well. 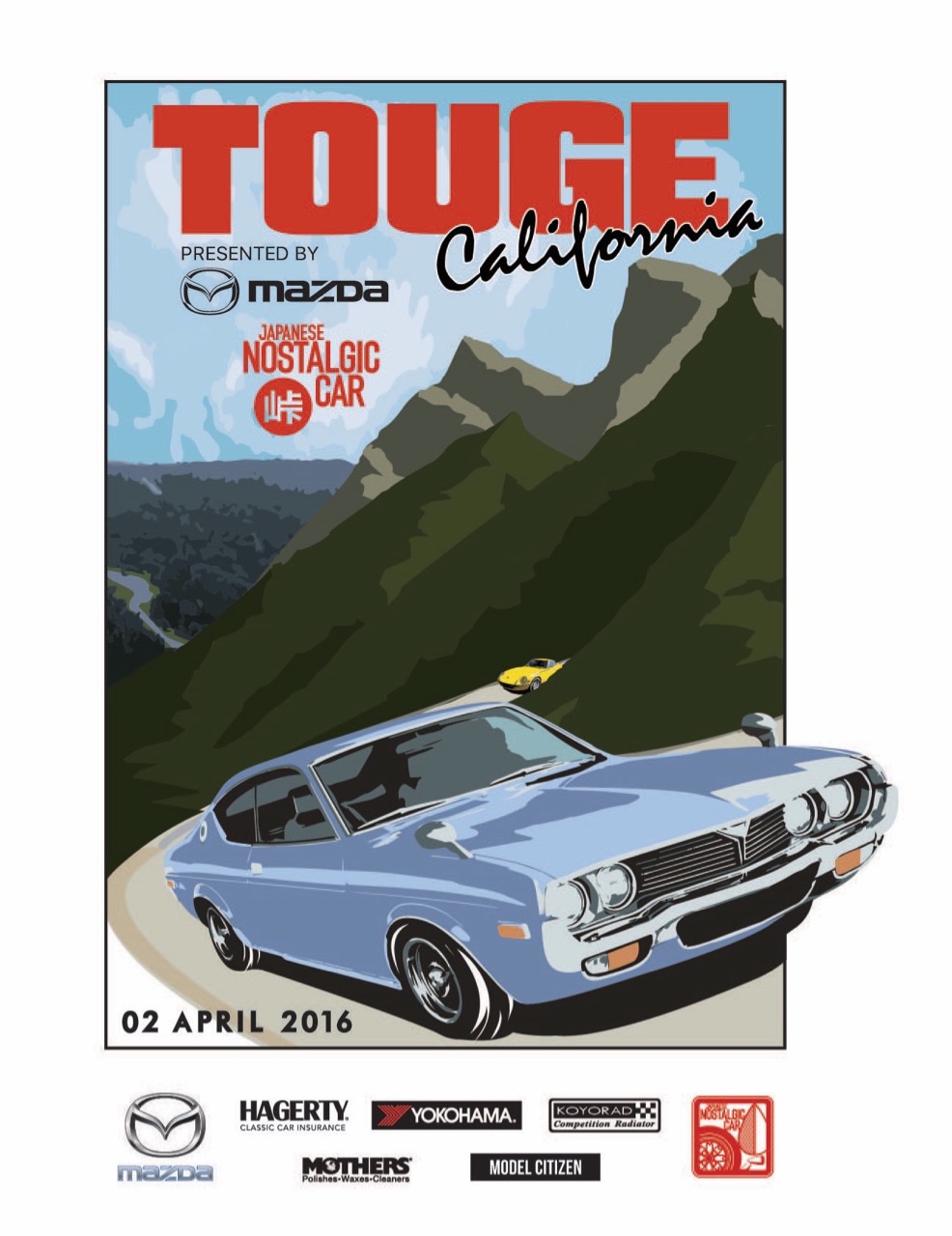 They patterned their event after what a Mazda news release terms “the infamous and often daring underground touge races in Japan. ‘Touge’ literally means ‘mountain pass,’ but it is now a term that’s associated with celebrating vehicles that were both mainstays sold in the U.S. and rare, exclusive sedans and sports cars that were forbidden from sale in the U.S. for many years until they became legally importable.”

“As 70 percent of Japan’s terrain is mountainous, our goal with Touge California is to give owners of Japanese cars the experience of driving on roads similar to those on which their cars were born,” Hsu said in the news release.

The event starts in San Diego and ends at Mazda’s American headquarters in Irvine, California, where participants will tour the Mazda heritage vehicle collection, a working garage with more than 50 cars, concepts and historically significant vehicles.

“It was a natural fit for Mazda to collaborate with Japanese Nostalgic Car to serve as title sponsor of Touge California, the only all-Japanese vintage road rally in the U.S.,” Mazda said in its news release.

“Our heritage cars aren’t just museum pieces; they’re meant to be driven,” Robert Davis, Mazda senior vice president, said in a news release. “This is a rare chance to see all of these beautiful vintage cars where they were meant to be – on the road.

“We’re proud to sponsor Touge California, as it fits perfectly with Mazda’s heritage and celebration of the innovations that continue to shape the auto industry into what it is today. We’re a company that relishes driving enjoyment.”