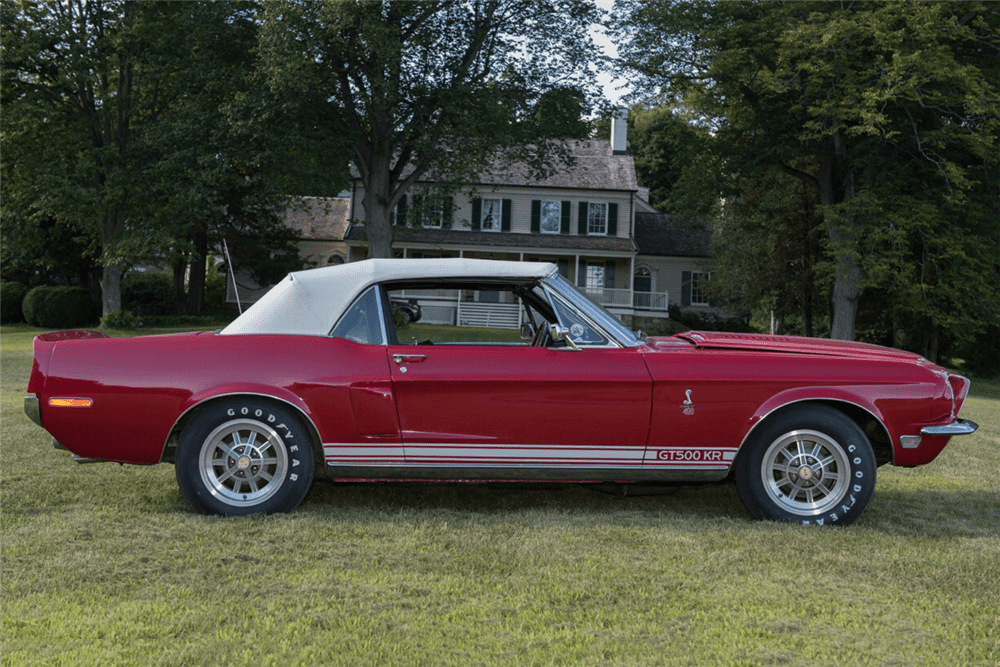 Editor’s note: This is the first in a 10-day series featuring cars to be sold April 8-10 at Barrett-Jackson’s 2016 Palm Beach Auction.

Shortly after Ford launched the Mustang in April of 1964, Carroll Shelby, legendary race car driver and car builder, was tasked with transforming the pony car into a high-performance car. The result of his efforts became to be known as the 1965 Shelby GT350.

The GT350 was purpose built for competition use on the track and featured the same 289-cubic-inch engine as offered in the standard Ford Mustang GT, but modified to produce 306 horsepower. The car was given a series of other performance-enhancing parts. The car’s performance made it instantly successful in sports car racing and thus popular among enthusiasts and inspired a street-version.

In 1967, the Mustang got a big-block V8 and thus the Shelby GT500 was created. Only 300 were produced, all of which were based off Mustang fastbacks.

Shelby American began offering a convertible version of the GT500 in 1968. Midway through the year, the GT500 became designated as the GT500-KR.

Interior of the GT500KR

KR was short for “King of the Road,” a nickname acquired after Ford began placing its “Cobra Jet” 428-cubic-inch engine into the Mustangs. The Cobra Jet engine was conservatively rated at 335 horsepower.

A 1968 Ford Shelby GT500-KR convertible, Lot 381, is set to cross the Barrett-Jackson Palm Beach auction block with no reserve.  This car has been stripped down to its bare metal during a restoration. The seller says the body is sound and without any rot, but notes that the car had been lightly hit in the left rear quarter panel, resulting in repairs to the taillights done in 2014.

The car has had most of its interior and exterior trim and moldings replaced in addition to being repainted Candy Apple Red. Other updates include a new white convertible top installed and new reproduction 10-spoke wheels wrapped in 350 Speedway tires.

Under the hood is a clean engine bay that features chrome work and has been maintained with continuous detailing. Mated to the cars 428 Cobra Jet engine is a rebuilt C6 automatic transmission. Additionally, the differential was replaced with N-case Traction-lok.