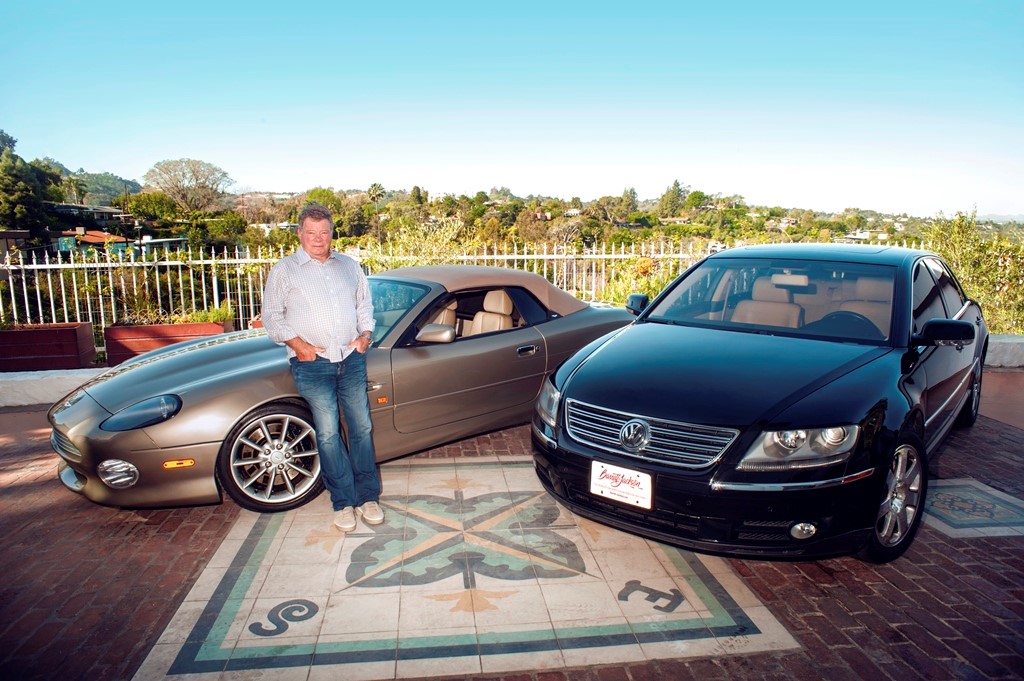 William Shatner, best known for his role as Captain Kirk in the Star Trek TV and movie series, will offer a pair of cars, a 2002 Aston Martin DB7 Volante and a 2004 Volkswagen Phaeton, from his personal collection at Barrett-Jackson’s 14th annual Palm Beach auction, running April 8-10 at the South Florida Fairgrounds.

Shortly after Shatner was cast in 1966 as Captain Kirk, he purchased a Corvette Stingray and throughout his career has been known to drive across country in various trucks, cars and even on motorcycles.

“Mechanical things have always fascinated me,” Shatner said in a Barrett-Jackson news release. “The sound of the exhaust, the ticking of the engine, the sleekness of the design have intrigued and entranced me.”

When Shatner buys cars, he said he looks for cars “like the ones I am selling: this great VW Phaeton -– one of the most advanced cars in the world at its time –- and this Aston Martin DB7, which is a jewel of design.”

The Volante is being offered with no reserve and reportedly was driven only on special occasions in southern California. The car features an aluminum 5.9-liter V12 that has been well maintained, automatic transmission, leather upholstery with power seats and a power convertible top. Shatner has autographed the car.

Also offered with no reserve is the Phaeton. It features a 12-cylindar engine with automatic transmission and is reported to be in mint condition. The Phaeton also has been autographed by the actor.

“Barrett-Jackson is one of the great names in car auctions” Shatner said, “I have two wonderful cars that I am sending to them. They are like my kids, but I know they will get great care and I will be there for the adoption process. I am looking forward to it.”

Craig Jackson, chairman and CEO of Barrett-Jackson, said in the news release that the Palm Beach sale has played host to many different celebrities and celebrity vehicles over its 14-year run.

“It’s an honor to add Mr. Shatner to our list of film and music legends who trust Barrett-Jackson with the auction of their vehicles,” he said. “Having a car that belonged to the original ‘Captain Kirk’ will be a great story to tell for the new owners.”