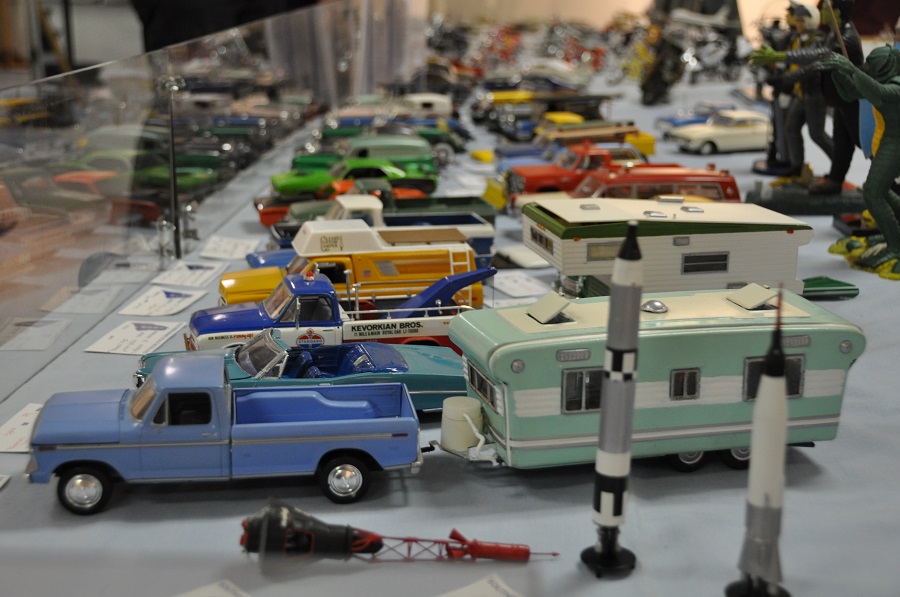 Registration for the Rally for the Lane, a day in the fall (October 1) when supporters can drive cars from the Lane Motor Museum collection, opens today ask 10 a.m. Central time and usually sells out quickly.

The AACA museum has announced its fourth trip to Cuba will take place October 14-22. Following the Cuba trip, the museum is taking members to Italy, November 6-13. To register for either tour, the museum asks participants to send an email to Sherry Boyd at International Expeditions (sherry.boyd@ietravel.com), or contact Toni Rothman of the museum’s board of directors (tonirothman@msn.com).

The Owls Head Transportation Museum in Owls Head, Maine, continues its Winter Education Series on Saturday with a presentation by David Percival, sidecar-motorcycle racer and owner of DP Motorsport, who is set to present “Sidecar Racing.” In April, writer and museum professional Mark Wilkins presents “The Lafayette Escadrille.”

Next weekend, the museum is holding its Midcoast Model Festival on April 2-3. The festival attracts more than 70 vendors and features model trains, aircraft, boats, automobiles and more.

The National Sprint Car Hall of Fame Museum’s series of monthly “Sprint Car 101 forums” has been scheduled with the first, “An Hour with Dale Blaney” hosted by Larry Boos, set for Saturday at the Allen County Fairgrounds in Lima, Ohio. Following will be “Remembering Jerry Richert” hosted by Phil Dullinger on April 17 at the American Legion Post in Savage, Minnesota; “An Evening with Duane ‘Pancho’ Carter & Steve Stapp to benefit Racers at Rest” hosted by Brian Gerster, May 5 at the American Legion Post in Speedway, Indiana; and remaining forums held at the museum in Knoxville, Iowa on May 21, June 11 and July 16.

Saturday is movie day at the America On Wheels Museum in Allentown, Pennsylvania. “Hop” is set to be shown at 11:00 a.m. and 1:00 p.m. The museum is closed the following day for Easter.

On April 1-2, the museum is set to have “the most notorious vehicle in the Lehigh Valley” on display. The car, a 2004 Toyota Matrix XS, has more than 350,000 original miles and has been used during the past 10 years by radio personality and DJ, Stewart Brodian, to deliver Pizza.

March 31 is the last day to view the “Camping In Style: Little Homes on Wheels” exhibit at the California Automobile Museum in Sacramento. Additionally, the museum is holding a photography class on April 2, from 9 a.m. to 3 p.m., that allows participants to go behind the chains and get close up photos of the museums cars.

The museum has several car-themed tours scheduled, with a trip to Cuba set for  May 14-21.  The next trip goes to France from June 15-24 for the 24 hours of Le Mans, including a celebration of the 50th anniversary of Ford’s GT40 victory and the 25th anniversary of Mazda’s victory in the race.

Next weekend, the LeMay Marymount in Tacoma, Washington, is holding a Wine and Chocolate event April 1-2, featuring more than 40 vendors with local wines, spirits and chocolates. Additionally, the museum is holding Model T Drivers’ Education. Registration is open with the first class set for April 23, followed by May 14, June 4, July 9, August 13 and September 10.

The next speaker-series discussion at the Blackhawk Museum, located in Danville, California, is scheduled for April 2 with Wayne Carini from the TV series “Chasing Classic Cars,” followed by Allen Grant discussing the 1965 Shelby Team Driver on May 7. Along with the discussion will be the third annual Carroll Shelby Memorial Car Show.

On April 9, the Mullin Automotive Museum, in Oxnard, California, is hosting Cars & Carriages from 9 a.m. to 3 p.m., celebrating French coachbuilders from the beginning of the automotive age through the end of the 19th Century.

The British Motor Museum located in Gaydon, United Kingdom, holds themed workshops April 9. The first is a “Classic Virgins” experience day with museum experts going over the basics of buying and owning a classic car in addition to go over basic maintenance and give rides in a variety of classic cars. Later in the day, art teacher and accomplished pencil sketcher Richard Cook will hold a class, “Drawing from Automotive History,” discussing different techniques of drawing cars and look at things like composition, angles, and how to draw metal.

Children with models at ModelFest

The next Science Saturday at the National Automobile Museum in Reno, Nevada, is set for April 9 and goes over “exploring the Titanic with a passenger,” followed by “Exploring planet Earth” on May 14, “Roving Marz” on June 11, “Journeying to the moon” on July 9, and “food in space” on August 13.

On April 9, a tribute to the USRRC is planned at the NHRA Wally Parks Motorsports Museum in Pomona, California. The event celebrates the SCCA’s first pro racing series of 1963-1968.

The Simeone Museum in Philadelphia, Pennsylvania, has a special exhibit set to run from April 16 through May 1 that will display 18 road-going and competition cars from Subaru’s history.

The next class in a six-part series on the foundations of automotive photography at the museum is set for April 16 and will look at composition. Classes follow June 4, July 30, September 17 and October 29.

The National Corvette Museum in Bowling Green, Kentucky, has opened registration for the Michelin NCM Bash, to be held April 28-30. Attendees will be able to get up close to the next-model-year Corvette as well as hear from the engineers and designers of the car.

The museum holds its seventh annual “One lap of Kentucky” fund-raising event in October over the course of three weeks: October 11-15, 18-22 and 25-29. The event previously has been a one-day Corvette excursion led by the state troopers, but the event this year is open to enthusiasts of all different years, makes and models, and it is a multi-day drive visiting Kentucky’s significant landmarks.

The Gilmore Car Museum in Hickory Corners, Michigan, is celebrating its 50th anniversary with an event to honor its founder. The show, “the Donald Gilmore Classic,” is set to showcase cars from 1896-1942 and includes a swap meet on May 21 with a driving tour preceding it on May 20.