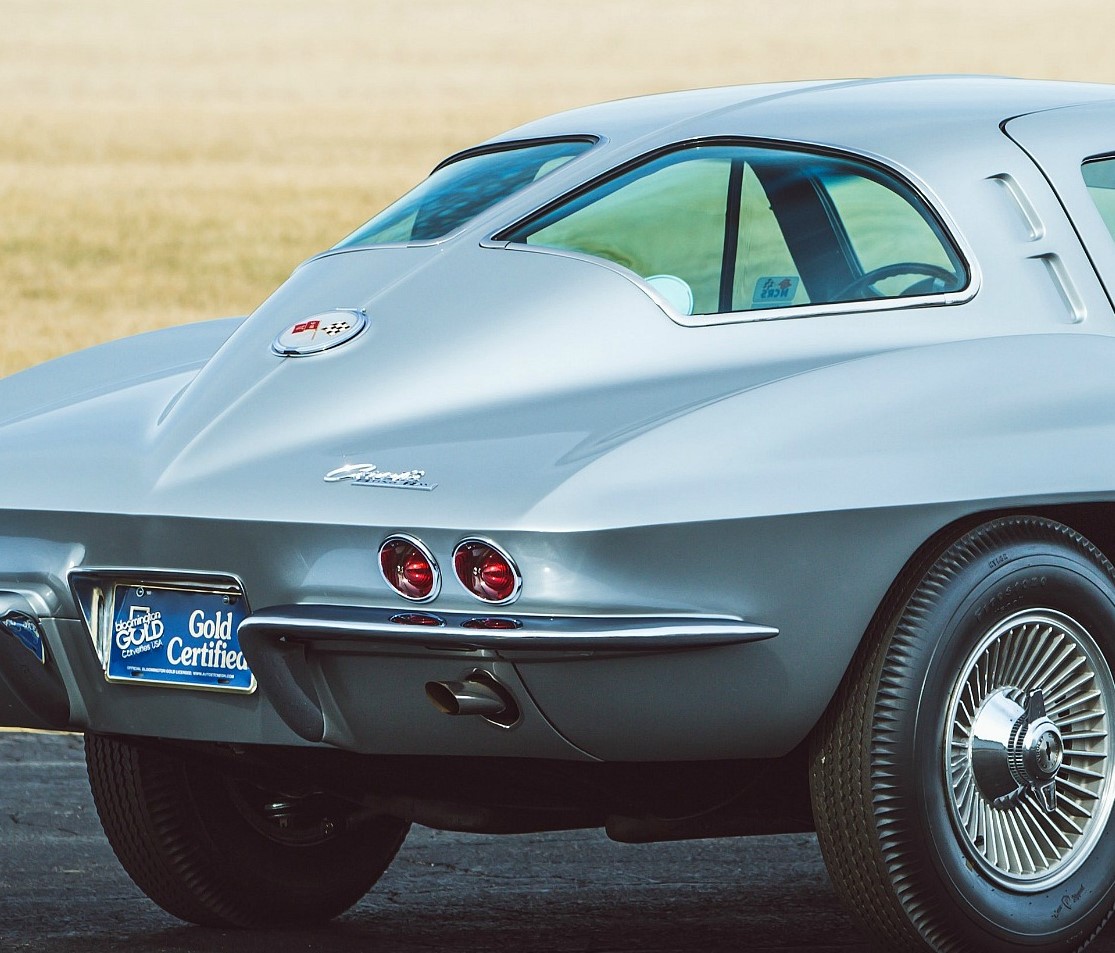 A multiple-award-winning 1963 Chevrolet Corvette Z06 Tanker, one of only 63 equipped with a 36-gallon fuel tank, is among the top attractions for Mecum Auctions’ fifth annual Houston sale April 14-16.

The high-performance version of the classic split-rear-window Corvette coupe was the subject of a two-year restoration, after which it has earned among its accolades Bloomington Gold certification, NCRS Top Flight and Chevy VetteFest Gold Spinner awards, according to Mecum.

The 1963 Z06 Special Performance package was a “weapons-grade” collection of competition equipment that was not available outside the Z06 level. The weapons include the L94 327 cid, 360-horsepower V8 with Rochester fuel injection, four-speed manual transmission, Positraction rear, heavy-duty suspension with a 20-percent thicker front sway bar and oversized finned drum brakes. The optional “big tank” allowed racers to go further on the track with fewer pit stops.

Mecum’s Houston auction expects more than 1,000 American muscle cars, Corvettes, classics, hot rods, resto mods and others to cross the auction block during the three-day sale at the NRG Center.

Other performance highlights include a pair of Shelby Mustang GT500s, a 1967 GT500 fastback with a 428/355-horsepower with just 37,332 miles, and a 1968 GT500KR convertible with a 428 cid four-valve Cobra Jet V8 engine and top-loader four-speed manual transmission with a Hurst shifter.

Five muscle cars from the Jeffrey Cohen collection will also be featured, including a pair of Mustang competition cars: a 1968 Cobra Jet Lightweight factory-sponsored racer driven by Dave Lyall and a 1969 drag-racing Mustang driven by Lucy Below.

Auction founder and chairman Dana Mecum said the Houston sale is a nationwide event: “We’re currently anticipating consignments from nearly 30 states with buyers from even more.”