Driven: A vintage adventure in a 1934 Buick 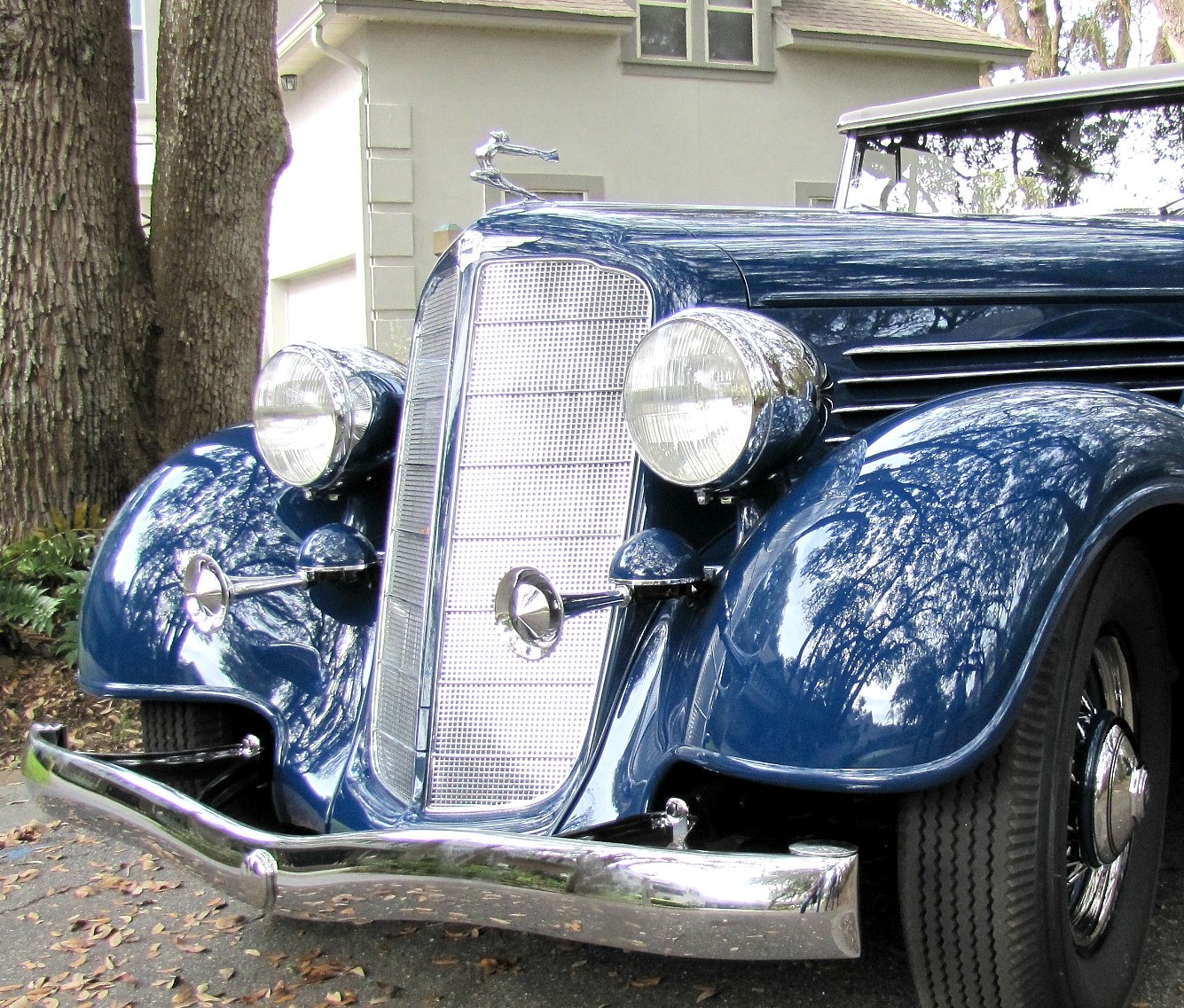 ‘Big as a Buick” was an expression that came to mind as I looked over the handsome blue 1934 Buick 96 convertible sedan parked near the marina at San Fernandina Beach, Florida. Fresh from restoration and owned by famed jeweler Nicola Bulgari, the grand classic car looked every bit like a precious gem glinting in the sunlight.

The following day, the magnificent dowager would take her place among the rest of the automotive finery at the Amelia Island Concours d’Elegance. But on this day, I was expected to get behind the broad steering wheel and pilot her down the coastline.

So the pressure was on. This would be my first time driving a pre-war classic, and the Buick that Bulgari had graciously lent the Hagerty Insurance folk to use in a media drive was no trinket. Bending or breaking was not an option.

The Hagerty people contacted me a few weeks earlier to invite me on the event, in which a small number of automotive journalists would get to drive classic cars at Amelia Island rather than just look at them.

There were five to choose from, including the beautiful Buick that was the only pre-war entry, a lovely 1957 BMW 507, a 1970 Jaguar XK-E Series II coupe, and a 1967 Camaro RS convertible restored by Hagerty employees.

There was also a 1978 Pontiac Trans Am like The Bandit driven by Burt Reynolds in Smokey and the Bandit, and this was the first of two cars that I drove. Well, this Trans Am was a year newer than Burt’s, but close enough to make me want to grow a mustache as soon as I fired ‘er up.

All hunkered down with the T tops removed and Hagerty’s in-house editor Larry Webster in the passenger seat, the ersatz Bandit rumbled out of the parking lot at the Ritz-Carlton Resort and headed north.

Driving this black-and-gold beast with the screaming chicken on its hood was one of those guilty pleasures. The Trans Am is among the few iconic American cars of the challenged ’70s that make the grade among collectors, and they’re gaining in popularity. In January, Burt Reynolds was up on stage at Barrett-Jackson to help auction off one of his actual Bandit movie cars, a guest appearance that helped raise the profile of Trans Ams everywhere.

The Pontiac Trans Am attracted plenty of admirers | Bob Golfen

As we lumbered along, there were loads of thumbs up and “nice car” comments. The Pontiac, a preserved original, drove pretty well despite just 200 horsepower coming from its massive 6.6-liter V8, strangled by rudimentary emissions controls. I felt strangely at home in familiar surroundings.

We met up at Brett’s Waterway Café in San Fernandina for lunch, then strode out to the parking lot to pick out what each of us would drive back to the resort. I had my eye on the 507 roadster – when would I get another chance to drive one of those? But it was having some undiagnosed engine trouble, so I was warned away.

The Camaro looked pretty sweet, but I had already driven a GM pony car. The E-type beckoned, but once again I experienced the painful truth of being too tall to climb into a Jaguar coupe.

Besides, the Hagerty folk were all about me taking the plunge and driving the Buick. This would be a new experience, so I opened the rear-hinged door and nervously slid into the lush interior. My passenger was Tabetha Hammer, from Hagerty’s communications team, and she was determined to keep me on the straight and narrow by continuously reminding me that the majestic Buick had a) a wide turning radius, b) about 5,000 pounds of heft, c) old-school brakes, d) ponderous handling, e) enormous value.

So after going through the starting ritual of turning the key, flipping the ignition switch and pushing the gas pedal to the floor, thus engaging the starter, I gingerly backed the huge sedan out of its parking spot with essentially no rearward vision but a cadre of spotters who treated me as if I were taxiing a jumbo jet. Lots of call outs and gestures ensued.

Once on the road, I quickly found the Buick to be rather pleasant to drive. Enormous torque is generated by its overhead-valve inline-8 engine, the clutch and long-throw shifter were effortless to use, and turning the steering wheel was not so hard once you got under way. And the brakes worked just fine, if you planned ahead.

In an earlier life, I had a summer job as an Angelo ice cream man for the small Philadelphia company that used antique trucks as an attraction to compete with the Good Humor guys. My truck was a blocky 1948 GMC van with a window cut in its side for dispensing the goodies.

It was not easy to drive, especially when squeezing it through the narrow neighborhood streets of Philly. The steering was loose, shifts required double clutching, and talk about funky brakes. But I drove it all summer, so believe me, I was prepared for anything the 82-year-old Buick had to dish out in terms of a vintage driving experience.

Actually, the Buick drove like a dream, aside from the constant attention required by the steering to keep the car from wandering off the road. And there were no side mirrors, in order to keep the car original, just a squinty view through the small rear window.

The nicest part of the drive was when we were rolling quickly down the highway, the engine humming quietly, the sea-perfumed air whipping through the windows and the Buick feeling as if no time had passed since it had left the factory for its first time on the road.

A memorable experience, and which made me think of how Hagerty reaches out to young people to engage them in the pleasures of enjoying old cars. I’m hardly a young driver, but this was a new adventure for me and taught me something about appreciating the true classics from a time long gone but kept alive by dedicated collectors.