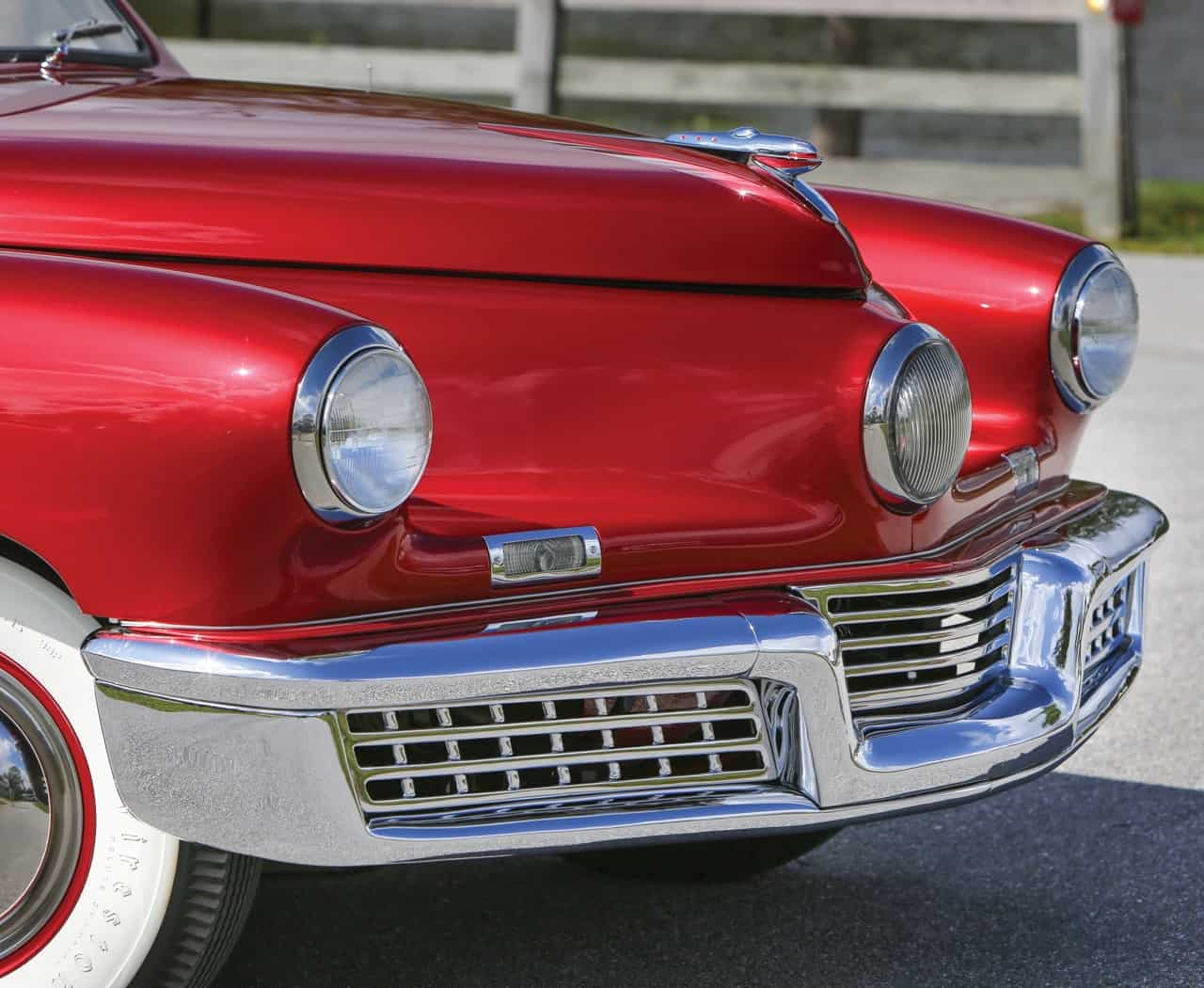 I need to say this up front: I really dislike re-creation/clone/tribute vehicles. Yet as I paged through the catalog for Auctions America’s upcoming Fort Lauderdale sale, I was struck by the really amazing re-creations that will be offered at the sale. And then there’s the Tucker (but more on that in a moment).

“The ‘Blue Train’ is one of our featured lots,” said Auctions America car specialist Barney Ruprecht, who noted that the car was on display last weekend at Amelia Island and may have been the focus of more photographs than any other vehicle.

“It captures everybody’s attention,” he said of the car inspired by the Gurney Nutting-bodied Bentley coupe made famous when Bentley chairman and two-time Le Mans winner Capt. Joel “Babe” Barnato wagered that he could drive his Bentley Speed Six from Cannes, France, to London before the famed Le Train Bleu could complete the same run.

Truth was, Barnato and his co-driver didn’t do the run in the coupe but in a Muliner-bodied Bentley Speed Six because the coupe wasn’t completed when the race took place. However, it was the coupe that was featured in Terence Cuneo’s painting of the race and thus became the famed “Blue Train” Bentley.

Re-creations are produced by a British coachbuilder, which has a three- to five-year waiting list for such vehicles. Auctions America’s pre-sale estimate for this one is $600,000 to $650,000.

The Porsche 906, or Carrera 6 as it is more commonly known, was the German automaker’s response to Ferrari’s new 206 Dino racing car. The re-creation — for vintage racing or street use — is done in Argentina by Vintage Racing Cars of Buenos Aires. The cars are built to carry any of the 911 horizontally opposed six-cylinder engines; the one being offered at Fort Lauderdale — which has competed in vintage races at Daytona and Sebring — has a 2.7-liter with racing pistons and Weber carburetors. The pre-auction estimate is $250,000 to $300,000.

A 1964 Ford Falcon Futura resto-mod will be sold to benefit the Boys & Girls Clubs of Broward County.

Wait, you say. There were only 51 Tuckers. True, but when Tucker closed, the chassis, firewall and suspension of car 1052, which had been the test bed for the Tuckermatic automatic transmission, were awaiting final assembly.

At the bankruptcy sale, 1052 was sold to Ezra Schlipf, as were the undamaged front-end sheet metal from 1018, bumpers, doors, quarterpanels, decklid, engine, transmission, etc. All of it went from Schlipf to other Tucker enthusiasts, including Tucker club co-founder Stan Gilliland and Michigan car collectors Richard and Linda Kughn.

Eventually it all went to a museum in Illinois to be part of a re-creation of the Tucker assembly line. But when the museum needed money for expansion, it sold the yet-to-be-completed Tucker to the current owner, who had one Tucker expert authenticate every part and then sent everything for final assembly and restoration to Brian Joseph’s Classic & Exotic Service restoration shop in Michigan, which already had done a Tucker restoration for a museum.

After being completed last year, the car won class honors in the Concours d’Elegance of America and was displayed at the Red Barns Spectacular at the Gilmore Car Museum.

“It’s 100 percent legitimate, actually more legit than some of the (Tucker) cars that are out there,” said Jay Follis, former head of the Tucker club and the collections registrar and marketing manager of the Gilmore Car Museum.

“Everything on it is done right,” said Follis, who followed the car’s progress at least since Gilliland’s ownership.

“It’s not really fair to characterize it as a ‘parts car’,” said Ruprecht. “It should be considered the last one built. All the components are authentic and real.”