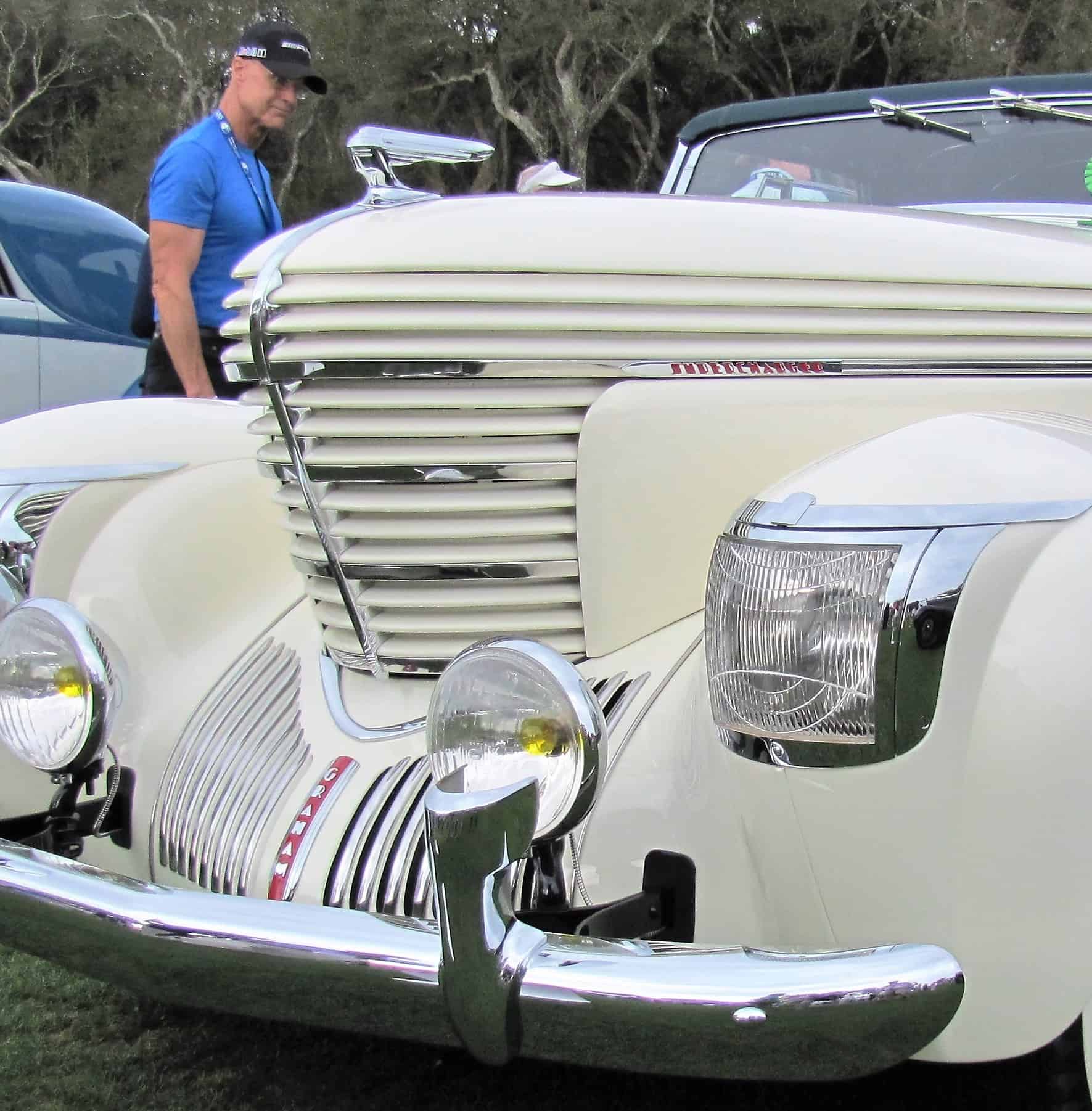 One of the most wonderful things, and there are many, about the Amelia Island Concours d’Elegance is that you never know who you might meet there. Old friends from way back, cool car guys, automotive luminaries, celebrities, famous race drivers, they’re all out walking the grassy Florida fairways with the rest of us.

Probably my favorite encounter during the 21st annual Amelia Concours was with Jeff Zwart. That name might not be familiar to everyone, but for Porsche people, it’s monumental. Among his many accomplishments – race driver, film director and cameraman, photographer and author — Zwart is perhaps best-known for his epic runs up Pike’s Peak, including his famous record assault driving a Porsche GT3 cup car in the Time Attack Class competition.

On Sunday, he was driving a more mild-mannered but no-less-impressive Porsche, a 1948 356 coupe, one of the earliest production models from the first batch of 50 cars build in Gmund, Austria, before the company relocated to Zuffenhausen, Germany.

Zwart’s car is a perfect jewel, a pale-gray coupe with the original purity of its lusciously aerodynamic styling intact. His car was the last of the first ones, he noted.

“This car was number 50,” Zwart said, pointing out that another ’48 Gmund parked nearby was number 17. “These were the first Porsches.”

As ever, the Amelia Island Concours brought together some of the most-interesting, most-intriguing and most-downright-beautiful automobiles imaginable. More than 300 of them were spread across two fairways of The Golf Club of Amelia Island at the Ritz-Carlton Resort, and thousands of people attended, undaunted by forecasts of thunderstorms that never did materialize.

The Porsche display was stunning, but so was the collection of rare Pegasos from Spain, the three Bizzarrini Spyders, the display of Cords – including the evocative 1938 Phantom Corsair concept – BMWs celebration of the company’s 100th anniversary, Lamborghinis celebrating the groundbreaking Miura’s 50th anniversary, Duesenbergs, Ferraris, Rolls-Royce Silver Ghosts, Trans-Am cars, an impressive number of famous racing trophies with cars that won them, horseless carriages, wild concept cars by individual builders, motorcycles and many others.

Guest of honor was the affable Hans-Joachim Stuck, a legendary race driver who won Le Mans twice and was the 1985 World Sports Car champion, among many other competition victories. Stuck was a totally enjoyable presence at the concours, even demonstrating his famous yodeling skill. He was celebrated with a special class of about a dozen of his champion race cars.

A number of other famous drivers were seen at the concours, some of them judges, such as Brian Redman, Derek Bell, Al Unser Jr., Luigi Chinetti Jr., David Hobbs, Tommy Kendall and Jochen Mass.

The winner of Amelia’s two best of show awards were a pair of very different coachbuilt cars — a1930 Rolls-Royce Phantom II Sedanca de Ville bodied by Brewster, part of the JB Nethercutt Collection of California, that won Best of Show Elegance, and an odd-duck 1952 Pegaso Z-102 Cupola, a one-off created by in-house designers that took the Best of Show Sport prize. The Pegaso was brought to Florida by the Louwman Museum in The Netherlands.

The Amelia Island Concours once again strutted its stuff this year, demonstrating with its diverse collection of cars and personalities why it has become one of the greatest of concours events, second in the U.S. only to the granddaddy of them all, Pebble Beach.