BMW’s birthday, Cars and Coffee this weekend at museums 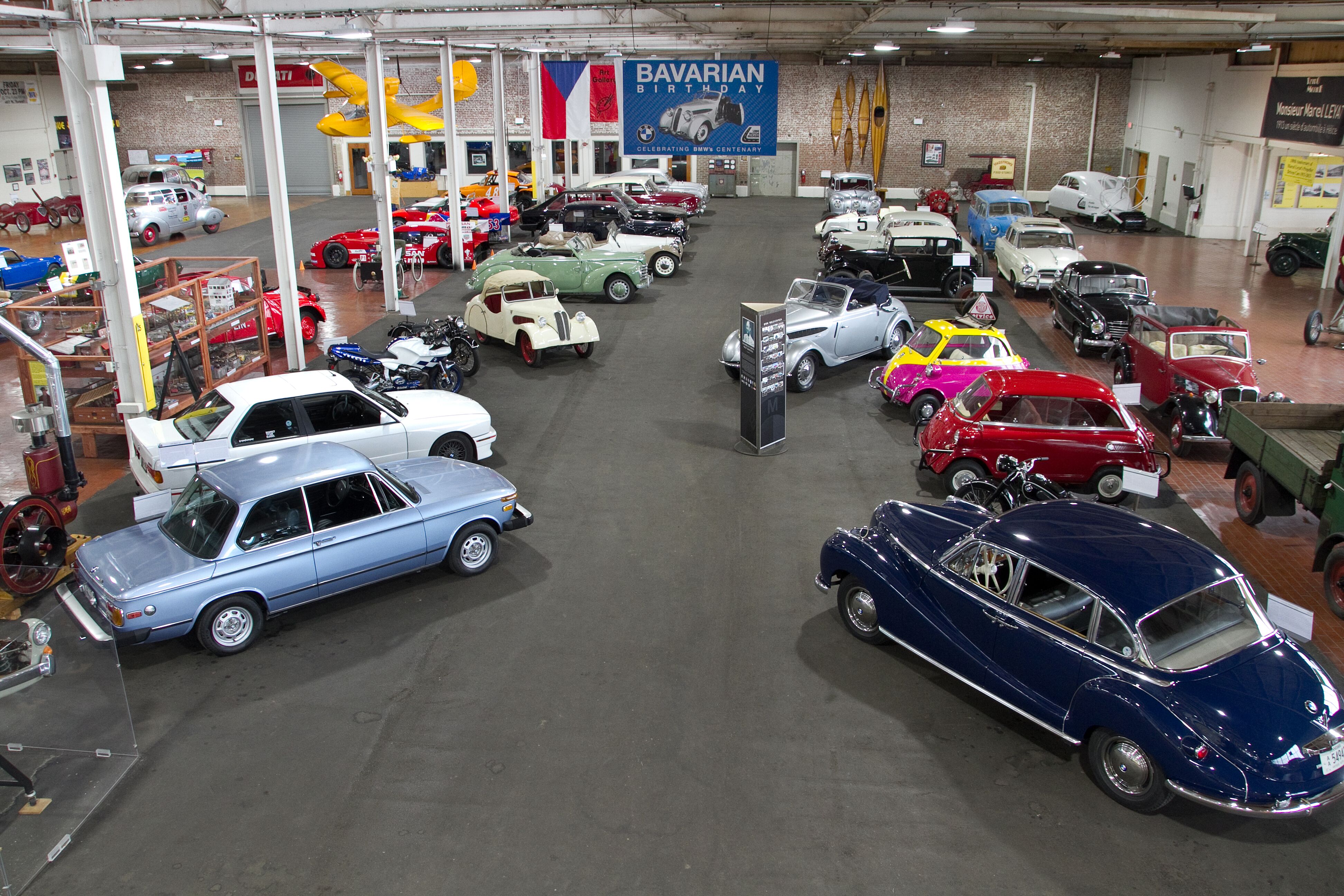 Today, the NASA Great Lakes region will have an open test day at the NCM Motorsports Park in Bowling Green, Kentucky, followed by a full NASA weekend Saturday and Sunday.

This Saturday is a demo day at the Simeone Museum in Philadelphia, Pennsylvania, where spectators will be able to see these cars in action: 1950 Allard J2, 1953 Jaguar C-Type, 1956 Mercedes-Benz 300SL, and a 1952 Cunningham C-4R.

The museum also has a special exhibit set to run from April 16 through May 1 that will display 18 road-going and competition cars from Subaru’s history.

The next class in a six-part series on the foundations of automotive photography at the museum is set for April 16 and will look at composition. Classes follow June 4, July 30, September 17 and October 29.   Additionally, the museum has announced it was awarded the AACA Plaque Award in recognition of outstanding achievement in the preservation of automotive history.

The Kansas City Auto Museum is holding a Cars and Coffee event Saturday from 8 to 10 a.m. in Olathe, Kansas.

The AACA Museum in Hershey, Pennsylvania, holds an Easter egg hunt on Saturday and again March 26, from 11 a.m. to 1:30 p.m., followed by the museum’s first car show of the season,  Cars 4 Critters, on April 23 to benefit homeless animals.

Next week, the Owls Head Transportation Museum in Owls Head, Maine, continues its Winter Education Series on March 26, with a presentation by David Percival, sidecar-motorcycle racer and owner of DP Motorsport, who is set to present “Sidecar Racing.” In April, writer and museum professional Mark Wilkins presents “The Lafayette Escadrille.”

The next speaker-series discussion at the Blackhawk Museum, located in Danvile, California, is scheduled for April 2 with Wayne Carini from Chasing Classic Cars, followed by Allen Grant discussing the 1965 Shelby Team Driver on Saturday, May 7. Along with the discussion will be the third annual Carroll Shelby Memorial Car Show.

On April 9, the Mullin Automotive Museum is holding Cars & Carriages from 9 a.m. to 3 p.m. The event celebrates French coachbuilders from the beginning of the automotive age through the end of the 19th Century.

The British Motor Museum located in Gaydon, United kingdom, holds themed workshops April 9. The first is a “Classic Virgins” experience day with museum experts going over the basics of buying and owning a classic car in addition to go over basic maintenance and give rides in a variety of classic cars. Later in the day, art teacher and accomplished pencil sketcher Richard Cook will hold a class, “Drawing from Automotive History,” discussing different techniques of drawing cars and look at things like composition, angles, and how to draw metal.

The following weekend the museum holds a workshop on how to photograph cars with Lara Platman.

The next Science Saturday at the National Automobile Museum in Reno, Nevada, is set for April 9 and goes over “exploring the Titanic with a passenger,” followed by “Exploring planet Earth” on May 14, “Roving Marz” on June 11, “Journeying to the moon” on July 9, and “food in space” on August 13.

On April 9 a tribute to the USRRC is planned at the NHRA Wally Parks Motorsports Museum in Pomona, California. The event celebrates the SCCA’s first pro racing series of 1963-1968.

The California Automobile Museum in Sacramento has several car-themed tours scheduled. The next trip is May 14-21 and goes to Cuba. The third trip goes to France from June 15-24 for the 24 hours of Le Mans, including a celebration of the 50th anniversary of Ford’s victory and the 25th anniversary of Mazda’s victory in the race.

“Museum in Motion” tours by the National Corvette Museum in Bowling Green, Kentucky, have begun. The next tours include a tour of the Tail of the Dragon on May 1-4 and the Marble and Glass tour through New England from May 19-22.

The museum holds its seventh annual “One lap of Kentucky” fund-raising event in October over the course of three weeks: October 11-15, 18-22 and 25-29. The event previously has been a one-day Corvette excursion led by the state troopers, but the event this year is open to enthusiasts of all different years, makes and models, and it is a multi-day drive visiting Kentucky’s significant landmarks.