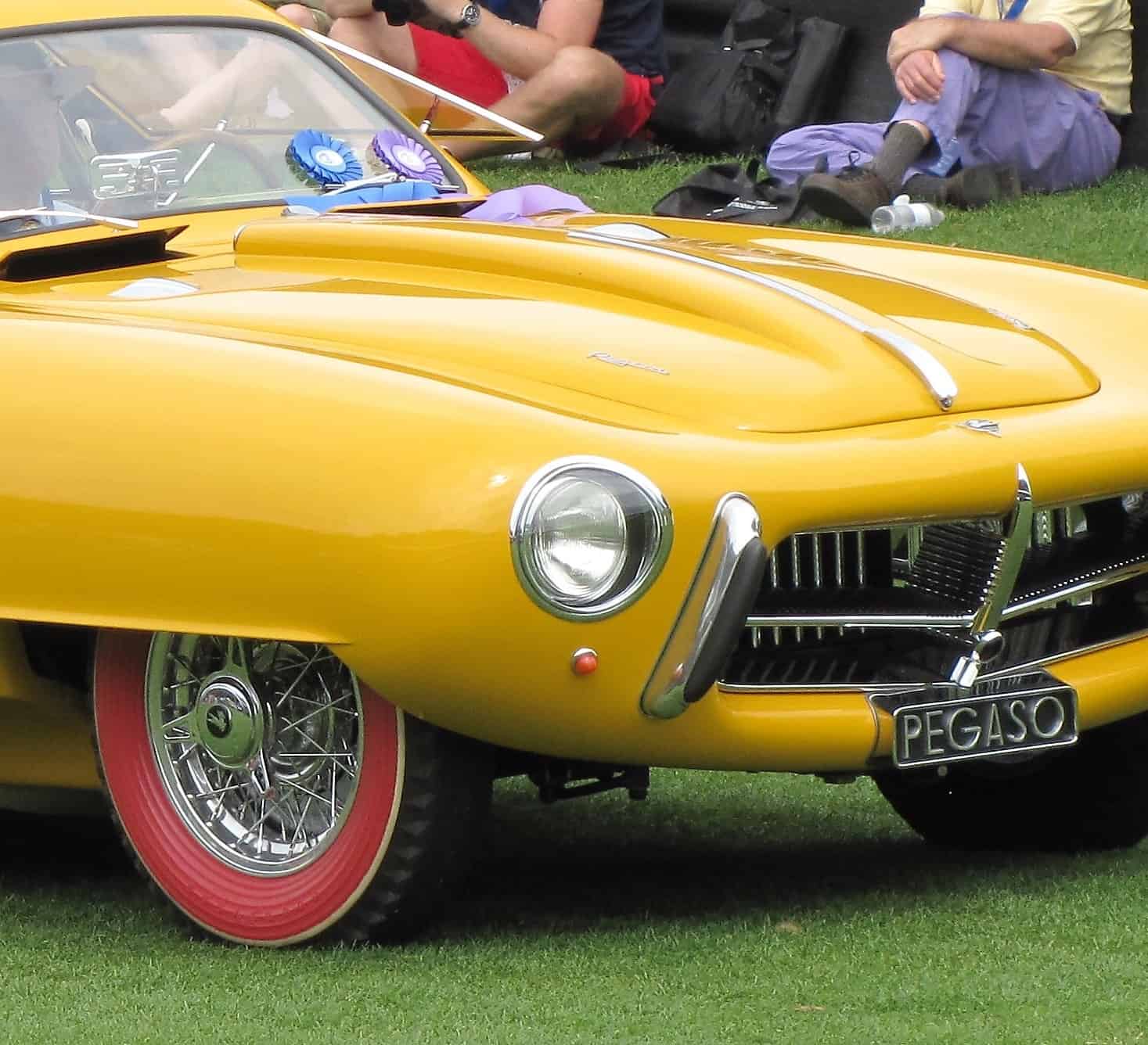 Two coachbuilt cars from far ends of the spectrum took home best-of-show honors Sunday from the Amelia Island Concours d’Elegance, capping off a well-attended event that was hurried along because of the looming threat of thunderstorms.

The winner of the Elegance prize was a 1930 Rolls-Royce Phantom II Sedanca de Ville, a spectacular classic with a formal limousine body created by Brewster. Part of the JB Nethercutt Collection of California, the Rolls is considered one of the finest town cars from the classic era, with a gracefully raked V windshield and a period rattan pattern on its real section.

The Phantom II has a Hollywood connection, too, once owned by 1930s film star Constance Bennett. The car even played a bit part in the movie The King and the Chorus Girl. Bennett owned the Rolls for a decade until her husband lost it in a poker game.

Pegaso, an exotic brand that built just 84 sports cars, was one of the featured marques this year at Amelia with some 15 of the rarely seen models on the show field. The winning car is owned by the Louwman Museum in The Netherlands.

Despite the forecast, the wet weather didn’t materialize and the 21st annual Florida concours continued its reign as one of the nation’s foremost classic car events, bringing some of the greatest and rarest vehicles to the fairways of The Golf Club at the Ritz-Carlton Resort.

More than 300 vintage cars were shown along with exhibits from a number of today’s top automakers, with thousands of spectators milling around the fascinating pieces of wheeled history.