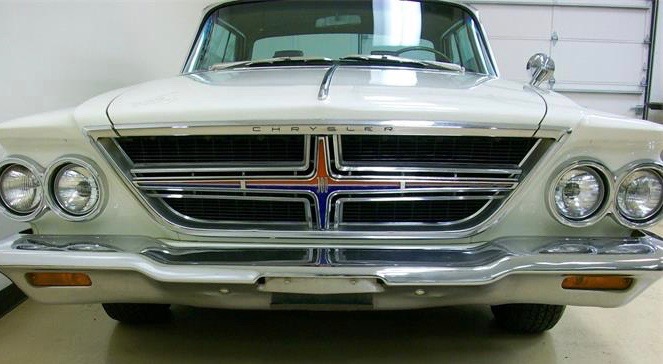 Starting with the 1955 model year, Chrysler rolled out a series of high-powered sedans, coupes and convertibles wearing “300” badges, the figure initially a reference to the 300 horsepower produced by the car’s hemispherically headed V8 engine — the most powerful of any American production car at that time.

The advertisement notes that this 300K coupe is a highly optioned car with air conditioning and factory power equipment — brakes, steering and windows.

The car was repainted in 1995 in its original color and was touched up in 2012, according to the ad, which notes that while the car is in Oswego, Illinois, it was a Texas car until 1986 and since then has been stored indoors out of the weather when not being driven.

“The car has been owned by the same owner for the last 21 years,” the ad notes, adding that it was purchased from a dealer “who certified the mileage, now has 28,823 original miles.”

The ad further notes that the car carries its factory-installed 413-cid V8 that was rated at 360 horsepower. The engine is linked to an automatic transmission.

Photographs show a car with a bright-red vinyl interior that appears to be in excellent condition.