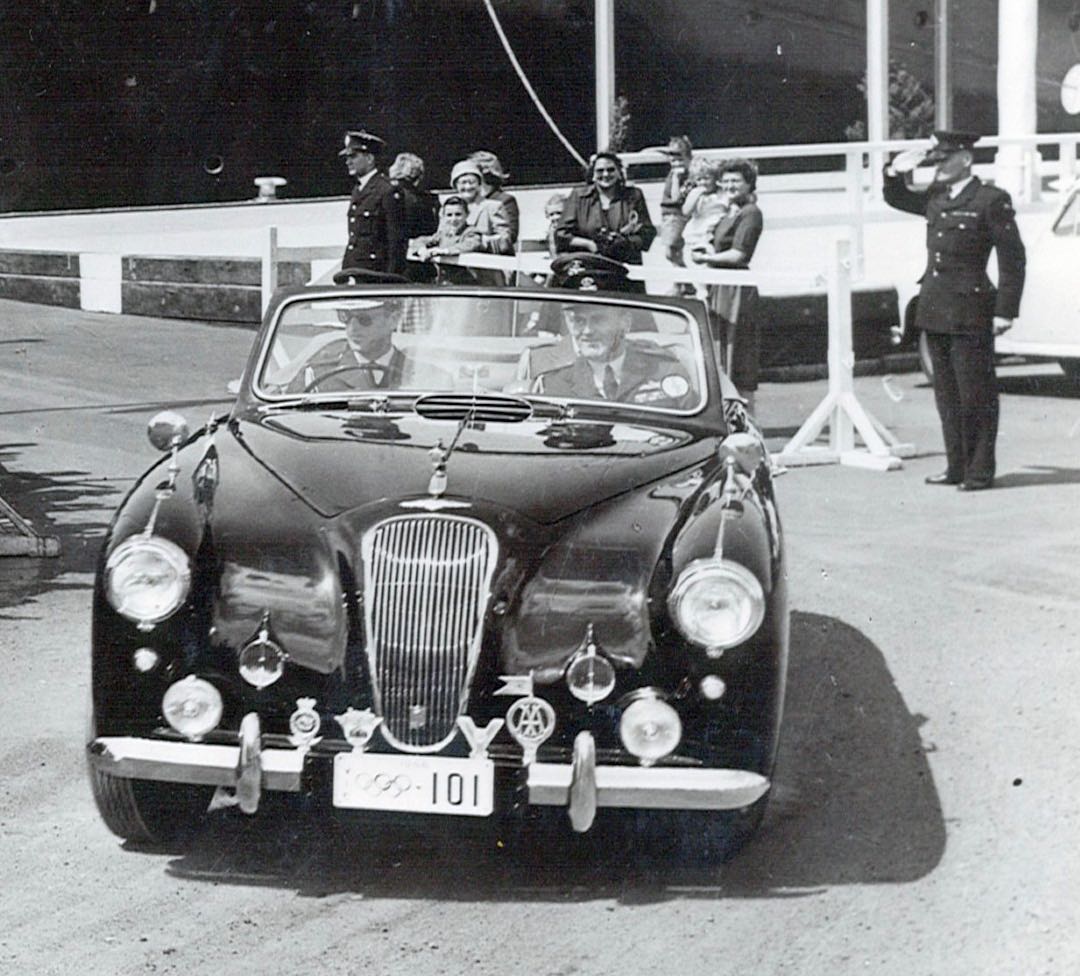 The car that won Aston Martin Lagonda Ltd its first royal warrant — the 1954 Lagonda 3-liter drophead coupe built to the special order of Prince Philip, Duke of Edinburgh — will be offered at H&HClassics auction April 20 at IWM Duxford, Cambs in England.

The car, in a bespoke shade of Edinburgh green with grey leather interior, was one of only 20 MK1 cars produced and was the prince’s personal car until 1961, often being driven to The Thursday Club, where he met with the likes of David Niven, Peter Ustinov and others, and to polo matches or to take Prince Charles to prep school at Cheam.

The car, featured in several period newsreel reports, including those from the 1956 Melbourne Olympics, shows only some 50,000 miles on its odometer.

“This car is part of our history,” Damian Jones, H&H sales manager, said in a news release. “The accompanying paperwork beggars belief.

“There is an amusing story about Prince Phillip driving Her Majesty through London in this car and being held up by a policeman on point duty directing traffic. When the policeman saw who was in the Lagonda, he did a double take and swiftly waved them on.”

As well as such unusual options as a power hood and floor-mounted shifter (both subsequently adopted for later production), the car has an extra extra vanity mirror — reputedly installed so the queen could adjust whatever hat she was wearing. The car also was equipped with a radio telephone.

To make certain that the car would never “fail to proceed’”in public, Aston Martin Lagonda sent staffers to The Royal Mews and Windsor Castle, sometimes on a weekly basis, throughout the duke’s seven-year ownership.

The car traveled to Australia for the Olympics aboard the royal yacht Britannia.

Considered a “spirited” driver, the duke reportedly held the unofficial record for the 98-mile run between Bath and London while a Naval officer.