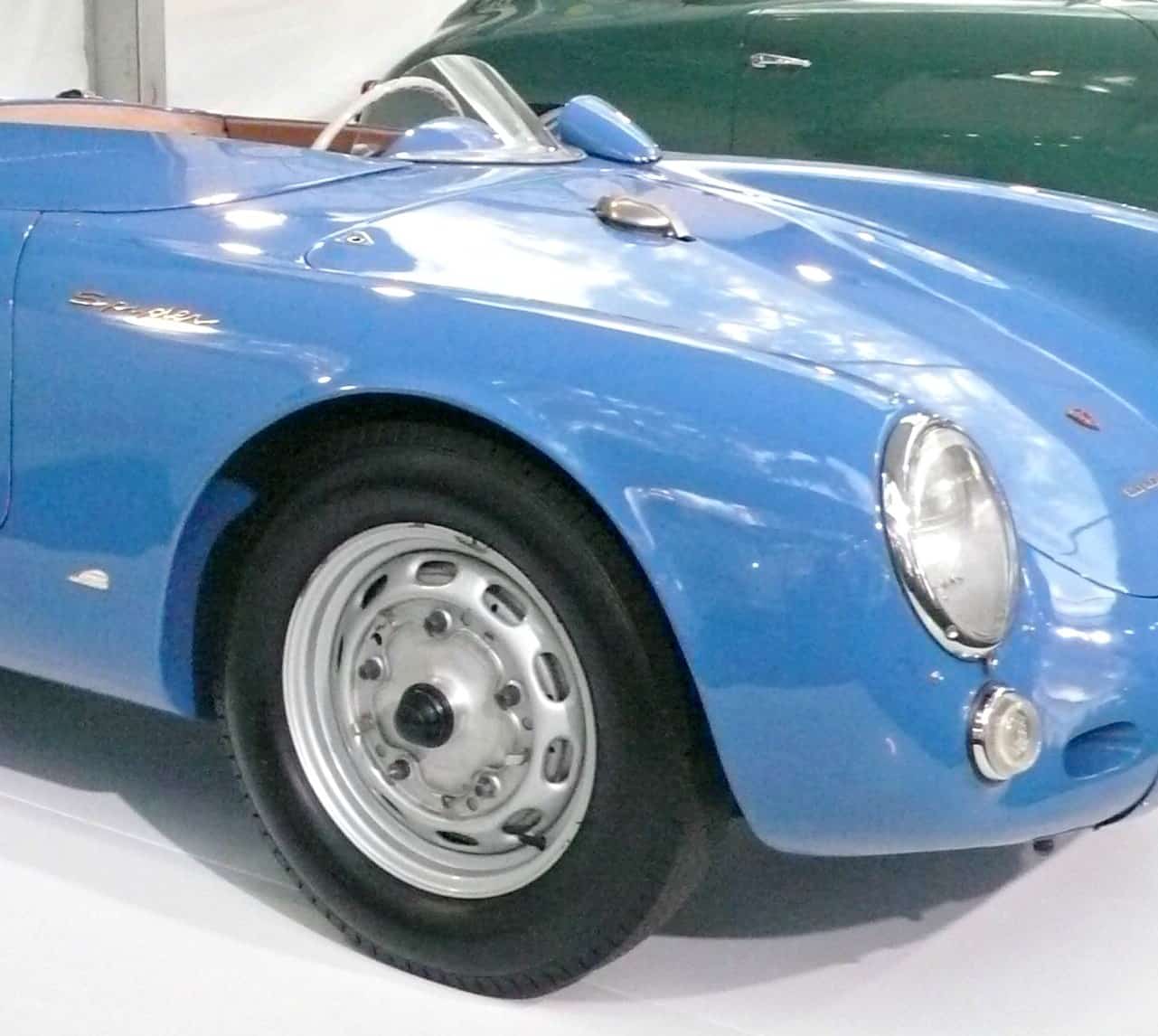 The rumor mill was churning before the sale Friday of comedian Jerry Seinfeld’s cars at Gooding & Company on Amelia Island, Florida. The 16 spectacular Porsches and two modest Volkswagens were in stunning condition, either impeccably restored or strikingly original, so there was quite a bit of value in the room even without the Seinfeld ownership.

But how would the celebrity cachet of Seinfeld, well-known as a discerning collector of Porsches as well as a mega TV star, effect the bidding? Would it spike the values exponentially as has happened before with cars once owned by Steve McQueen, or the recent sale of Janet Joplin’s psychedelically painted Porsche 356, which went through the roof?

And anticipation was high that Seinfeld might show up on the auction stage. Which he did, chatting about his cars with auction house CEO David Gooding as scores of onlookers recorded the exchange on their cellphones.

But the big price bump for his cars did not materialize Friday as they crossed the block in a fairly routine progression of bids and counter bids, none of them astoundingly high or low. That is, until near the end of the 18-car group, when a lowly 1960 Volkswagen Beetle came up on stage.

Sure, it was a super-nice Beetle, a remarkable survivor in immaculate original condition that had traveled just 15,500 miles since new. But still, the result for this little 36-horsepower bug was surprisingly: $110,000, plus auction fee, which was way above the high estimate or any reasonable expectation. How else to explain it but the Seinfeld connection?

(All results reported here, unless otherwise noted, are hammered prices observed during the sale and do not include the 10 percent buyer’s fees.)

Otherwise, some of the cars sold maybe a bit higher than usual, but nothing really notable. Sixteen sold on the block, and two of them were no-sales after failing to meet reserve, including the top dog of the Seinfeld pack, a 1973 Porsche 917/30 Can-Am Spyder race car that carried a pre-auction estimate of $5 million to $7 million. It was rolled off after bidding reached only $2.8 million.

“I’m not giving cars away,” huffed auctioneer Charlie Ross as the 917 left the stage.

(Editor’s note: the 917 was sold after the bidding for $3 million, including auction fee)

The other no-sale was one of the newest cars of the collection, the 2000 Porsche Carrera GT Prototype, which failed to sell after reaching $1 million, which was $500,000 below the low estimate.

The other Volkswagen offering also sold well. A pristine 1964 camper bus conversion by EZ Camper was reportedly lightly used by the comedian in recent years for local errands, and it shows less than 19,000 miles. The camper hammered for a stout $90,000.

Overall, a strong sale of some great German cars, although perhaps lacking the strong boost in values speculated to happen because of the Seinfeld connection. Not that there’s anything wrong with that.