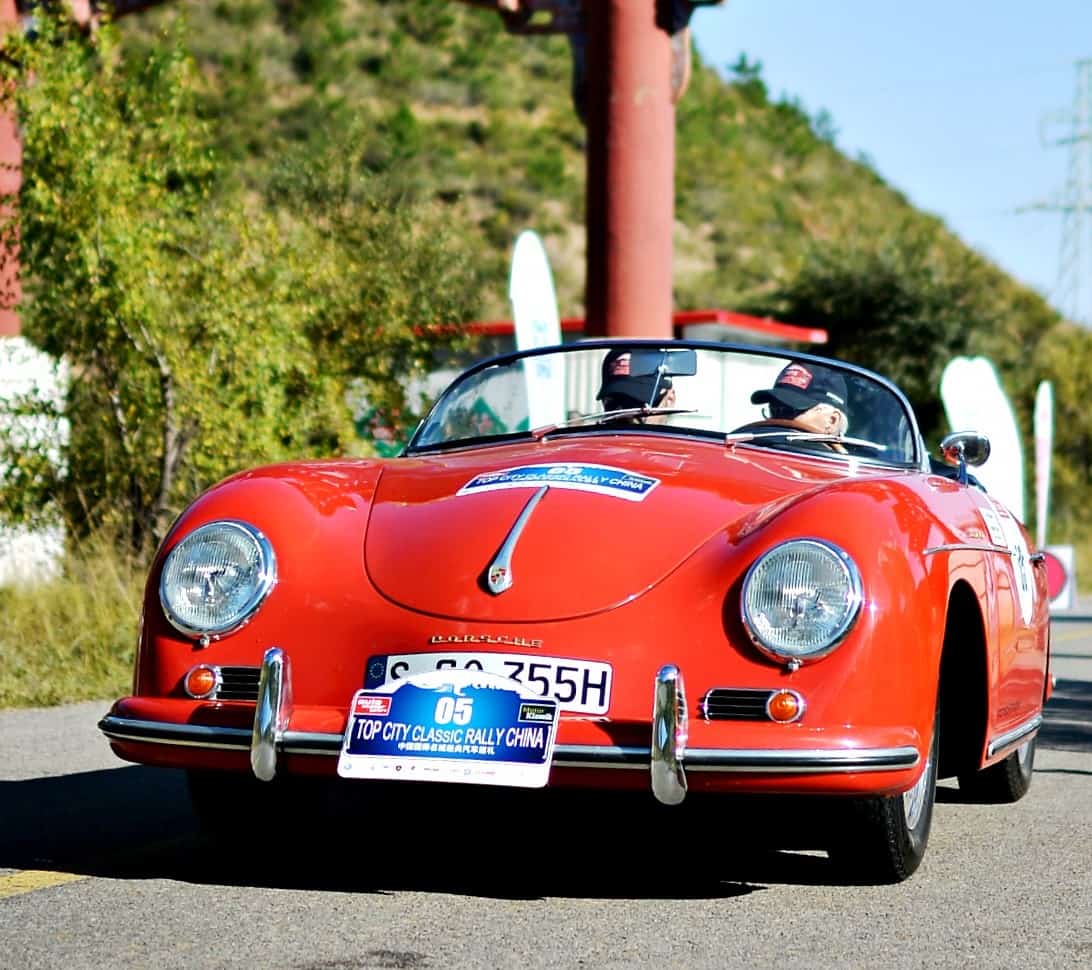 Porsche’s “Rolling Museum” hits the road again this spring, taking classic sports and racing cars from the automaker’s Stuttgart collection to some of the world’s most prestigious automotive events.

Starting with two cars – a 1955 356 Speedster and a 1956 356 A coupe – in the 1,000-mile California Mille from April 24-28, the Porsche Museum will have a presence at such international events as the Targa Florio Classica in Sicily, the Ennstal Classic in Austria and the Top City Rally in China.

The Porsche Museum prides itself for its outreach and participation in historic events with its valued collection rather than leaving the cars on static display. During 2015, the museum participated in 280 vehicle appearances.

“With its concept of the ‘Rolling Museum’ Porsche is taking a very special approach,” according to a Porsche news release. “Practically all of the museum exhibits are roadworthy and thus fulfil the original purpose for which they were built: to be driven.”

At the Targa Florio in May, Porsche celebrates two significant anniversaries: 60 years since Porsche’s first victory in the Italian race and the 100th running of Europe’s oldest endurance competition. To mark Porsche’s 1956 victory, Dutch racing driver Gijs van Lennep, who won the Sicilian road race in 1973, will drive a former participating vehicle, the 911 RSR. The four-day Targa Florio Classica begins May 5 in Palermo.

Other events that will host historic Porsches from the museum include:

• The Historic Grand Prix of Monaco on May 13-15, a first-time appearance by the Porsche Museum, which will have a 1961 Formula 1 car and a 1960 Formula 2 car performing demonstration runs.

• The Paul Pietsch Classic through southern and central Germany, in which actor Richy Müller will drive a 1991 944 Turbo convertible.

• The Porsche Museum will take part in a number of time-speed and reliability runs during the Saxony Classic from August 18-20.

• On August 25, Müller and Siefried Raunch will drive historic Porsches in the Hamburg-to-Berlin Classic.

• The museum will finish out  2016 events in China with the Top City Classic Rally, initially staged from September 17-20 around Peking and from September 24-27, starting out from Shanghai.