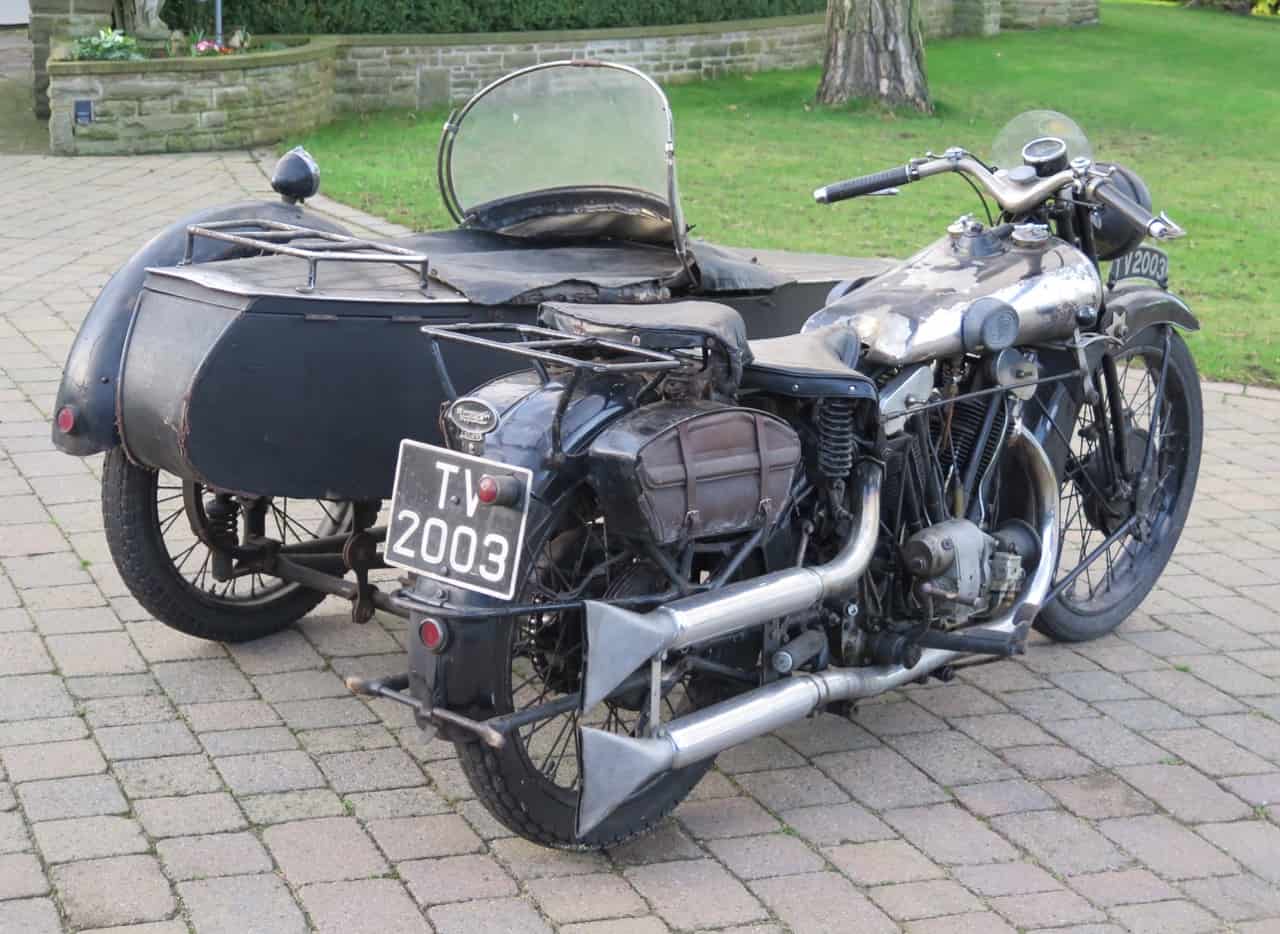 One of only 21 Brough Superior SS100 motorcycles made in 1930, and believed to be the only one that left the factory with a sidecar, will be offered for sale at H&H Classics auction April 19 in Duxford, England.

In its news release, H&H notes, “The Brough Motorcycle marque will be forever associated with T.E. Lawrence, known as ‘Lawrence of Arabia,’ who bought one of the first SS100s in 1925 having previously owned three Brough SS80s. The crash that would end his life came while riding another SS100, on a narrow road near his cottage in 1935.”

“The fact that this magnificent motorcycle is unrestored only adds to its attractiveness for specialist collectors who might decide to restore or, indeed leave it in its present good condition much as it left the factory 86 years ago,” George Beale, H&H Classic motorcycles director, said in the news release.

“It has been owned by just four previous owners, the last, the current vendor, Frank Solano has loved and used it on many rallies for the past 26 years.”

The bike has a Bentley and Draper spring type frame, No. S 1017, with a J.A.P overhead valve ‘V’ twin 994cc engine, No. JTO/W 91700/SC.  It is fitted with a four-speed gearbox rather than the standard three-speed.  H&H said that according to the Brough Club, the gearbox number indicates that this would have been fitted in 1933 and more than likely at the Brough factory. Records show the car was returned to the factory after its original purchase and changes were made, including a twist-grip throttle instead of the original lever-type throttle, before it went to its next owner.

Normally sidecars were fitted to the SS80 models designed with a more sedate side-valve engine than the sportier SS100 overhead-valve model. The sidecar is a Cruiser model fitted with a special sprung frame which was introduced in 1928. The earlier rigid frame ones caused handling problems when fitted to the Bentley- and Draper-framed machines.

“I have owned TV2003 for a very long time and have travelled many miles with this bike to Austria, Switzerland, Germany, Italy, Spain, Norway, Sweden and Portugal on very many Brough rallies as well as all the annual rallies of the Brough club,” bike owner Frank Solano is quoted in the news release.

“As president of the club for a short while I was very active with this bike. I cannot recall how many miles I have done on the bike but I do remember all the enjoyment my wife Luise and I have had with it, as well as my grandson Derek. I liked the bike to the point of having a solid-silver model created so I will very never forget her.”

To see a video of the bike in motion, visit the YouTube site.