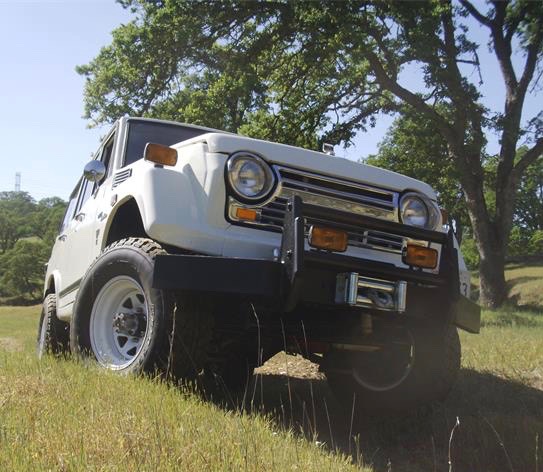 Classic sport utility vehicles have become increasingly popular with the classic car community. They’re even getting their own versions of vintage rallies.

For example, last fall, the organizers of the Copperstate 1000 vintage sports car rally in Arizona launched a new event, the Copperstate Overland. For several days, owners of classic SUVs took their vehicles across the desert and up mountain trails to explore some amazing scenery and spend evenings “glamping” with exotic, chef-prepared meals and nights in tents the likes of which we never saw back in the Boy Scouts.

So as vintage SUVs have become popular, it figures that they would experience all the same updates as other classic vehicles. Thus our Pick of the Day is this resto-mod 1973 Toyota Land Cruiser FJ55. 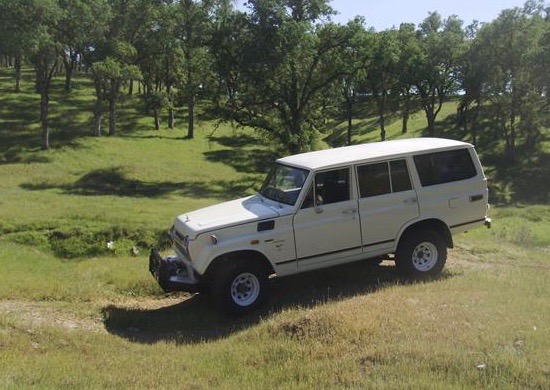 From the outside, it looks stock. But open the hood or the doors or look underneath and you’d see that things have been updated.

For example, instead of the Toyota straight six there’s a 1963 Chevrolet 327-cid V8 under the hood and, according to the advertisement on ClassicCars.com, that small block has updated smog heads that have been ported and polished; Manley valves, rocker arms and pushrods; Edelbrock RV cam, intake and quadrajet carb; Mallory Unilite electronic ignition; Pete Jackson gear drive; as well as an electric oil pump, twin oil filters, thermostatically controlled oil cooling and Corvette cast exhaust manifolds.

The seller says the body was stripped to bare metal and painted inside and out with custom coating on all lower panels to better fend of rocks and other off-pavement obstacles.

And there’s “much more,” according to the ad, which suggests you take a look at the 45 photos included. We did. They show modern bucket seats in a restored and updated interior.

The asking price is $45,000 or best offer for a vehicle that looks like it’s ready for any overland adventure.