So I’ve been driving a 2016 Lincoln MKX and two thoughts came to mind within my first few miles behind the wheel:

I’ll get back to the switchgear, which was just frustrating because I find the other question not just frustrating but truly sad. Once upon a time, Lincolns were indeed cars to be desired, and some still are among collectors. Consider the Model Ks of the 1930s with their elegant coachwork, the early Zephyrs, the original Continental, even the post-war Continentals, and the Cosmopolitan and Capri, the Mark II and III and Premiere, the Mark IV and V.

Though it is Ford’s luxury brand, Lincoln has pretty much become the tolerated but not really loved stepchild of the Ford Motor Company. Henry Ford didn’t like Lincoln, a brand founded by his arch-rival, Henry Leland, though he did like being Leland’s boss until Leland and his son couldn’t tolerate it any longer and left.

But while Henry Ford didn’t like Lincoln, the brand was his son, Edsel’s, passion, and Edsel used the acquisition to incorporate styling into his father’s series of square-cornered cars. The original Continental was Edsel’s own car, and one of his sons, William Clay Ford, gave us the modern interpretation, the Mark II coupe, in the mid-1950s.

Driving this new MKX got me to thinking about Lincoln’s once-proud history and to wonder what could have been done or still might be done to make it not only viable but vital once again. My first thought was that instead of badging its new, turn-of-the-century luxury roadster as the Ford Thunderbird, that 2002 model should have been a new Lincoln, perhaps not a Continental but certainly a Cosmopolitan, or even the Premiere of a whole new Lincoln lineup.

Alas, while Cadillac gets modern cars such as the CTS, and while brands from Audi to Lexus send over cars that offer luxury accoutrements, contemporary design and delightful dynamics, Lincoln has its somewhat bulked-up Fords. 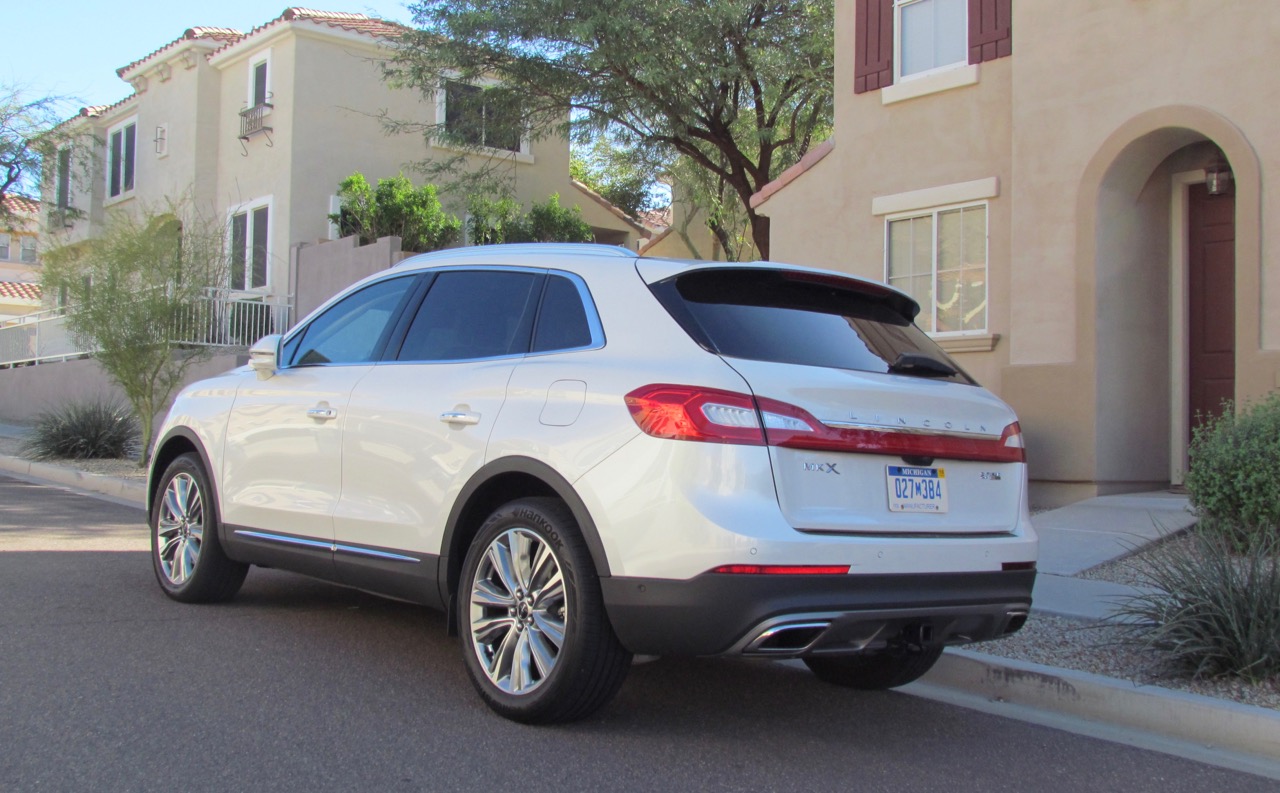 So what happens when that’s the philosophy behind a vehicle? You get something like this 2016 Lincoln MKX, a fancied-up Ford Edge. Yes, there are luxury accoutrements, but at the cost of thousands of dollars and nearly 400 pounds more curb weight.

The specs sheet says the 2.7-liter EcoBoosted V6 engine is good for 335 horsepower and 380 pound-feet of torque. But with the added weight of the luxury features and all-wheel drive, this is no quick and nimble wagon. At least it runs on regular unleaded fuel, though at a rate of 17 mpg in town and only 24 on the highway.

While neither quick nor nimble, the MKX is comfortable, but then it should be, what with its $47,650 base price and $63,275 as-tested sticker.

And it seems oxymoronic to me that a luxury car needs any sort of “luxury” option package.

But then I’ve also been baffled by the Lincoln switchgear, from the push-button transmission controls that cascade down the left side of the center stack to the array of array of small HVAC buttons to the complicated procedure for changing from AM to FM to satellite radio sources to just figuring out what to push so you can actually see that navigation screen.

And while I’m at it, the array of lights that warn the driver of slowed traffic head look like they were an afterthought cobbled into a hole cut into the top of the dash rather than something integrated into the interior design.

Lincoln launches a new Continental, a new full-size sedan, for the 2017 model year. Could this new flagship vehicle mark, at long last, a renewal for the entire brand? Or might at long last actually prove to be simply too late?