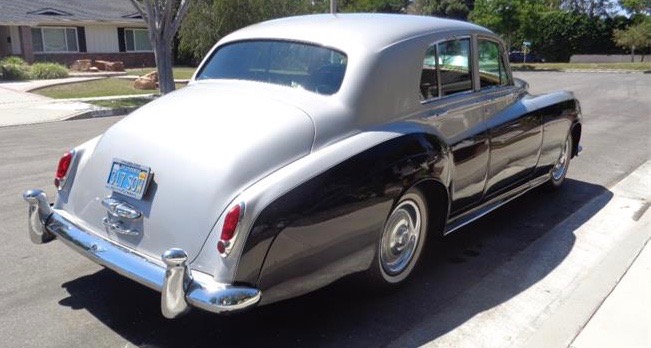 Were this a collector car auction catalog and the description included the following: “Two owners from new,” “Every system painstakingly restored,” and “Bentley,” you’d probably expect to see an estimated valuation of well into six figures. But the seller of our Pick of the Day is asking only $44,000 for this 1960 Bentley S2.

How could that be?

“This is an excellent example for those who prefer to enjoy their Bentley rather than just look at in the garage or on the lawn of a Concours event,” the advertisement for the car on ClassicCars.com notes.

“The owner of this car has done much of the work/maintenance himself during his 20-year ownership. He purchased it from the original owner here in Southern California. For the next 10 years, the current owner painstakingly restored every system on the car. It took him nearly 2 years alone to do the woodwork on the interior.

“The engine was rebuilt about 10 years ago and recently, he rebuilt the transmission as well as upgraded the brake system. Unfortunately, the owner has some health issues and is no longer able to work on the car himself, which is what he truly enjoys.

“If you are in the market for a value-priced Bentley that is ready to be driven and enjoyed, then look no further. The owner of this car spent tens of thousands of dollars restoring and maintaining this car. He was very active in the local Rolls/Bentley Auto Club as well as a reputable concours judge.

“The car comes complete with records of the service, detailed shop manuals (Over $100 each), owner’s manual, tool kit ($1,500 value), and extra keys.”

Photographs in the ad show a vehicle that is immaculate inside and out. The car has left-hand drive, is painted silver and black, has a black leather interior, factory air conditioning and California blue plates.

The ad notes that the S2 was produced from 1959 until 1962, was based on the Rolls-Royce Silver Cloud II, and features a 6.2-liter aluminum V8 instead of the former straight-6 engine.

The elegant sedan is located in Costa Mesa, California.