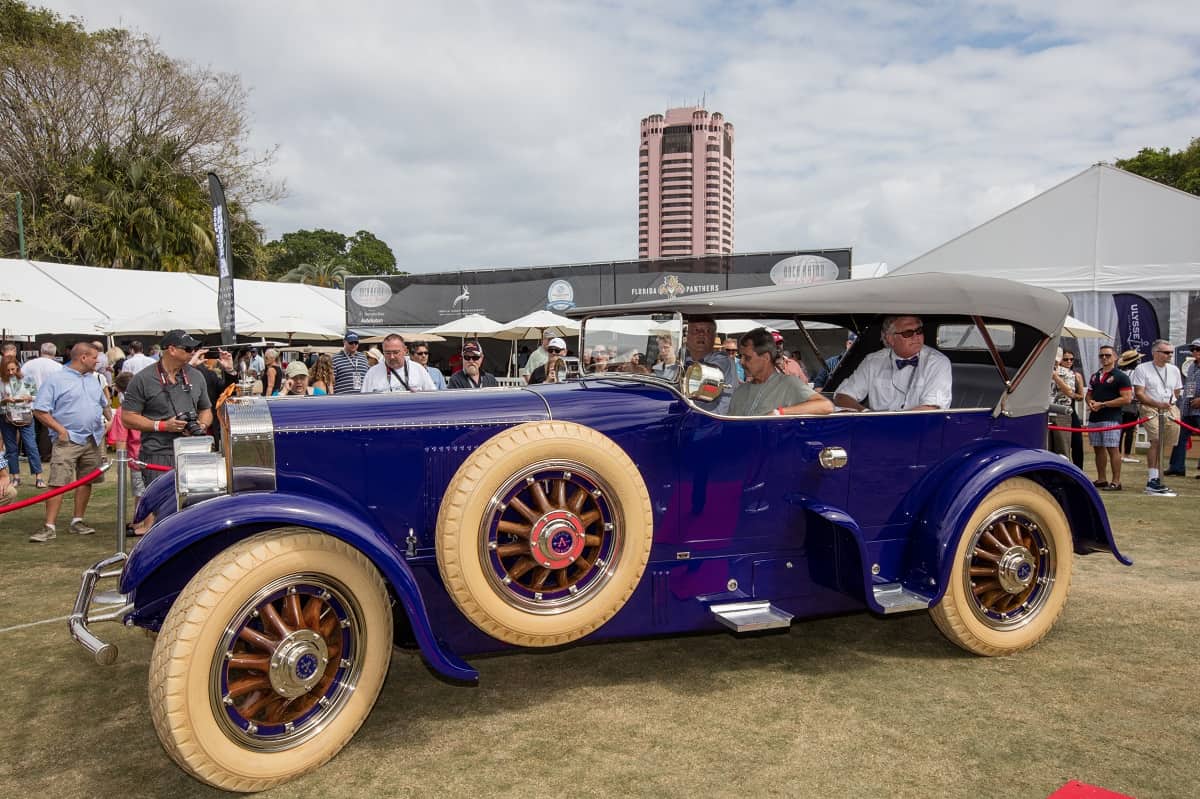 Awarded Best of Show at the 10th annual Boca Raton Concours d’Elegance was a 1919 Pierce-Arrow 66A-4 formerly owned by Roscoe “Fatty” Arbuckle.

A century ago, Arbuckle was one of the most popular silent movie stars and one of the first to earn an annual $1 million salary. In addition to acting in silent films, he worked as a comedian, director and screenwriter.

His famed Pierce-Arrow started with the 66A chassis that came with an 825 cubic inch six-cylinder engine, the largest production engine of the time. The coachwork was designed by a young Harley Earl, who had previously done two other vehicles for Arbuckle.

Earl, who would become styling chief at General Motors, had worked for his family’s Earl Carriage Works, but that company was enfolded into Don Lee Coach & Body Works in 1919 so the Arbuckle Pierce was classified as having a Don Lee touring body.

Custom modifications include a secret compartment used to smuggle liquor during the prohibition-era, mahogany compartments in the backs of the front seats, and oversized headlights. The price of the custom build was approximately $31,000 at a time when the average family had an annual salary of $1,500.

The Pierce-Arrow was restored in 2007 by Lon Kruger of Scottsdale, Arizona. Since then, the car has won awards at Pebble Beach, Amelia Island, and Pinehurst and has spent time as part of the Blackhawk Collection. Robert S. Jepson Jr. of Savannah, Georgia, purchased the car in 2014.

Also at the recent Boca Raton concours, a 1915 Yale Model 57 owned by Bryan Caskey of Vero Beach, Florida, took best of show for the motorcycle class.

Other highlights of the event included Wayne Carini as Grand Marshal with Jay Leno in attendance as a celebrity judge. The show attracted over 7,000 people and benefited the Boys & Girls Clubs of Broward County.