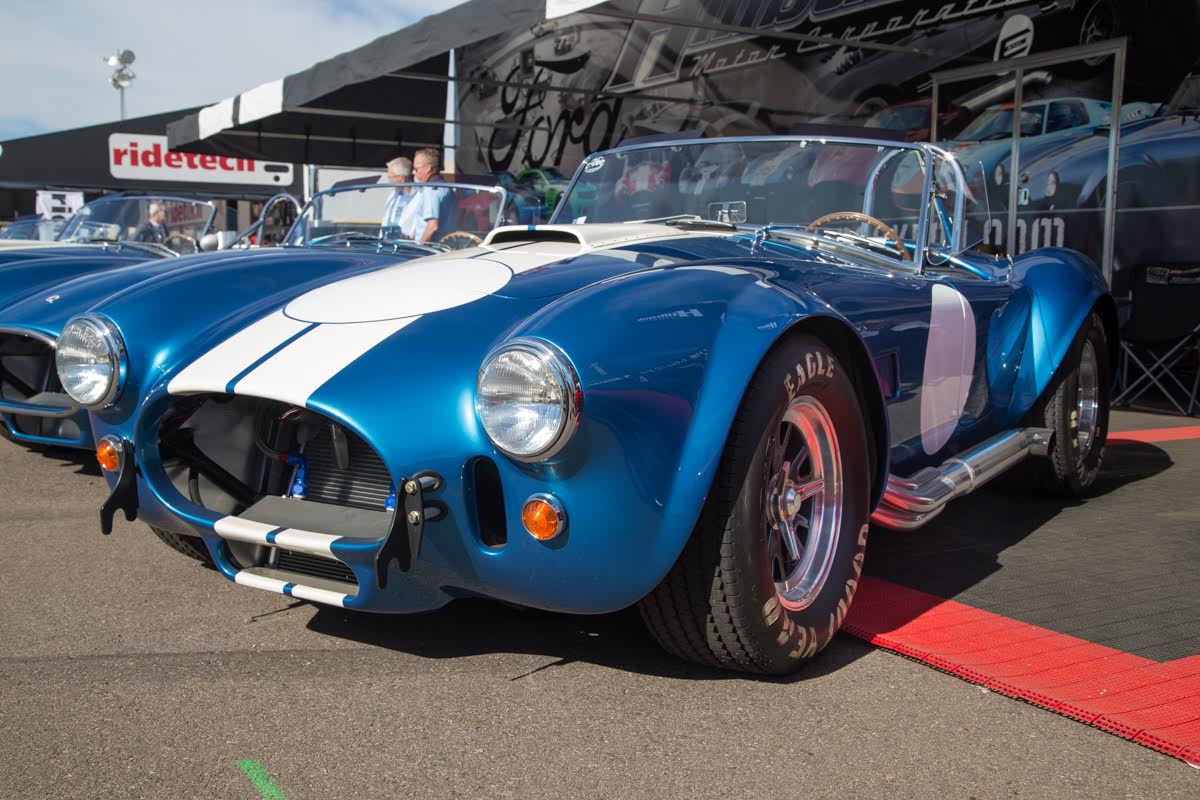 Superformance, which produces continuation and replica cars, launched a continuation Ford GT40 about the same time last year that the new Ford GT made its debut at the Detroit auto show. That timing helped result in more than 150 of the Superformance cars being sold in their first year of production (or is it reproduction?).

Coupled now with the 50th anniversary of the GT40’s victory over Ferrari in the 24 Hours of Le Mans race and the recent passage of federal legislation making it easier for low-volume manufacturers to produce vintage-looking vehicles, Superformance chief executive Lance Stander anticipates accelerating growth of his industry.

Stander has been a part of the $305-bilion highway bill almost from the start.

Recounting the timeline for Classic Car News, Stander said it was around 2002 when he and others helped push the passage of the Specially Constructed Act in California. The law made it possible to register replica vehicles in California, but Stander saw that as just the start.

He had his sights set on a federal version.

“Senator Campbell got involved and really helped us a lot, but the last straw was when SEMA got involved and from then on it actually moved pretty fast, all things considered,” Stander said. “It made a big difference.”

Under the federal bill, companies such as Superformance can produce as many as 325 reproduction vehicles with a full powertrain each year of a model that’s 25 years old or older. Such vehicles do not have to meet current safety (crash-test) standards.

“Our cars will not meet all of the safety standards because it’s difficult to do a 1960’s car and have those things work,” he said.

Stander said the bill will have a positive effect and will help create jobs and exports.

Ultimately, he said, it will open doors for the smaller manufacturers to develop products. According to Stander it was very difficult for low-volume manufacturers to work with hybrid concepts unless they had a significant amount of money. However, with the bill’s passage, he said Superformance has looked into doing hybrid versions of the classic cars.

“We have a lot of guys who are excited about the idea of an all-wheel-drive electric Cobra,” he said. “I mean, it would be incredibly fast, so yes, it will open doors to all that kind of development in the industry which was previously impossible to do before.”

Stander told Classic Car News that Superformance recently produced a Cobra car to be driven in China with traction control, anti-lock brakes, air conditioning, power steering and is fully emission compliant with catalytic converters. It even had a decibel rating under 70 to meet sound restrictions.

“We know it can be done with our cars and this bill is going to make it possible for us.”

Currently, customers can opt for some “creature comforts” when ordering a continuation vehicle.

However, he added, when it comes to Cobras, customers typically tend to be more traditional. Most of the owners want the traditional look and feel.

“We basically started with the Cobra, progressed to the Shelby Daytona Coupe, then did the Ford GT40, and meanwhile spent many years knocking on General Motors’ door so that we could get the license to do the Chevrolet Corvette Grand Sport,” Stander said.

“GM has a successful program with an incredible amount of cars, parts, engines, transmissions, all connect-and-go as they call it. We have that but haven’t gotten the match on the Ford side, which we hope to have by the end of the year.”

During this transitional period, Superformance plans to continue building project cars, which it will take to SEMA’s test facility to verify emission complacence. “We will go from there,” Stander said.

He also admitted that Superformance is looking at other vehicle types as well. “There might even be a Porsche on the horizon,” he said.