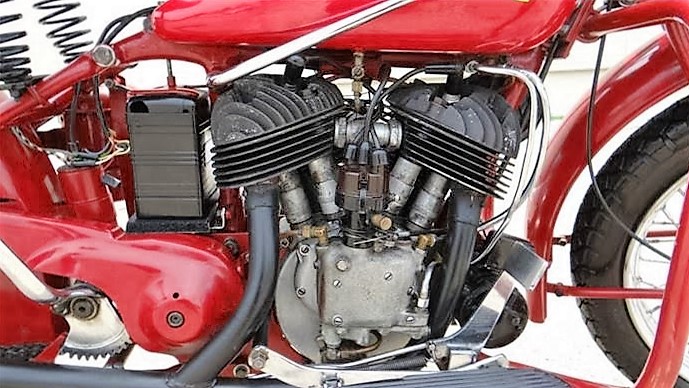 Are you looking for a pre-war American vehicle that has style, performance, a storied history and eligibility for some fantastic events? If so, then this might be just the vehicle.

The Pick of the Day is a 1941 Indian Sport Scout that could provide entry to the world of pre-war motoring at a reasonable price.

This Sport Scout is a 741 export model built for the Allied military forces overseas during World War II. Another interesting footnote for Indian is that a Sport Scout won the first Daytona 200 motorcycle race in 1937.

According to the Dallas dealer listing the bike on ClassicCars.com, this is a largely original motorcycle, still wearing its European wartime-spec blackout lighting. The bike is not running but is complete, the dealer says, and would make a perfect spring project for a mechanically inclined owner.

After you get it running, here’s what you could do with it. Enter your Indian in The Race of Gentleman, either the East or West Coast version, where you could race it on the beach with other vintage motorcycle owners, hang out at the beach parties and be one of the few racers who has a vintage Indian. Of all the events I attended last year, the Race of Gentleman is easily my favorite, and I actually hope to race in it this year.

The dealer’s asking price of $15,000 appears fair, and you would be hard-pressed to find a pre-war vehicle with this kind of history for this kind of a price.

Yes, I know it is not currently running but the support for classic Indian motorcycles is fantastic and any part you might need is available. They are also simple motorcycles to work on, and this could be a fun and rewarding project for its new owner.