The cars of the 2016 primary presidential front-runners 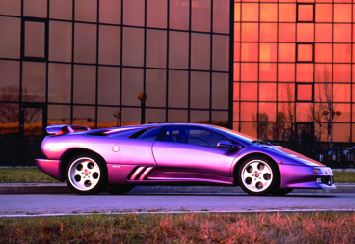 For most, what car a presidential candidate drives may seem like a minor detail, but for gear heads it can give insight into the candidates and whether their lifestyle agrees with their verbal stand on issues like the environment. Driving their own cars may reassure voters that the candidates are in touch with reality, paying for fuel, tolls, and dealing with traffic and road conditions.

Clinton confessed to the National Automobile Dealers Association’s convention in New Orleans, in 2014 that she hasn’t driven a car since 1996. Being a former first lady, Secretary of State, and senator, she relies on the Secret Service to chauffeur her around.

However, Clinton provides her drivers with a Dodge conversion van that the press has nicknamed the “Scooby Van.”

According to US News, her first car was a 1963 Oldsmobile Cutlass that she had purchased for $120 while going to law school. “It had seen better days,” she said at the convention, adding that the Cutlass had trouble starting on winter days.

“I didn’t know what to do and I had no money. I concluded that it was the cold – and the battery would get cold, and that’s why it wouldn’t start.” To solve the problem, Clinton said she started lugging the battery into her dorm room every evening to keep it warm. She admitted, “That was the limit of my understanding.”

Sanders gets from place to place in a Lincoln SUV which The Street reports gets approximately 20 miles per gallon.

In December of 2015, Sanders said, “When the Ford Model T first came on to the market in 1908, it got 13 to 21 miles per gallon of gasoline. That was almost one hundred years ago, but in 2015 there are still cars being manufactured that get the same gas mileage as the very first internal combustion engine.”

When he isn’t in his black-on-black SUV, that he shows up to press events in plug-in cars like the Chevy Volt.

The billionaire real estate mogul turned presidential hopeful has an impressive collection of vehicles. Trump is a Rolls-Royce fan. One of his first cars was a ’50s era Rolls-Royce Silver Cloud. Most recently, Trump has been seen riding in a new Rolls-Royce Phantom. According to the Business Insider, among his other Mercedes and McLarens, one of his most notable vehicles is a 1997 Lamborghini Diablo VT roadster finished in Le Mans Blue, one of only 200 ever built.

According to US News, Cruz is the proud owner of a BMW 3 Series.