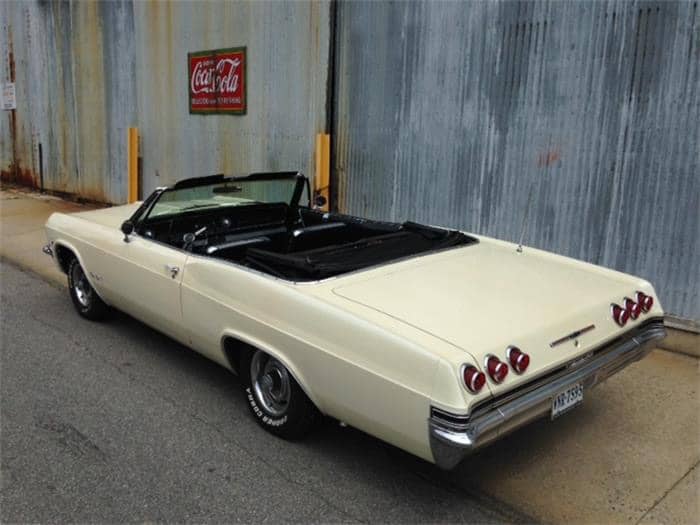 We tend to think 396 when we see the letters SS behind the Chevrolet nameplate, but back in the day, SS was a trim level that was applied to full-size cars with engines that had only six cylinders.

But consider that the asking price on this car is $28,500, and the photos show a car that lives up to the words in the seller’s advertisement on ClassicCars.com. 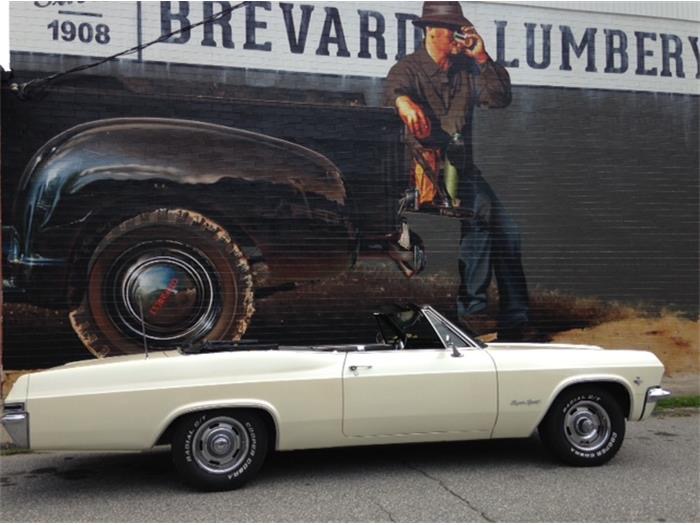 “Real ‘SS’ 1965 Impala convertible,” that ad notes, “correct 283 V8 with automatic transmission. All original and correct except for the Off-white pearl paint which looks great on car.”

Good on the seller for admitting that the “engine is not spotless,” and for explaining why, “because car is my week-end driver to cruise-ins and fun.

According to the ad, the car has power steering and brakes and top, and the top is “fairly new” and has a glass backlight. The tires are new radials and are mounted on “Ralley” wheels.

“Seats are in great shape, no tears or stains,” the ad notes. “Floorboards and frame are solid.”

The seats “are believed to be factory original based on backing and stitching,” according to the ad. “Carpet is older but still very presentable and also believed to be original.

“Dash pad in great shape, all windows in good working order. Heater works wonderfully. Not a perfect show car but is very nice, dependable and fun to drive.”

The car has a Flowmaster exhaust, and there’s an under-seat CD/smartphone, USB port/player.

The seller notes some age shows on the bumpers, but a new front bumper “still in the box” will be included with the car.

“Shifts fine, power steering and brakes are extremely sensitive as designed for the SS package,” the ad notes. “Can steer with one finger and will stop on a dime.”

The car is located in Brevard, just south of Asheville, North Carolina.

To view this listing on the website see Pick of the Day.