Barrett-Jackson yet to decide on schedule for Scottsdale 2017 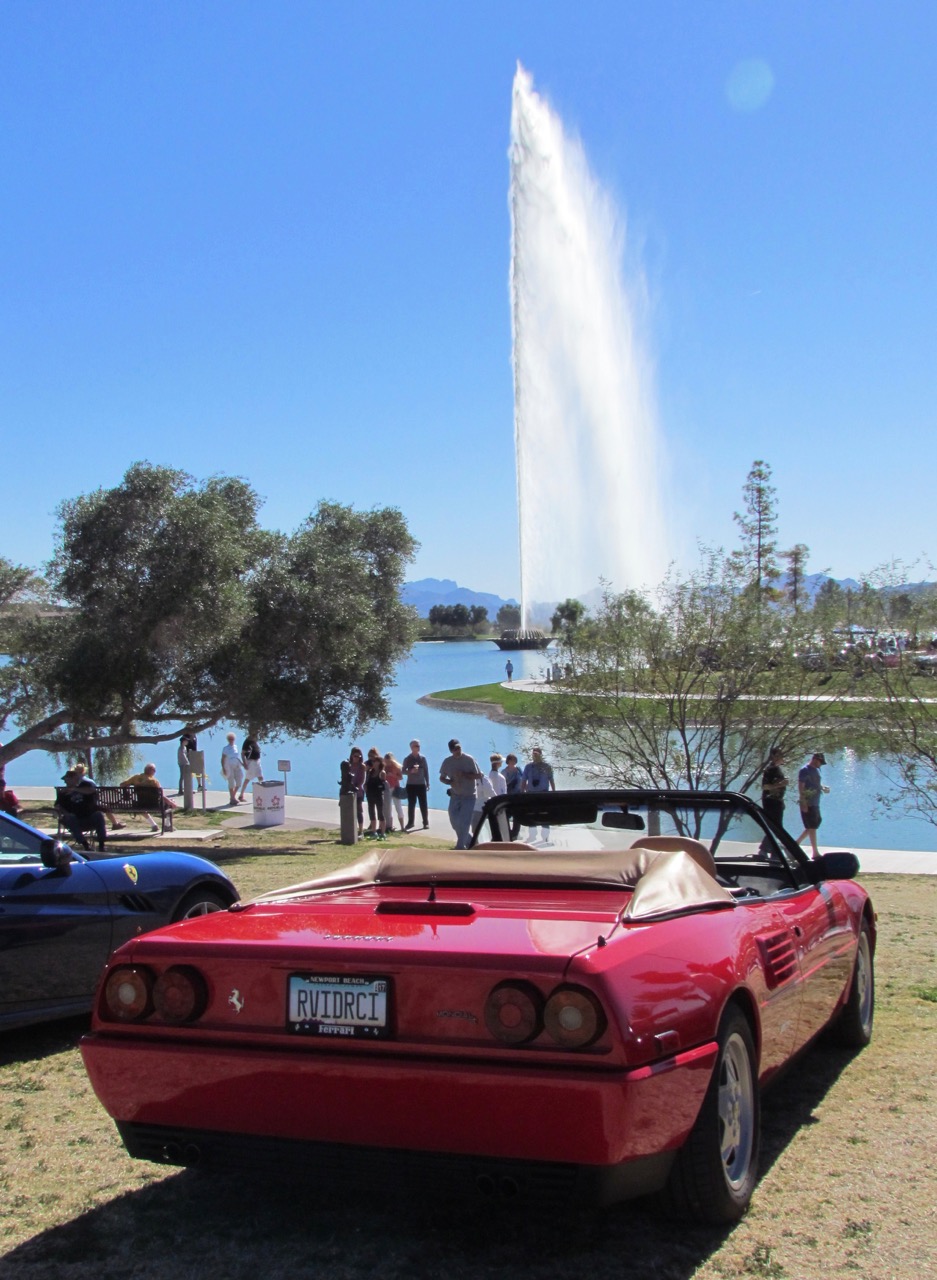 Craig Jackson said Saturday that he has yet to determine just when on the calendar his company’s annual Scottsdale sale will be held in January 2017.

Jackson shared that news Saturday with Classic Car News while attending the annual Concours in the Hills car show in Fountain Hills, Arizona. Barrett-Jackson was one of two presenting sponsors of the annual event, which features more than 400 collector vehicles in a lakeside setting.

The Barrett-Jackson display at the Concours in the Hills

Jackson said he is looking at the calendar and talking with his television partners and others about when to schedule the 46th Scottsdale sale next January.

The sale usually begins the second weekend in January, although this year, because of the college football championship game being played and consuming so many hotel rooms around the Phoenix area, the auction was moved back to January 23-31.

That meant the auction’s climax took place the weekend between the NFL conference championships and the Super Bowl, a move that Jackson said made his cable-television partners — Discovery and Velocity — very happy and led in part to record viewership ratings.

However, Jackson said television is only part of the scheduling equation. A major horse show at WestWorld, the facility used by the auction, also is a factor, he said, as is the scheduling of the Cavalino Classic, a major Ferrari event held annually in Palm Beach, Florida. Jackson said he and organizers of the Cavalino Classic have agreed not to force people to choose between one or the other.

The annual PGA golf tournament in Scottsdale, usually held the same weekend as the Super Bowl, also is a factor in Jackson’s scheduling since the auction and the tournament use the same parking lots.

“I’ll probably go back to the original dates,” Jackson said, adding that he hopes to have dates selected in the next week to 10 days.

The Arizona Concours d’Elegance already has announced the date for its fourth annual event as January 15, 2017. The concours has become the kickoff to Arizona auction week and its date presumes the auctions would be held that week, a week which in 2017 begins with Martin Luther King Day and ends with the inauguration of the next president.

Other auction companies have yet to announce their January 2017 dates, presumably waiting for Jackson to set his schedule. Barrett-Jackson, a Scottsdale company, is the anchor event for Arizona’s classic car celebration week, and other auctions and shows schedule their events accordingly.

Jackson said he also is looking at shifting the date for his company’s Las Vegas sale this fall. An announcement about that auction, previously scheduled for October 6-8, is expected early this coming week.