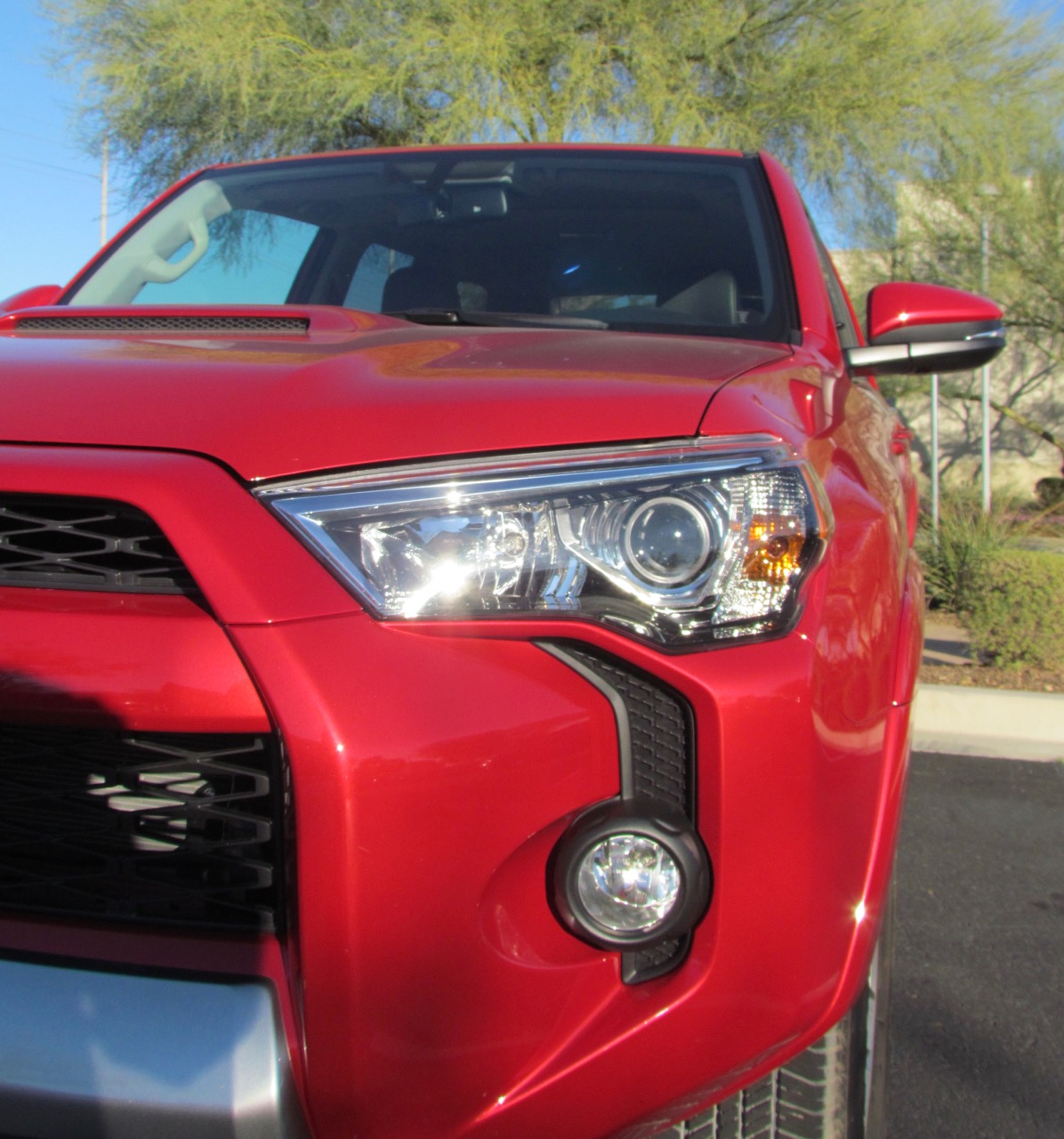 So many automakers have moved their sport utility vehicles to unibody “crossover” architecture that I’d almost forgotten what it was like to drive a real body-on-frame model. Fortunately, Toyota still makes such a vehicle, what it calls a “full-capability SUV,” the 4Runner.

Toyota has been producing the 4Runner for more than 30 years. Still at true SUV, the 4Runner rides on a truck-style frame and offers a 4×4 powertrain for true go-anywhere capability along with the capability of towing 5,000 pounds, whether it’s a boat or camper or ATV or motorcycle trailer.

While the on-highway ride isn’t as quiet or smooth as you would get in a similarly sized, car-based crossover, people who need to travel off-pavement or tow are more than willing to make that compromise.

And making it less of a compromise for the 2016 model year is the availability in the new 4Runner of Toyota’s upgraded Entune multimedia setup with “connected” smartphone-based navigation with a suite of apps.

And while two rows of seats are standard, you have the option of adding a third row and expanding capacity to seven occupants in the SR5 and Limited trim versions.

We spent nearly a week in a 2016 4Runner 4X4 Trail Premium. The Trail version comes with an electronic-locking rear differential and Toyota’s crawl control feature, which is designed to maintain a constant speed and enhance vehicle control when driving with the 4×4 transfer gear in low range over off-road obstacles. There’s also a multi-terrain select system so the driver can dial the 4Runner into the right setup for mud, sand, moguls, etc.

Our test vehicle also was equipped with the optional kinetic dynamic suspension system and a sliding rear cargo deck.

Because it was the start of Arizona Auction Week, we really didn’t have time to go chasing around off pavement to test out all the 4×4 equipment (although the kinetic suspension also reduces body roll when hustling around a freeway exit ramp). 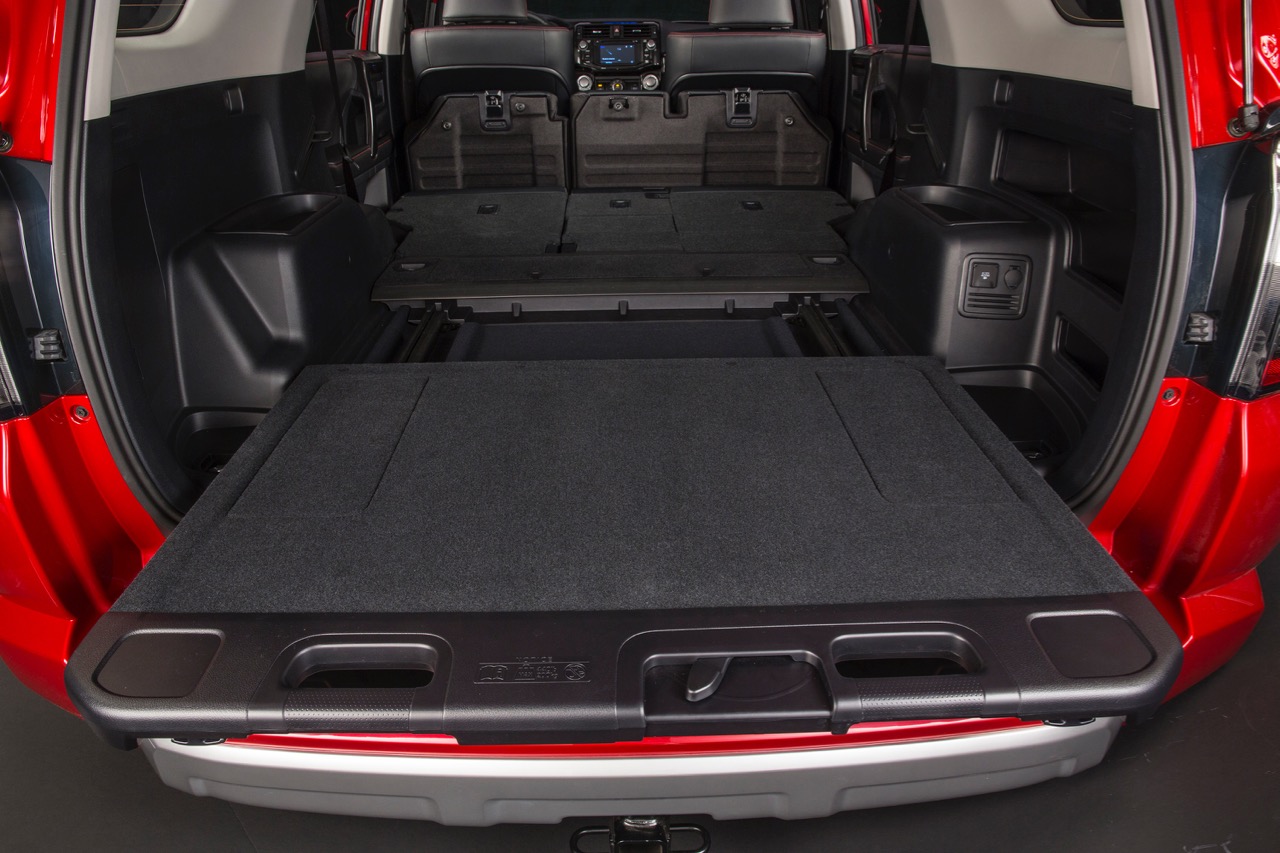 But we did make good use of the sliding rear cargo deck when he had to haul boxes full of catalogs and brochures and camera gear and such. The sliding cargo deck is a back saver; it slides out from under the rear hatch so you don’t have to try to reach into the cargo floor to load or unload heavy objects. The slide out is rated to carry as much as 440 pounds. It also can serve as a picnic table for tailgating.

Empowering the 4Runner is Toyota’s venerable 4.0-liter V6 engine that provides 270 horsepower and 278 pound-feet of torque through a five-speed automatic transmission. We found the power sufficient though not overwhelming. 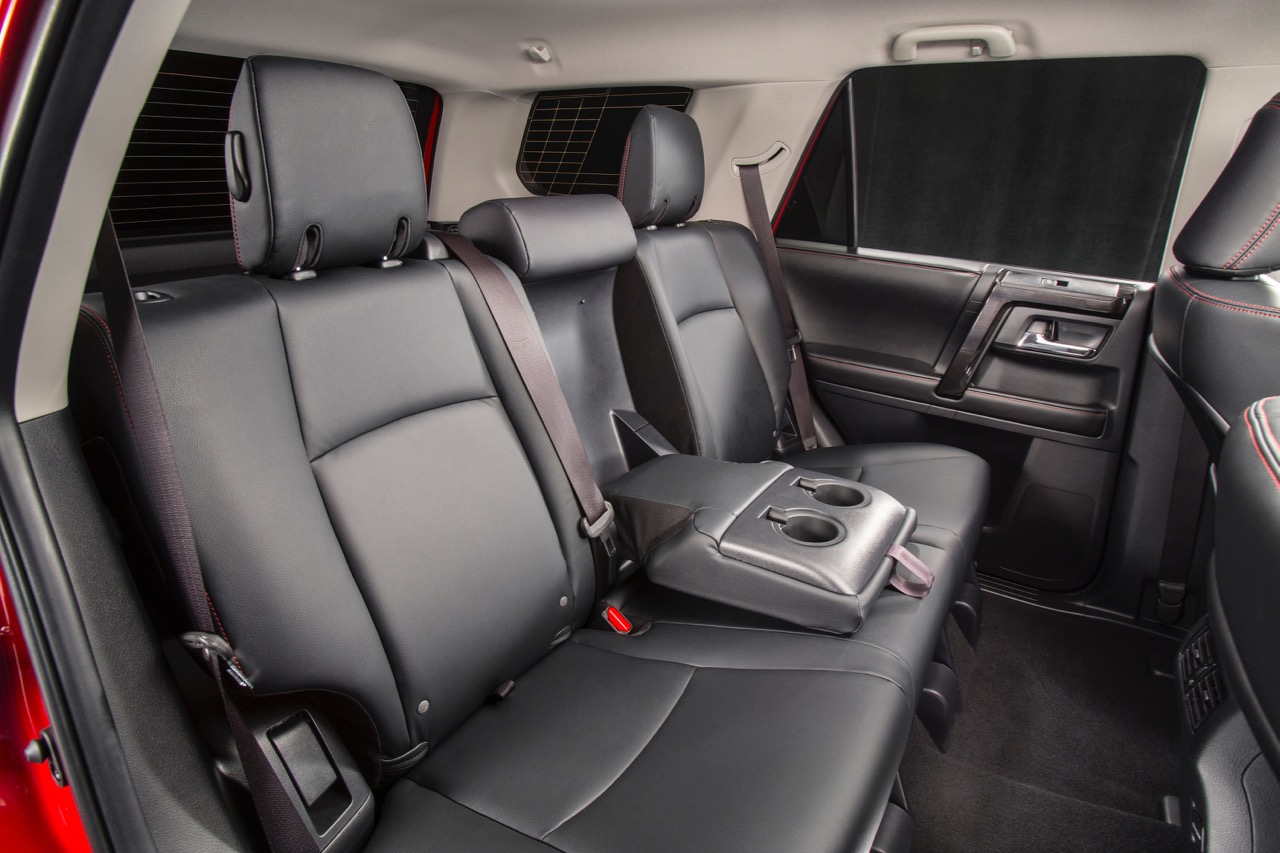