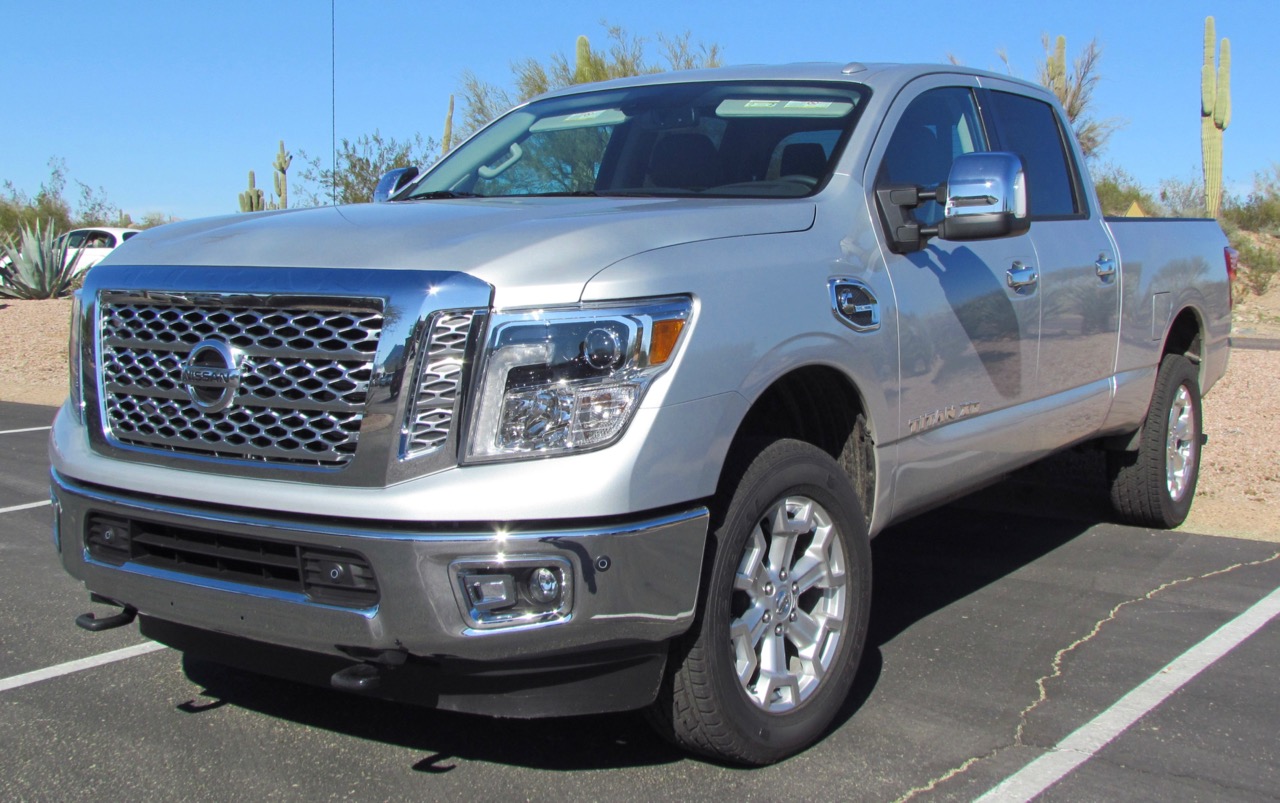 So Bob Golfen drove the all-new 2016 Nissan Titan XD for a day, and spent part of that day crawling around off-pavement. I drove one of Nissan’s new full-size pickups for much of Arizona Auction Week, and the only time I was away from pavement was parking on gravel lots at Barrett-Jackson and Russo and Steele, and at the parking lot I use while teaching journalism classes at Arizona State University. 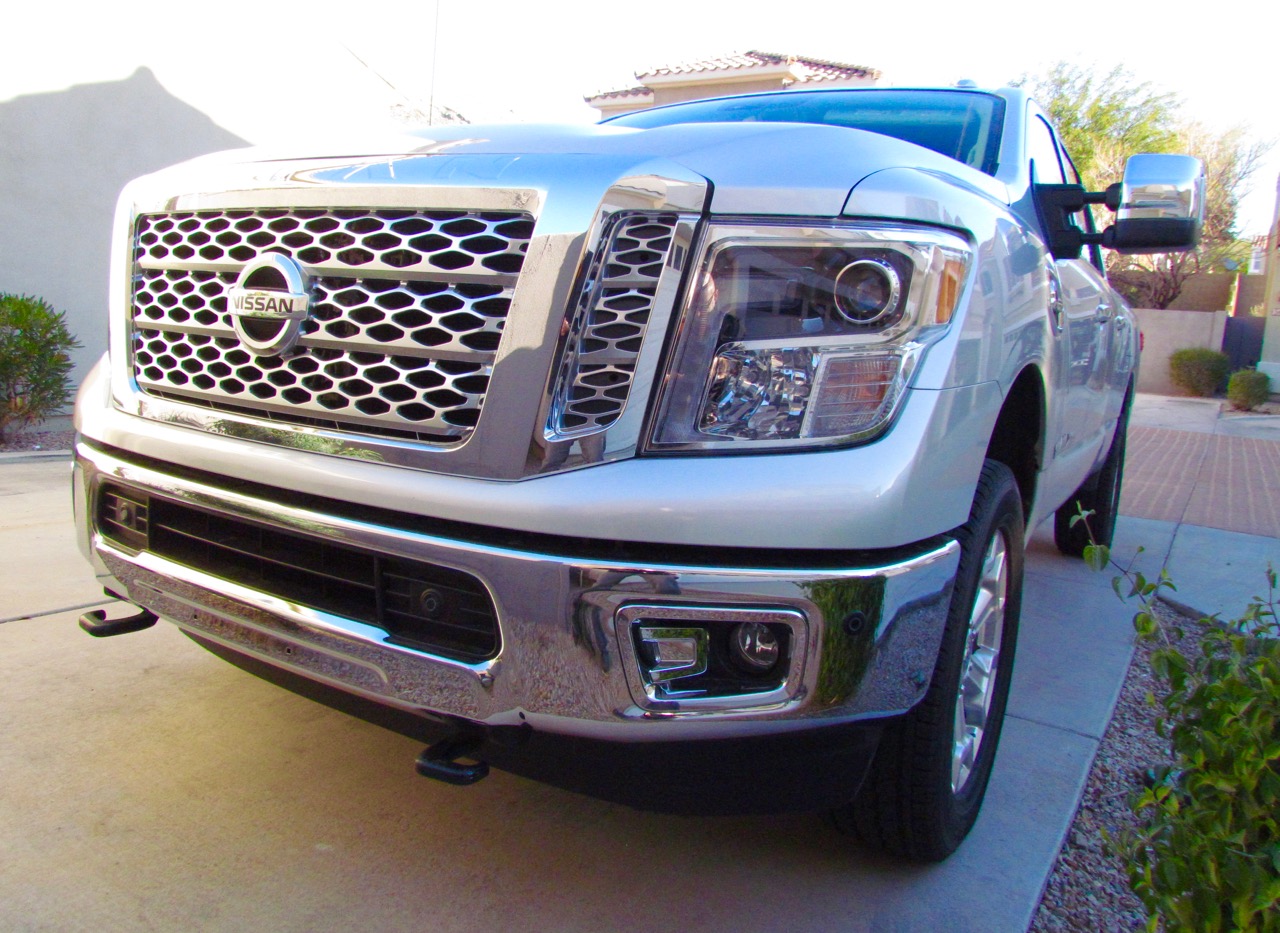 Speaking of which, my students are so considerate. When they learned it was auction week and that I had a multitude of events to attend, they said they’d be willing to let me cancel class — which I did not, much to their disappointment.

So, what was it like to spend a week in a truck that — at last — truly lives up to its name?

My primary impression is that I spent a week driving a monster truck. OK, so the Titan XD SL 4X4 didn’t ride on gigantic tires like Bigfoot and its ilk, but neither did I have to look up to much else on the road, and traffic sort of parts ahead of you when people see that huge chromed grille coming up in their mirrors.

Oh, and speaking of looking, a couple of Ford dealers I met in the parking lot at Barrett-Jackson were all over this truck, and a couple of guys towing a trailer with a Chevy Silverado pulled up next to me at a stoplight, lowered the window and were taking cell-phone photos while asking about the truck’s power rating and towing capacity.

This truck is large and in charge. The 151.6-inch wheelbase is nearly the total length of a Mazda Miata, and the full truck stretches to 242.8 inches, which means it fill one parking space and half of another. And this is a real truck, a work truck, so it weighs in at 7,402 pounds with 4×4 running gear. 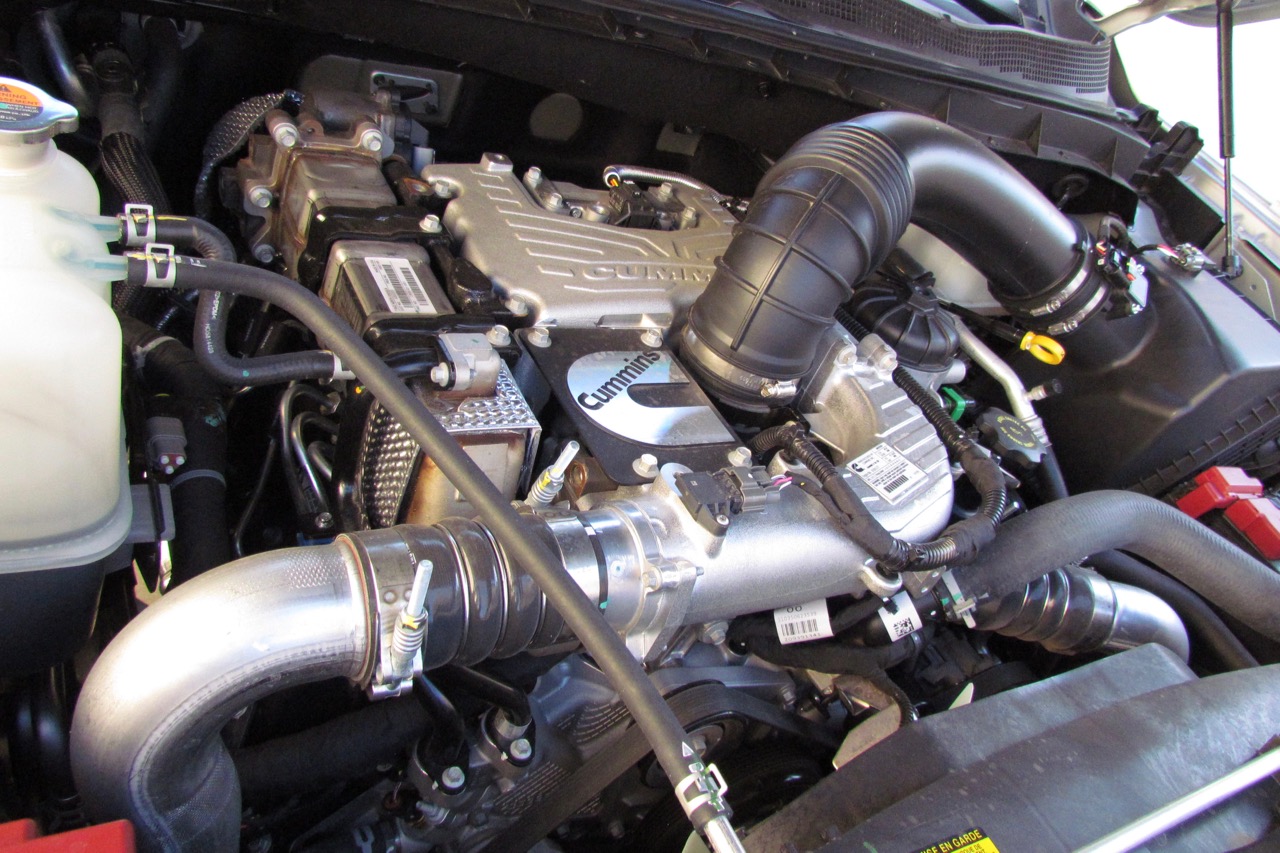 But while big, the truck doesn’t feel at all heavy, thanks to what’s lurking beneath its hood. Open the hood and you’ll find a 5.0-liter Cummins turbo diesel V8 that is rated at 310 horsepower and an astronomic 555 pound-feet of torque. And that torque peaks at a mere 1,600 rpm.

And even with all that power, I averaged nearly 19 miles per gallon during the week.

Talk about your stump-pulling power. This thing feels like it could tow my house… after ripping it off its foundation!

But while this Titan XD SL is a workhorse on the outside, inside it offers the luxury of a suite at Churchill Downs or a Polo Lounge. There are heated, powered and leather-covered seats, Rockford Fosgate audio with satellite radio and a 7-inch navigation screen and more.

Luxurious, that is, once you figure out how to climb up into this thing. Our test vehicle arrived without side rails for stepping up, which is probably fine if you’re 6-foot-6 like Golfen, but if you’re 5-foot-8, you have to lift your right heel to about waist height and then reach up and clasp the grab bar and pull yourself up and in behind the steering wheel.

On the other hand, who needs a gym membership if you drive a Titan XD every day? You get your workout just climbing aboard.