Cars and Coffee this weekend at automotive museums 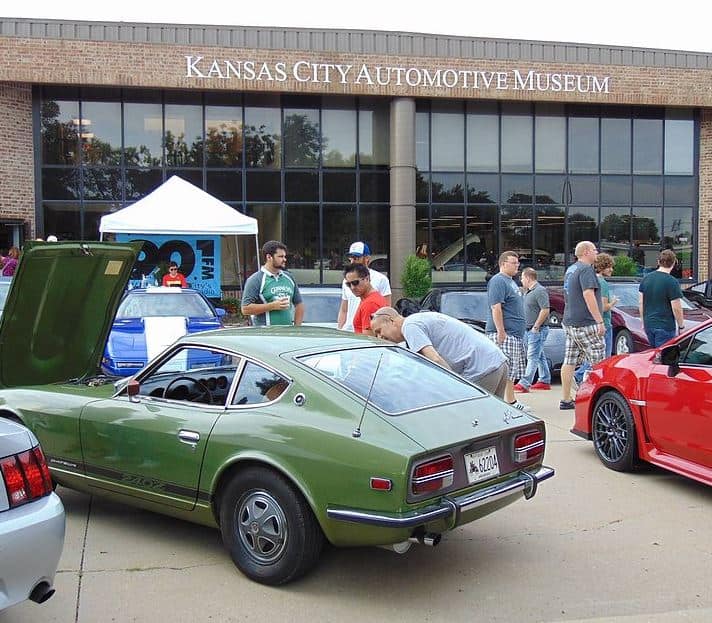 The Kansas City Auto Museum, located in Olathe, Kansas, is holding its Cars and Coffee event on Saturday  at the museum from 8 to 10 a.m. The museum is also holding its second annual “Dancing with the Cars” fundraising event on Saturday, April 2 from 6 to 10 p.m. The event will have drinks, music, and a buffet in addition to live and silent auctions. Tickets are available for $50 per person or $300 for a table with 10 people.

The AACA museum is holding its annual meeting February 11-13 at the museum in Hershey, Pennsylvania. Reservations to the meeting can be made online. The museum also has an exhibit through  April 30 titled “Pioneers in African-American Auto History.” The exhibit presents a history of the pioneering African-American community’s impact on the automotive industry.

Blackhawk holds a Star Wars kids camp  February 15, and the museum showcases 14 hot rods and street rods from 1932-1973 as part of its American Muscle exhibit, which runs through March 25.

On February 13, the Petersen Automotive Museum is holding a photography day in addition to a book signing with Harold Cleworth. The museum also hosts a movie night showing The Last Great Road Race on February 17 followed by Enzo-Ferrari’s birthday cruise-in.

The Owls Head Transportation Museum in Owls Head, Maine, is offering free winter school vacation week activities for the week of February 15-19. The series is designed for kids ages 6-14. The schedule of activities can be found online.

The museum also has opened registration for the Michelin NCM Bash, which will be held April 28-30. Attendees will be able to get up close to the next-model-year Corvette as well as hear from the engineers and designers of the car.

The NCM Motorsports Park has a Michelin TrackX day planned for February 27. The day is autocross style, although there are no classes and the runs are not timed. Later, NASA Great Lakes region will hold an open test day at the track March 18, followed by a full NASA weekend March 19-20.

The California Automobile Museum in Sacramento is holding  Beer Prom: a radical night of craft beer tasting from 5:30-9:30 p.m. on March 4. The museum encourages attendees to dress in ’80s-themed attire. The museum also has three car-themed tours scheduled. The first is March 12-20 and takes enthusiasts to Florida for visits to the Amelia Island Concours, Daytona Speedway, the Dezer Collection and Walt Disney World.  The next trip is May 14-21 and goes to Cuba. The third trip goes to France from June 15-24 for the 24 hours of Le Mans, including the 50th anniversary of Ford’s victory and the 25th anniversary of Mazda’s victory in the race.

March 5 is the first class in a six-part series on the foundations of automotive photography at the Simeone Automotive Museum in Philadelphia. Following the first class, which focuses on exposure, April 16 will look at composition; June 4 will be lenses and filters; July 30 will be principles of white balance, color, temperature and backlighting; the September 17 class will focus on flash fundamentals; and the October 29 class will deal with capturing speed.