Ground-effects F1 cars to be featured at Goodwood 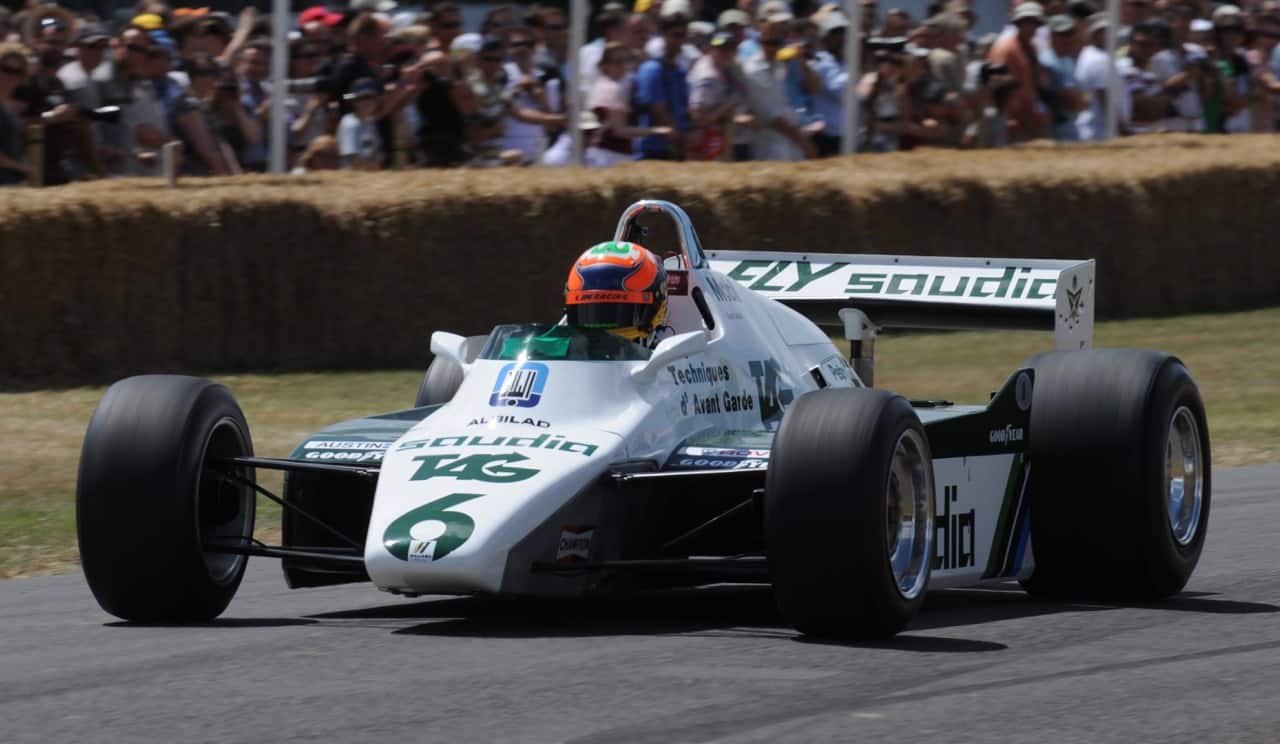 In the late 1970s and early ‘80s, ground-effects aerodynamics provided a major change in the cars raced in Formula One. Those cars will be featured March 19-20 at the 74th Goodwood Members’ Meeting in England.

Ground-effects is credited to Peter Wright of Lotus, who found ways to use the underside of a vehicle instead of front and rear wings to increase downforce ,and thus cornering speeds, by more or less sucking the car to the track. Wright designed the Lotus Type 78 in 1977 and the following year its successor, the 79, dominated the F1 season and soon other teams followed suit.

More than 30 ground-effects cars are scheduled to do a “high-speed demonstration run” at the Goodwood circuit during the Members’ Meeting weekend. They include not only cars from Lotus, but a Ferrair 312T5, Williams FW07 andFW08, Brabham BT49C, McLaren MP4 as well as cars from Ensign, Fittipaldi, Osella and Wolf.

While the cars were very fast, their very stiff suspension and high g-forces were hard on drivers, some of whom also were uncomfortable with a move of cockpits forward in the cars to enhance vehicle balance with the new ground-effects designs.

“Although effective, this also made them even more dangerous and, eventually, in the face of growing concerns about the safety of escalating cornering speeds, the governing body outlawed ground effect, mandating flat bottoms on cars from the start of the 1983 season,” the Goodwood news release noted.

The Members’ Meetings are designed to recreate the atmosphere of auto racing in the post-war period through 1966, with special groups such as the ground-effects cars doing demonstration laps. Also being featured in March are 1970s Grand Prix motorcycles.