Record falls, but Arizona still without an 8-figure sale 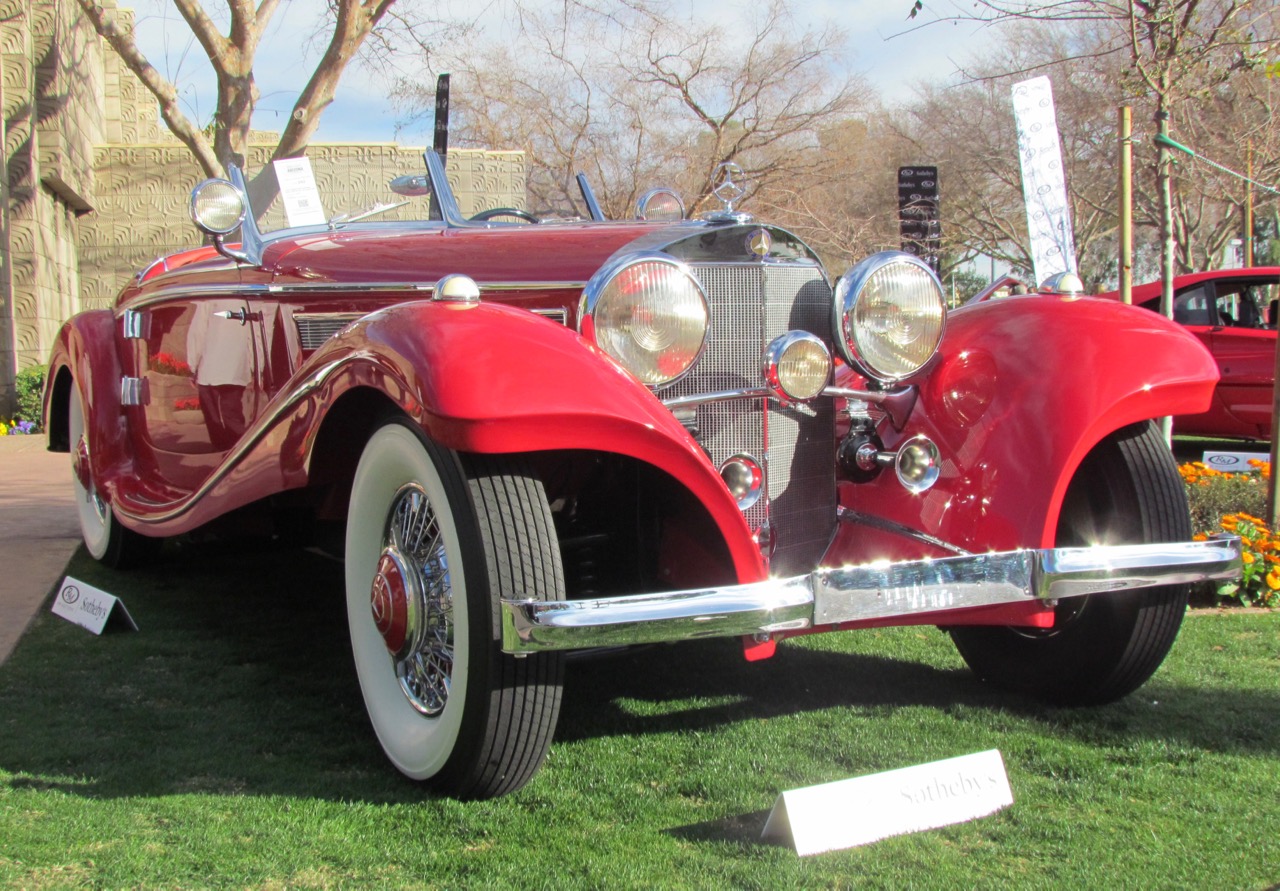 Arizona still hasn’t had a collector car sell for eight figures at any of its classic car auctions, events which have been taking place since the early 1970s. But while the $9.9 million price paid Friday night at RM Sotheby’s for a pre-war Mercedes-Benz fell just shy of cracking the great eight barrier, it did represent a record price paid for any vehicle at any Arizona auction.

Though advertised as a 1937 Mercedes-Benz 540 K Special Roadster, RM Sotheby’s announced as the car rolled onto the block at the Arizona Biltmore resort that research by Mercedes-Benz experts disclosed that the car actually is one of the few 1936 models built, which makes the car even more rare.

As it was, the car was valued at $10 million to $13 million in pre-auction evaluation.

Bidding opened at $5 million. Immediately, a $6 million bid arrived by telephone. A bidder in the room went to $7 million. The phone bidder raised to $7.5 million. Then another phone bid jumped to $8 million before yet a third phone-in bidder went to $9 million.

And that was it. There were no additional bids and RM Sotheby’s auctioneer Max Girado hammed the car sold.

There was applause. The winning bidder’s number — 275 — was announced. And quite a few people got up and appeared to be heading out the door now that the highlight of the night wasn’t quite as high as they might have hoped.

We did some quick math and confirmed with RM Sotheby’s that with 10 percent buyer’s premium — much like the commission you pay a realtor when you buy a house — boosted the final sales figure to $9.9, or just short of the magic eight-figure transaction.

Although auctions continue through Sunday, no other car at any of the other auctions are likely to draw bids that might jeopardize either the reset record or the eight-figure level that record just missed.