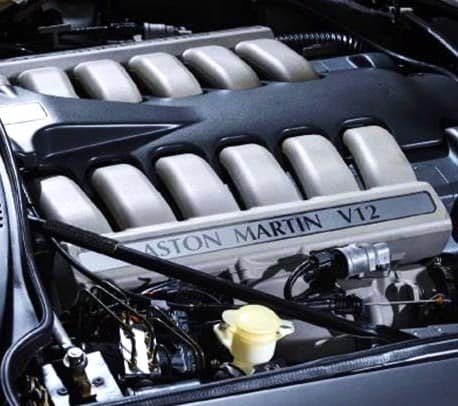 During the past year, there have been some serious gains in the 1990s and 2000s exotic-car market. Ferrari 308s that used to cost 30-to-40 grand now routinely change hands for as much as $125,000. This happened so fast that many people who were interested in these types of cars failed to act fast enough and missed out on the opportunity to own that Ferrari 308, Testarossa, or Porsche 930.

There is one last serious value out there for the buyer who wants a dream supercar from the era of big money and extreme performance. May I present the Aston Martin DB7.

The Pick of the Day is a nice example, a 2001 Aston Martin DB7 Vantage coupe for sale in Syosset, New York.

The DB7 was designed by the great Ian Callum in the mid-1990s, and it was immediately hailed as one of the most stunning designs ever. The car started out with a supercharged inline-6 but in 2001, Aston added a Vantage version of the car powered by a 420-horsepower 6.0-liter V12

This Vantage is finished in what I consider the best paint color of Meteorite Silver with a Merlot red leather interior. It also features a very desirable manual transmission. On top of that it is a coupe, which many feel is the nicest looking version of the DB7. The car also wears the rare factory Dymag Magnesium sport wheels.

According to the listing on ClassicCars.com, this DB7 Vantage is in excellent condition and has traveled only 33,033 miles since new. The car features Brembo brakes and is capable of 0 to 60 times in the five-second range and top speed of 165 mph. The seller states that the DB7 has been well cared for by its previous owners and should give the next owner years of enjoyment.

Having traveled only 33,000 miles since new and with an asking price of $49,900, this V12-powered Aston represents one of the last real supercar values in the market today.

I have owned a DB7 coupe and can honestly say that while some of the service costs can be expensive, they are much cheaper to own than a comparable Ferrari while making a better statement at the same time.

The time to buy one of these last supercar values is now, so don’t hold off and regret next year that you did not act.