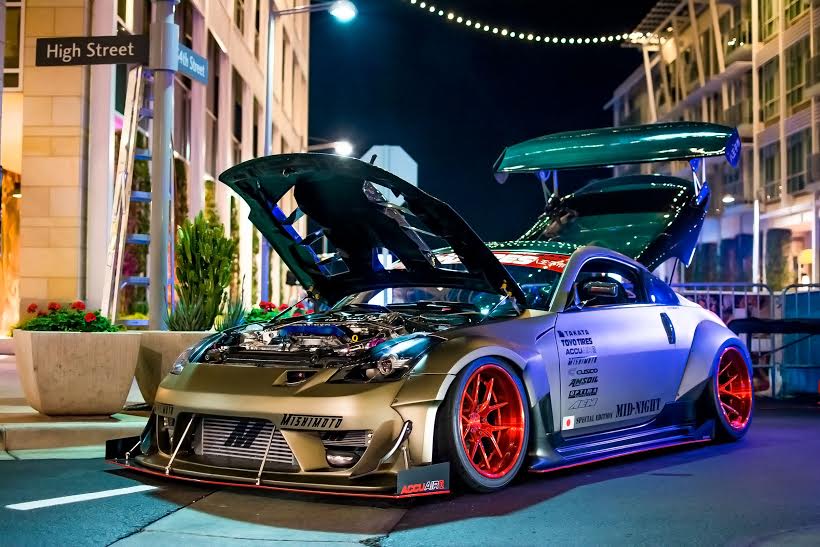 All 100 spaces along the street through the upscale shopping district were filled with cars dating from the 1975 through 2005 model years.

And the audience was as diverse by age as the vehicles were from a variety of sources, with Asian, European and domestic brands well represented. Those attending the show  were able to enjoy more than the vehicles as the shops and restaurants lining High Street extended hours and many provided discounts during the event.

“We are overwhelmed by the response to ClassicCars.com first Future Classics Car Show” said Roger Falcione, CEO and president of ClassicCars.com. “It is a true example of how the collector car hobby is alive and well with the next generation.  The enthusiasm from the 100 plus car owners and the huge crowd that came out to the event represents a vibrant car community around collector cars from 1975-2005 that we are proud to be a part of.”

Other highlights  included a “paint a Mustang” station where anyone was able to apply their painting talents to  2015 Ford Mustang GT supplied by San Tan Ford (yes, the paint could be washed off afterward). Clowns handed out balloon animals and flowers and a DJ played a mix of music that inspired some to dance.

The winners in each category were:

Diamond in the Rough – 1985 Mitsubushi Starion