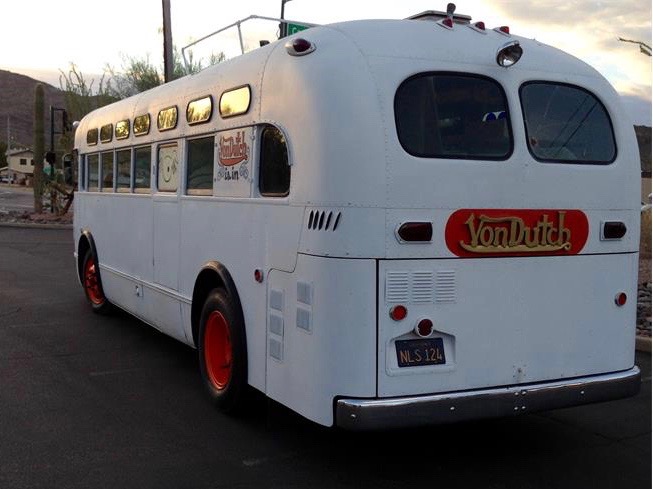 No doubt, this is the most expensive vehicle ever offered for sale on ClassicCars.com: the Pick of the Day, a 1950 GMC bus formerly owned by Von Dutch, the famed automotive pinstriper, artist and fabricator who turned the bus into his workshop and home.

The bus has been restored, is located in Phoenix, and priced at $6.8 million or best offer. 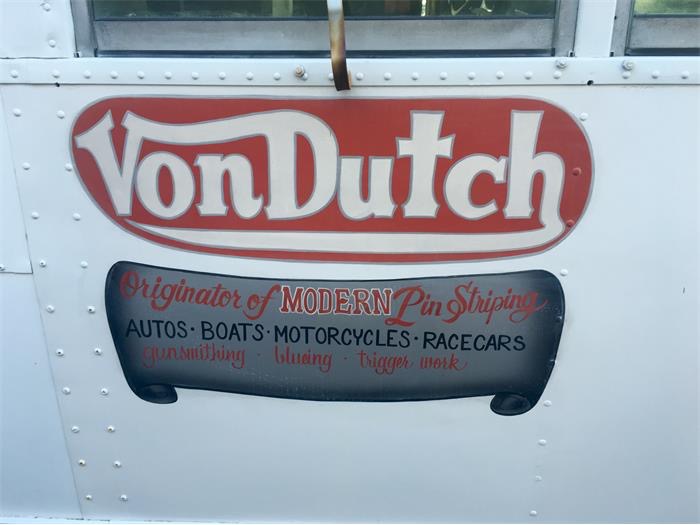 “While visiting all the fantastic classic car auctions, you may wonder ‘whatever happened to the Von Dutch Bus?’” the advertisement suggests, and then answers the question:

“The one and only Von Dutch Bus was the studio/workshop/home of the father of the Kustom Kulture and originator of modern pinstriping, Kenneth Howard AKA Von Dutch. It has undergone an eight-year restoration, contains many unique and original items, and is now a fantastic investment opportunity.

“The appraisal on the Von Dutch Bus was done a little over three years ago by world-renowned appraiser Rick McLash, who estimates that in the next five to ten years the value would be ten to fifteen-million dollars.

So what do you get for $6.8 million (or whatever best offer might be accepted by the private seller)? Well, you get a 1950 General Motors bus “fully restored” to “excellent” condition inside and out, with no mileage showing on the odometer after the restoration.

The advertisement says the bus still carries its original engine, an inline six cylinder, and that the engine is running.

The bus originally was used by Douglas Aircraft to transport staff within one of its assembly facilities in Southern California. There were reports that Von Dutch got the bus as payment for work he had done for a subsequent owner.

You may recall that the Von Dutch bus was offered for sale in 2007 at Barrett-Jackson’s Scottsdale auction.

Before being sold at auction, the bus had been sitting in a field near Santa Barbara, California, for some 20 years, had been vandalized (six bullet holes put into the bus by Von Dutch have been preserved), and was offered in as-found condition when it was sold at Scottsdale for $46,000.

According to a nearly 14-minute video linked to the advertisement on ClassicCars.com, soon thereafter automotive pin-striper Steve Kafka bought the bus for $200,000 and began its restoration, which he said he thought would be a six-month project but turned out to take six years.

In the video, Kafka notes that the bus traveled to nearly all of Steve McQueen’s movie sets, where Von Dutch was on hand to fabricate whatever props were needed as the filming occurred.

Kafka said his goal in the restoration was “to leave the impression that Dutch was just here and just stepped out for a moment.”

Additional videos and information on the bus are available at the www.thevondutchproject.com website.