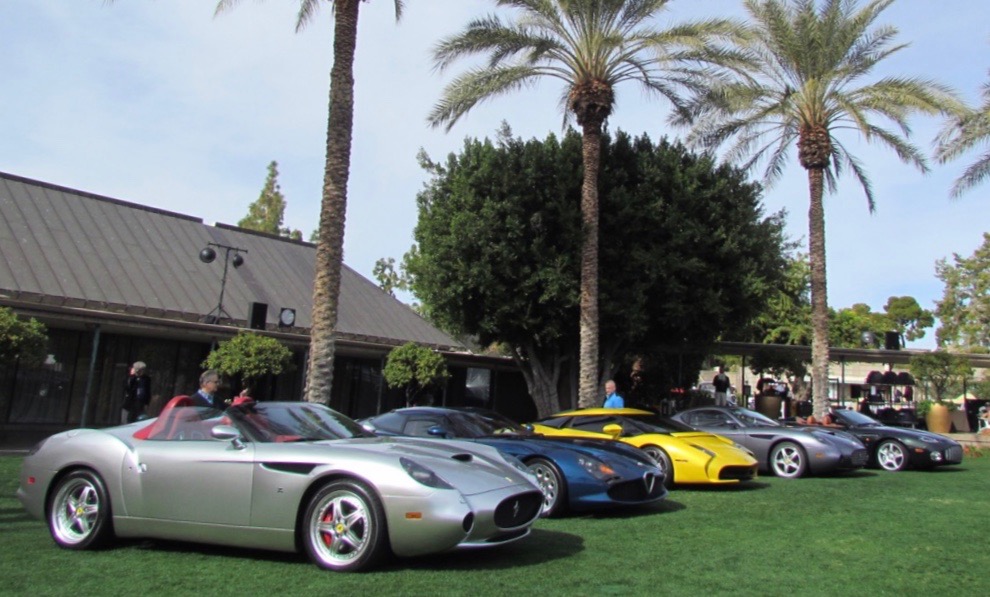 J Mays, who caused intentional disruption of the design of Audi, Volkswagen and Ford vehicles, was running through slides that displayed some of his best work as he did his presentation during a design symposium Saturday that was part of the Arizona Concours d’Elegance weekend in Phoenix.

Mays showed vehicles such as the Audi Avus, the Shelby GR1 and Jaguar F-type concept cars, but then he came to the ensuing slide.

“For some reason in 2005 I did this,” he said as he hung his head in shame as the screen displayed the Ford Five Hundred, a rather miserable full-size sedan.

Mays recovered his pride by showing vehicles such as the Volkswagen New Beetle, the Ford GT and the latest-generation Ford Mustang, and then was followed by Andrea Zagato. With his wife, Marella, Zagato has rejuvenated the automotive design and coachbuilding company that carries Zagato’s name (Marella also is an automotive scion, the niece of Renzo Rivolta).

Andrea Zagato was doing a decade-by-decade review of the work by firm started in 1919 by his grandfather, Ugo, and later run by Andrea’s father, Elio, including the Aerodynamic cars of the 1930s and the “Panoramic” designs of the 1940s, etc. Finally, the slide behind Andrea showed the 1970s, the “geometric” era.

“Our worst,” he said, turning in Mays’ direction and noting, “We also have something we would like to hide.”

But it was the best of their designs, and how they were achieved, on which Zagato and Mays focused during their presentations at the Arizona Biltmore, where the third annual Arizona concours is scheduled to be held today. Some of Carrozzeria Zagato’s best work will be featured within the resort’s courtyards.

“From Concept to Collectible” was the title of the design symposium, at which Zagato talked about how he had not planned to enter the family business until urged to by his father. To return the family firm to a role of automotive prominence, Andrea talked about having to make changes. Those included a return to the company’s roots — it was involved with aircraft before automobiles and its design heritage traces to the air rather than the road.

He also devised a four-pronged business plan that includes very limited batches of contemporary collectible cars, produced in lots of 9 or 99; the re-edition of iconic cars Zagato did in the past that no longer survive; of becoming a design supplier to a growing number of vehicle producers; and launching a fashion house that designs lifestyle products such as shoes, watches, cameras and the like.

Speaking of the contemporary collectibles, he pointed out that the Zagato-designed versions of cars such as the Ferrari 575 are worth many times more than the cars on which they were based, simply because of collectors’ appreciation of the revised bodywork.

Mays shared drawings of cars he had done as a 9-year-old growing up in Oklahoma, talked about being inspired by his first airline flight, and of discovering the emotional and communicative power of imagery, how “people purchase products because they’re prepared to share part of their lives with it,” and that such purchases are based more on emotion than practical reasons. He offered Apple iPhones and Ferrari cars as examples.

Thus, he said, the importance of products coming with a compelling story. To get to such stories, he suggested shape, color, material and texture — “spectrum thinking,” he called it — are perhaps more crucial than any marketing presentation, and he shared the back stories of the design of cars such as the Audi Avus, the Ford GT and the latest-generation Mustang.

He listed keys to crafting such stories and of turning them into products that people want.

Regarding the story and thus the product, he added, those doing the design must “make it magical.”