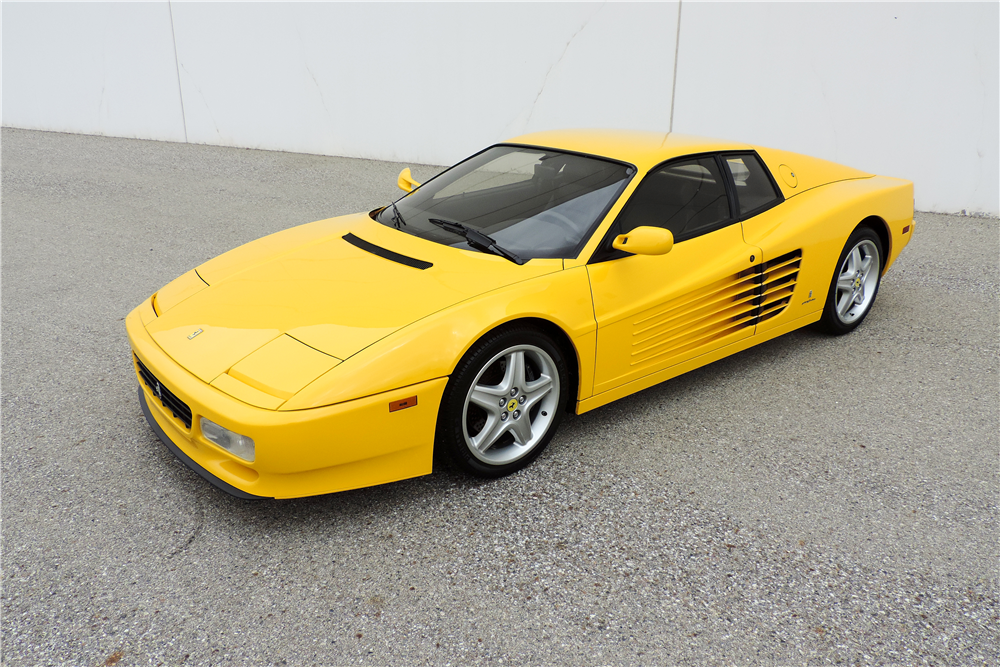 Editor’s note: This is the 30th in a 30-day sponsored series featuring cars to be sold January 23-31 during Barrett-Jackson’s 45th Scottsdale auction.

The longitudinally mid-mounded V12 produced 428 hp and 362 lb-ft of torque, and could get the 512 TR from 0-60 in 4.9 seconds and featured Nikasil liners, along with a new air intake system, Bosch engine management system, larger intake valves, and a revised exhaust system. In addition to the higher peak power, the modifications delivered a more broad power curve for better acceleration.

Gearshifting effort, which had been a complaint about the Testarossa, was eased with a new single-plate clutch, sliding ball bearings, and better angle for the shifter. The braking system included larger front rotors and cross-drilling all around. Quicker steering, lower-profile tires, and new shock settings improved handling. Most importantly, engine and gearbox position was rethought, which improved the centre of gravity, aiding the handling and making the car less fearsome on the limit.

For this model, the interior was revised too, with the center console split from the dashboard, and the climate controls relocated.

Pininfarina tweaked the body of the car to better integrate the spoilers and engine cover and update the design in line with the recently released 348.

This vehicle has only been owned by one owner and reflects 901 original miles since new. According to the docket, the car received a major engine-out service completed in May of 2015.

The car also comes with the original tools, books, keys, and car cover.