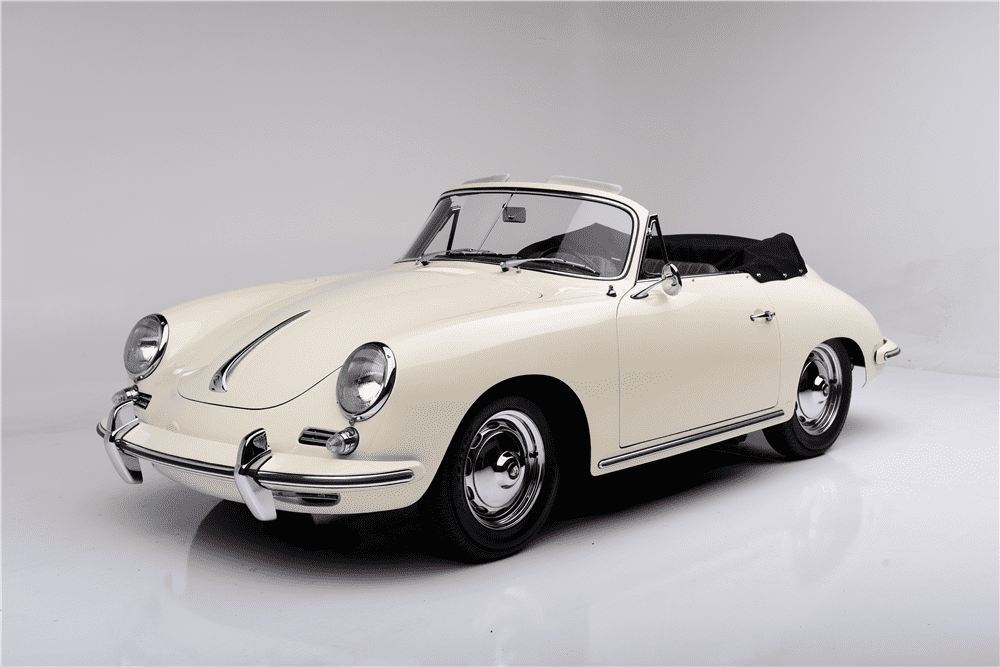 Editor’s note: This is the 27th in a 30-day sponsored series featuring cars to be sold January 23-31 during Barrett-Jackson’s 45th Scottsdale auction.

There’s no better example of automotive evolution in action than that of Porsche’s rear-engined sports cars. Decade after decade, the progression from the pure simplicity of the 356, through the strength and sophistication of the 911, to the adrenaline rush of the 930 Turbo has earned generations of fans for the nimble cars from Stuttgart.

Each model builds on the strengths of the previous editions while maintaining the distinctive personality that set Porsche apart from more traditional sports cars. Porsche began slow and fitful production of their unique aluminum-bodied coupes in 1948, followed soon by cabriolets. The underpinnings relied heavily on Volkswagen components and designs, but Porsche took those simple pieces to the limit. It wasn’t until 1950 that production in any volume occurred, which was also the same year the company began exporting to the American market.

Porsche was involved in racing from the beginning, scoring significant class wins at races from the Targa Florio in Sicily to the 12 Hours of Sebring in Florida. The company went on to capture a number of World Sportscar Championships. Lessons learned on the racetrack were always a part of Porsche development and led to many refinements in road-going cars

Porsche evolution was already well along by the time this 1962 356B Super 90 Cabriolet was shipped to its new California home. The 356 was restyled for 1960 and Porsche initiated a number of refinements during the early 1960s. The base engine in the 356B was a 1.6-liter 60hp flat four, but the Super 90 engine option delivered 90hp thanks to dual Solex carburetors on a new aluminum intake manifold, 9.0:1 pistons with titanium connecting rods, larger valves and increased lift on the cam intake lobes. The engine was further refined with aluminum cylinders, larger main bearing journals, aluminum pushrods and a smaller, lighter flywheel.

The Reutter-bodied Super 90 Cabriolet offered at No Reserve is an excellent nut-and-bolt restoration on a rust-free California car. The overall fit and finish is superior and the engine compartment is highly detailed. The Ivory paint and black top are accented by a red leather interior and optional chrome wheels. Other options include VDO gauges and clock and a Blaupunkt radio. The car comes with a Porsche Certificate of Authenticity.