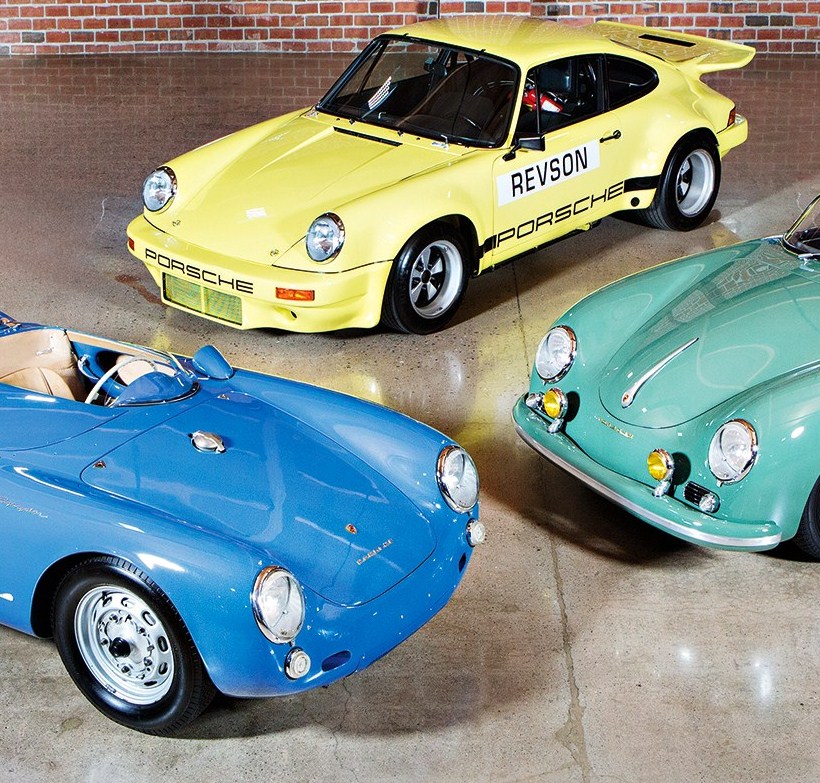 (UPDATE: A spokesman for Gooding says there will be a total of 18 Porsches coming from Jerry Seinfeld’s collection to the Amelia Island auction.)

Comedian Jerry Seinfeld is well-known as a serial Porsche collector, with a noteworthy selection of the greatest and most-valuable sports cars and racers from the German automaker in his possession.

Seinfeld probably would have some observational humor to throw in here. “So what’s up with old Porsches? I mean, who puts the engine in the rear end of the car? Really. What sense does that make? And don’t get me started about air-cooling… ”

But even someone with the Porsche obsession of Seinfeld, and the resources to feed it, must experience some “shrinkage” of his collection at times. For Seinfeld, that happens in March when a number of cars from his private horde will be offered by Gooding & Company at its auction on Amelia Island, Florida.

“I’ve never bought a car as an investment,” Seinfeld said in a Gooding news release. “I don’t really even think of myself as a collector. I just love cars. And I still love these cars. But it’s time to send some of them back into the world, for someone else to enjoy, as I have.”

It’s time to send some of them back into the world, for someone else to enjoy.”

A Gooding spokesman said it’s too early to reveal the exact number of Porsches that will cross the block from the Seinfeld collection in March, but three highlights will be on display during Gooding’s collector car auction in Scottsdale, Arizona, next weekend. All three of the Porsches are rare special examples, estimated by Gooding at values in the seven figures, and the Seinfeld celebrity-ownership connection could boost the bidding even more.

“There will be many more than just these three,” the spokesman said.

No word yet whether Seinfeld will be present for the auctioning of his prized Porsches, although he has been seen in the past at various collector car auctions.

“We are grateful and honored to be entrusted with these superb examples from the collection of Jerry Seinfeld; these cars epitomize the highest of quality and pedigree,” David Gooding, president of Gooding & Company, said in the news release. “Jerry’s keen eye for significant Porsches, the care and pride he takes in maintaining his spectacular collection and his enthusiasm and passion for the Porsche marque, makes this one of our most thrilling sales in our company’s history.”

For more information about Gooding’s sale, visit the auction website.