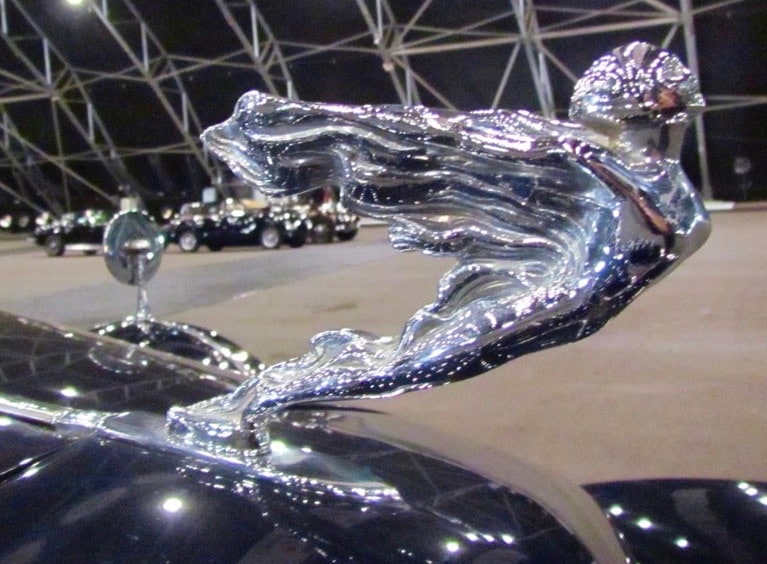 It’s easy to consider what Craig Jackson has — his name on the country’s best-known collector car auction company, the house on the mountain with the muscle car collection and the turntable in the garage, etc. — but we overlook what he has lost — his father, his brother and more recently, his mother.

Jackson was host to Monday Media Morning yesterday in Scottsdale, Arizona, where Barrett-Jackson celebrates its 45th anniversary, starting this weekend. The focus of media morning was the arrival at WestWorld of two special vehicles — the Bumblebee Camaro and the Optimus Prime semi tractor stunt truck from the  Transformers movie.

After getting a close-up look at the two movie star cars, well, a car and a truck, I asked about the upcoming auction and some of the other featured vehicles and Jackson talked about the diversity of the docket this year — “the broadest selection of cars we’ve ever had” — and about the quality of the hot rods and Corvettes and the GTO collection and some great classics and such.

But then he said there was one car he particularly wanted me to see, and as we walked across the tarmac beneath the massive tent that will house many of the 1,532 cars up for sale and the hundreds of vendors offering their own wares at the auction, Craig got sort of quiet.

“This is my Mom’s old car,” he said as we approached a dark blue coupe. “The first car, the car that started it.”

The car is a 1934 Cadillac opera coupe, a Fleetwood-bodied, V12-powered 370D model, Style 5776 that Craig’s father, Russ, and older brother, Brian, found in a junk yard back in Michigan, the family’s home state. The car originally was painted gray, but wasn’t in as bad a shape as you might expect for a junk-yard find and Russ and a teenaged Brian, who was 13 years older than the then-infant Craig, had restored the car, and it became Nellie Jackson’s daily driver.

Craig talked about how his Mom had driven the car from Michigan to Arizona as part of a three-vehicle caravan when the family moved across the country because doctors suggested her arthritis would be less painful in the hot and arid desert climate, and how the ’34 Cadillac coupe had been the focal point for family photos at Russ and Nellie’s 25th wedding anniversary celebration.

But now, it has come sort of full circle, the second owner bringing the car back to Scottsdale to be offered for sale as part of the Salon Collection crossing the block Saturday, January 30, at the auction.