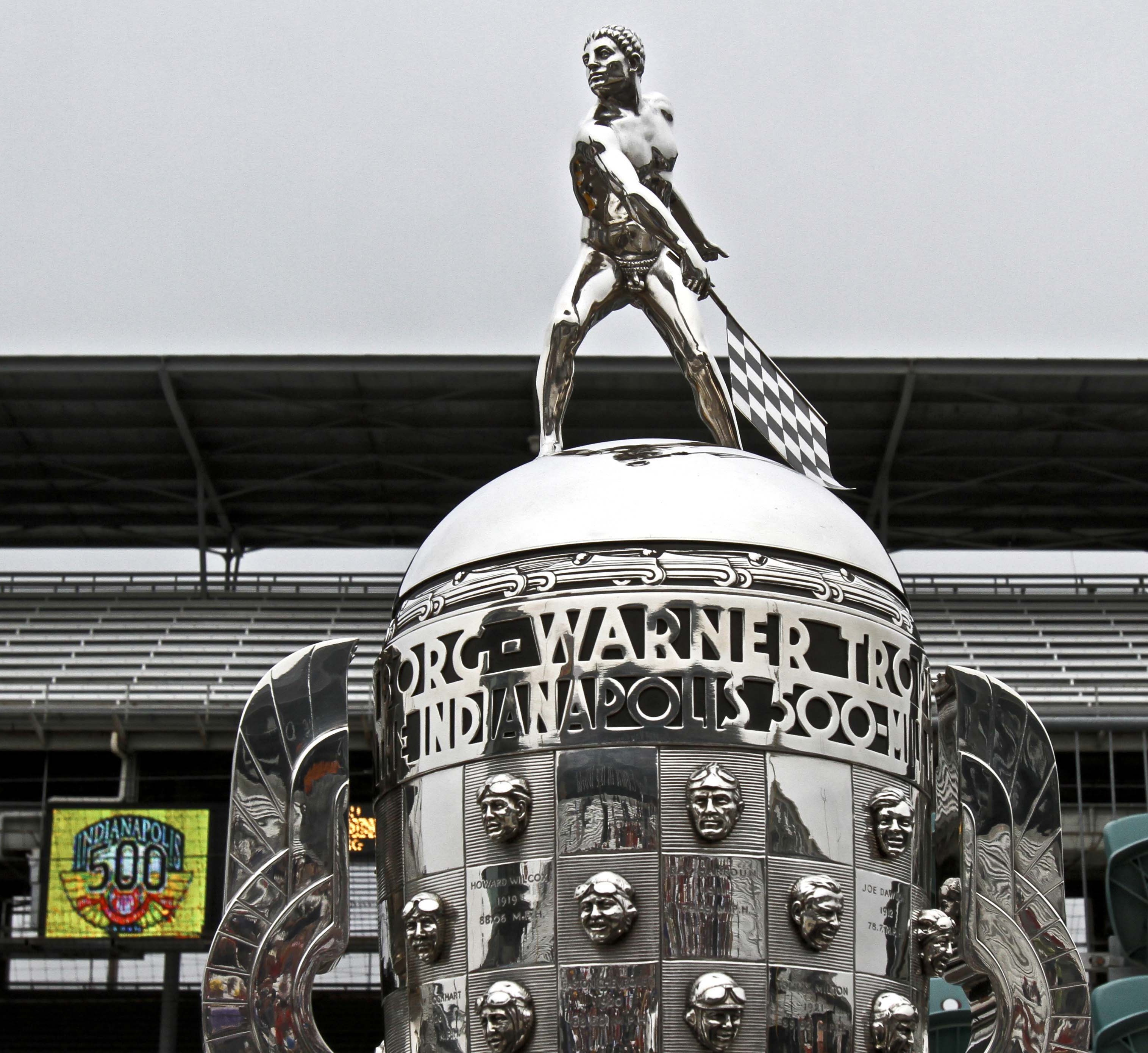 Eleven of the greatest trophies in motorsports, and the racing cars the won them, will be presented in a special class called “The Great Trophies and Cars” at the 2016 Amelia Island Concours d’Elegance in Florida in March.

The Indy 500’s famed Borg-Warner Trophy, the early-era Vanderbilt Cup, two separate year trophies from the 24 Hours of Le Mans, the Harley J. Earl Daytona 500 Perpetual Trophy and the French Grand Prix trophy of 1914 will be among those tracing the history of world auto racing.

Towering over them all will be the seven-foot-tall Wheeler-Schebler Trophy, first awarded at the Indianapolis Motor Speedway in 1909, the year the Speedway opened. Its last presentation was in 1932 to winning-car owner Harry Hartz, who collected his Indy 500 prize for the third straight year and donated the imposing cup to the Indianapolis Speedway Museum, where it stills awes visitors.

A favorite for stock-car fans should be the Harley Earl trophy, named for the iconic General Motors designer and celebrating the most prestigious of stock car races, the Daytona 500. The Amelia Island showing will mark only the second time the Harley Earl and Borg-Warner trophies will be displayed together.

One trophy that is rarely seen and shrouded in mystery is the Maurice G. Bauer Trophy, which was meant to award the winner of the Cannonball Run, an unsanctioned coast-to-coast race that was run four times in the 1970s. But the trophy never was awarded.

When the bronze bust of Maurice Bower rendered by Bolus & Snopes was presented to Cannonball co-founder Brock Yates in 1972, he reportedly liked it so much that he decided to hang onto it and it never left his home. The 1973 Ferrari Dino that won the 1975 race, and would have taken the trophy, will be displayed at Amelia with the unawarded prize.

Of Maurice Bauer, little is known aside from his watching “developments” from his front porch in Grand Island, Nebraska, according to an Amelia Island Concours news release.

The presence of the Borg-Warner trophy, which has sculpted on its surface the faces of the winning Indy 500 drivers, should be a treat for followers of the “Greatest Spectacle in Racing.” Louis Meyer, the first driver to win the Indy 500 three times, is credited with saying, “Winning the Borg-Warner Trophy is like winning an Olympic medal.”

“To have these trophies and the cars that won them on Amelia’s concours field brings home the true spirit of racing and the power of Louis Meyer’s words,” Bill Warner, founder and chairman of the Amelia Island Concours, said in the news release. “It brings our long racing history and heritage into sharp focus.”

The 11 entries in “The Great Trophies and Cars” class at Amelia Island are: