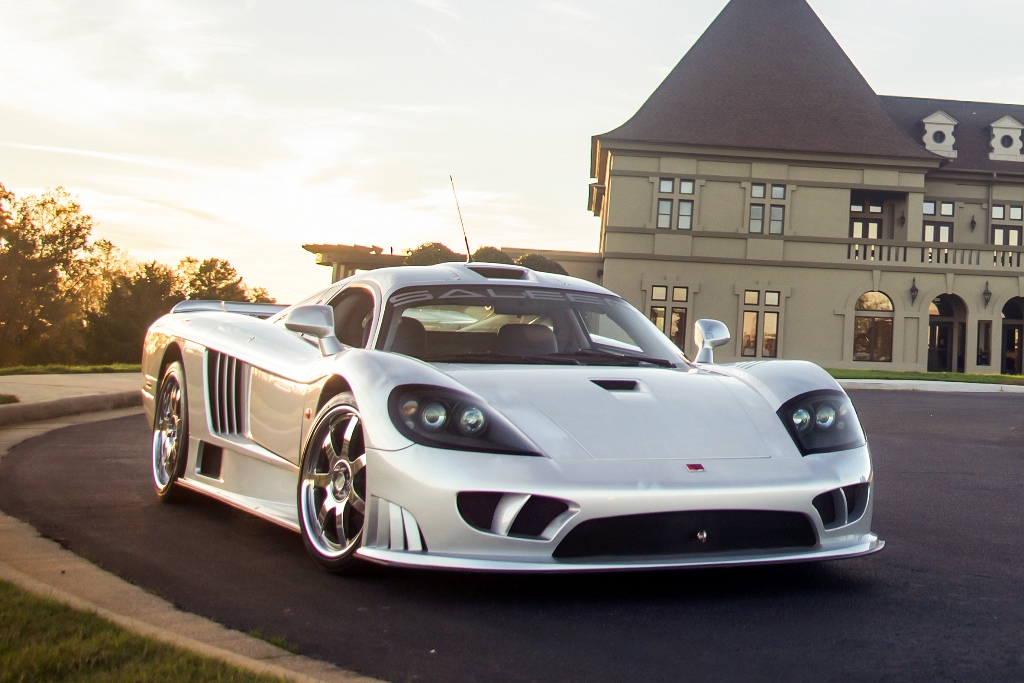 Editor’s note: This is the 20th in a 30-day sponsored series featuring cars to be sold January 23-31 during Barrett-Jackson’s 45th Scottsdale auction.

Steve Saleen funded his desire to race by taking existing Ford products like the Mustang and modifying them into high-performance street vehicles, then selling them through Ford dealers. The Saleen Mustang, introduced in 1984, brought Saleen Autosport to prominence in a time when the 5.0-liter Mustang reined supreme as one of America’s most popular performance cars.

Saleen wanted to build his own supercar, one created entirely from a blank sheet of paper and not from an existing platform. In 2000, Saleen Automotive introduced the S7.

Unveiled on August 19, 2000, at the Monterey Historic Races at Laguna Seca Raceway, the Saleen S7 news release revealed Saleen’s goal for his new supercar: “The S7 is designed to compete with the fastest, quickest, best handling, most luxurious grand touring cars in the world while providing a distinctly American driving experience for the fortunate few who will own one. The S7 was conceived to combine the performance of a track-only race car with the driving pleasure of a road car.”

Essentially, the S7 was designed around Tally’s engine, a 7.0-liter version of Ford’s 351 Windsor small block with high-tech components – including aluminum block and cylinder heads, stainless-steel valves and titanium retainers – to develop 550 horsepower without supercharging or turbocharging. To reduce the powerplant’s package size for use in the S7, Saleen designed and created a new front engine accessory drive system.

Climbing over the wide sills through the scissors-opening doors, the driver was greeted by a snug, asymmetrical interior with the driver’s seat shifted toward the center of the car. Leather and suede surfaces enhanced the S7’s image as a touring car, along with air conditioning, tilt/telescoping steering column, power windows, adjustable pedals and AM/FM/CD stereo. Missing was a rear view mirror; instead, the S7 utilized a remote video camera.

In 2003, an S7 starred as “God’s” personal car in the movie Bruce Almighty, starring Jim Carrey and Morgan Freeman. In 2005, Saleen upgraded to the S7 Twin Turbo with 750 horsepower. The Hollywood exposure and high horsepower may have helped the supercar achieve superstar status. The car initially sold for $375,000, but ballooned to nearly $600,000 for the Twin Turbo. Although production eventually extended over six model years, it was limited to only 78 very special cars, including 15 R models.

A  2003 Saleen S7 is being offered at the 45th anniversary Barrett-Jackson Scottsdale Auction. The first of only four naturally aspirated S7s with Saleen’s Competition package, this car includes a $75,000 option that added a higher-performance camshaft, upgraded intake and exhaust, and a reprogrammed ECU. This  Saleen S7, VIN #1140, was also equipped from the factory with optional chrome wheels, remote door openings, and factory-upgraded touchscreen sound system.