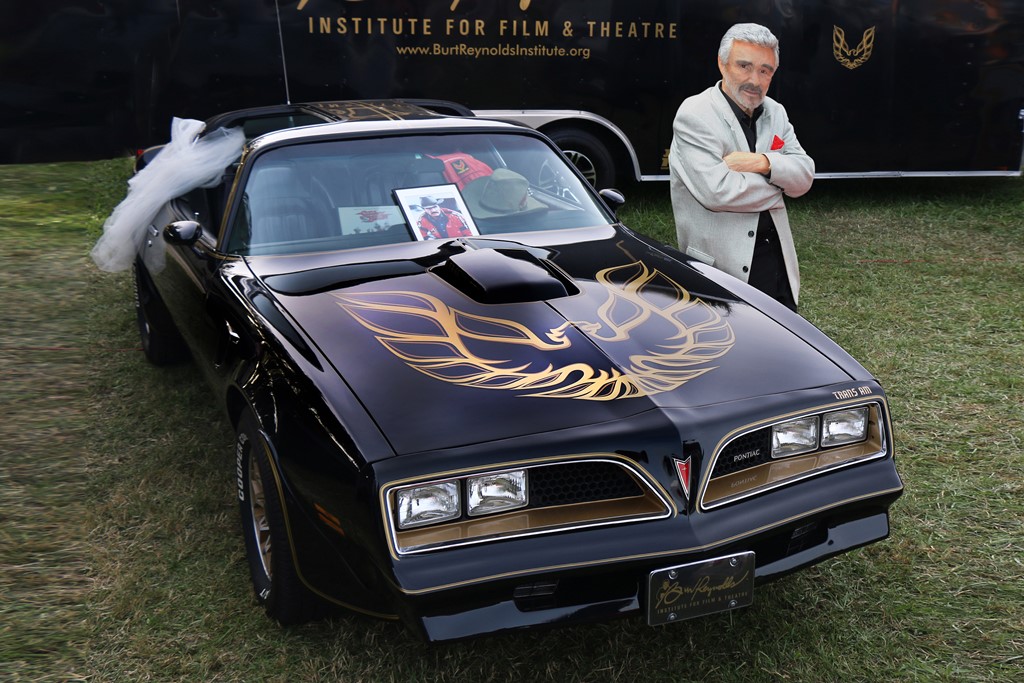 Editor’s note: This is the 18th in a 30-day sponsored series featuring cars to be sold January 23-31 during Barrett-Jackson’s 45th Scottsdale auction.

When stuntman-turned-director Hal Needham was planning the film Smokey and the Bandit, he envisioned a low-budget B movie with a production cost of $1 million. But when Needham’s friend Burt Reynolds –- the top box office star in the world at the time -– read the script and said he would star, things got real. Co-stars included Sally Field as a hitchhiking runaway bride, Jackie Gleason as the sheriff, and Jerry Reed as the big-rig driver hired by Bandit to take a truckload of beer across county lines.

Smokey and the Bandit ended up being a smash hit at the box office, was the second-highest-grossing movie of 1977, and remains a cult classic.

Needham needed the perfect car for Reynolds’ Bandit character and the many high-speed chase scenes planned, and found it after seeing an advertisement for the soon-to-be-released 1977 Pontiac Trans Am. Needham cut a deal with Pontiac for four of the cars =– which were actually 1976 models with ’77 front ends.

General Motors was thrilled with the results. After the debut of the movie, the Trans Am became wildly popular, with sales almost doubling within two years of the film’s release. All of the cars used in the movie were badly damaged during production. Fortunately, this 1977 Pontiac Firebird Trans Am heading to the 2016 Scottsdale Auction at no reserve was designated as a “promo car” and spent its time traveling to promote the film.

When the current owner came across this gem at an estate sale in 2014, he found the engine hadn’t been started since 1985. However, what he found inside the car was wonderful: There was a certificate from Universal Studios listing the VIN of the car, a plaque from General Motors showing the car was used to promote the movie, and even Universal Studios’ maps showing scene locations. He also found original studio press kits, an original script of the film, and a title stating “Universal Studios Promo” (a subsequent title shows Burt Reynolds Institute for Film & Theatre).

The matching-numbers car with its original drivetrain, optimal Pontiac-build 400ci TA 6.6 engine and 3-speed Turbo-Hydramatic transmission, has undergone a complete frame-off rotisserie restoration by the McLaughlin Museum and is PHS-documented. It is equipped identically to the way the cars were equipped for the movie, with a Special Edition package featuring the distinctive black and gold paint, removable T-tops, custom trim, deluxe interior, air conditioning, remote trunk lid release, power windows, power locks and an AM/FM radio with stereo 8-track player.

Considering this noteworthy Trans Am comes complete with its documentation and memorabilia –- and is signed by Burt Reynolds –- this is a real catch for any film buff.