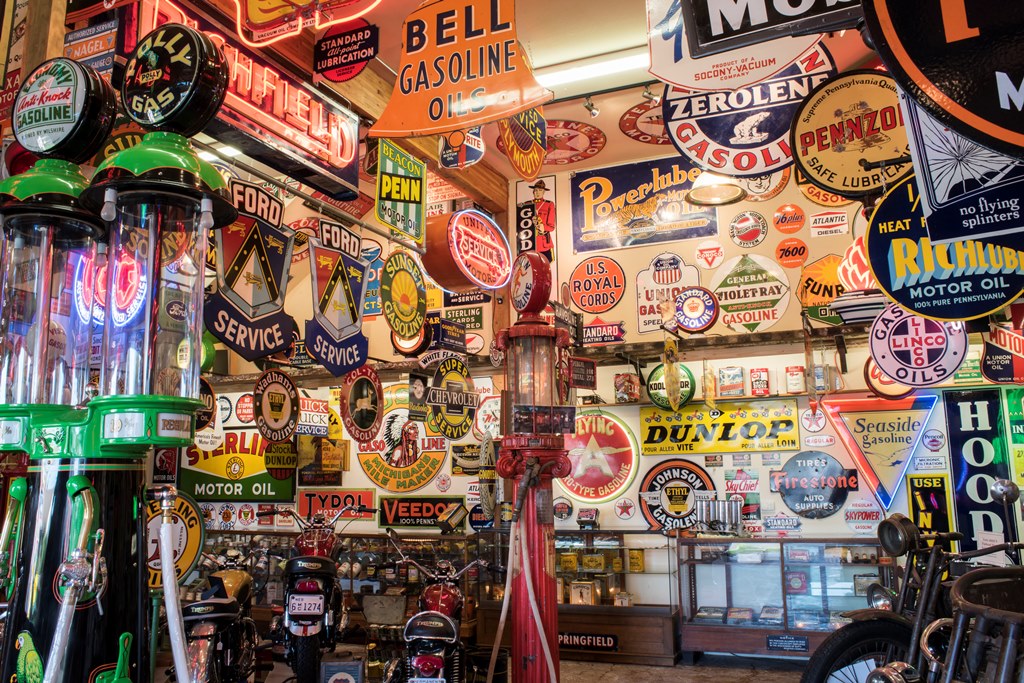 Editor’s note: This is the 15th in a 30-day sponsored series featuring cars to be sold January 23-31 during Barrett-Jackson’s 45th Scottsdale auction.

Automotive memorabilia, also known simply as automobilia, has been around as long as cars themselves and has helped fuel America’s passion for collecting all things auto related. However, in recent years, the collecting of automobilia has become extremely popular.

Of the collections being offered, Apker and Redford are selling just a portion of their collections, and for the first time; neither has sold any items from their automobilia collections before.

“Collectors have been beating on their doors for years,” said Brinkman. “This is a once-in-a-lifetime opportunity.”

Apker will be selling some 20 pedal cars, along with restored gas pumps, neon signs, station displays and more, and at no reserve.

Redford will offer about 450 items, primarily auto and oil signs, as well as neons. One of the stars, Redford said, is a six-foot-tall Washington Chief porcelain sign.

MacKinnon has been collecting automobilia for more than two decades, but with retirement has decided to sell his collectibles. He’s consigned some 50 neon signs, gas pump globes, light-up signs and, said Brinkman, “probably the finest advertising clock collection ever to come to auction.”

LeRoy’s collecting passion has centered around pedal cars. At one point, he had some 350 pedal cars in his collection, but has trimmed that to between 60 and 70, selling some to offset the costs of restoring his new “toy” –- a 1929 Pierce-Arrow.

In all, more than 1,300 pieces of some of the finest, rarest and most one-of-a-kind automotive collectibles will be offered at the 45th Anniversary Barrett-Jackson Scottsdale Auction, all at no reserve.