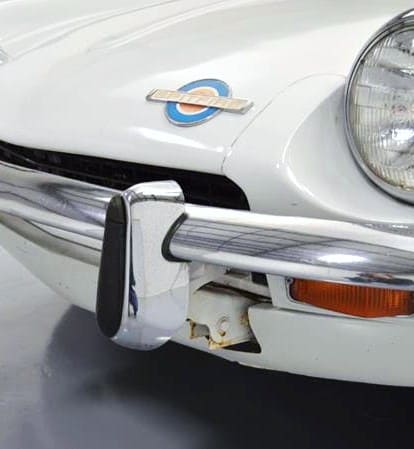 In the world we live in now, classic British sports cars have become less and less affordable. A Jaguar E-type roadster, even a Series 2 driver-level car, can cost more than $70,000, and a Triumph TR4 or MGA can cost more than $30,000. Compared with the classic car market as a whole, that might not seem like a lot of money. But many people do not have that much to spare for a classic car.

The Spitfire was introduced in 1962 as an affordable sports-car alternative to compete with the Austin Healey Sprite and MG Midget. With a body by Italian designer Giovanni Michelotti, the Spitfire was a swoopy and exciting-looking car, and it offered exactly what people were looking for in an affordable sports car. If you doubt that, consider that from 1962 until the end of production in 1980, Triumph sold a total of 314,372 Spitfires.

It is easy to find a later Mk4 or 1500 Spitfire, but locating one of the earlier cars has become more difficult. This one represents the last generation of the original-body cars.

The Mooresville, North Carolina, dealer advertising this Spitfire on ClassicCars.com gives a nice history of the Spitfire, and states that the car includes numerous spares, including the original SU carburetors, original wheels and hubcaps, gaskets, a clutch tool and other miscellaneous parts. The car also has extensive service records, according to the listing.

From the pictures, this looks like a solid driver and would make a great first-time classic British roadster, especially at the asking price of $7,300. These early Spits have all but disappeared, and this might be one of the last affordable British roadsters out there.