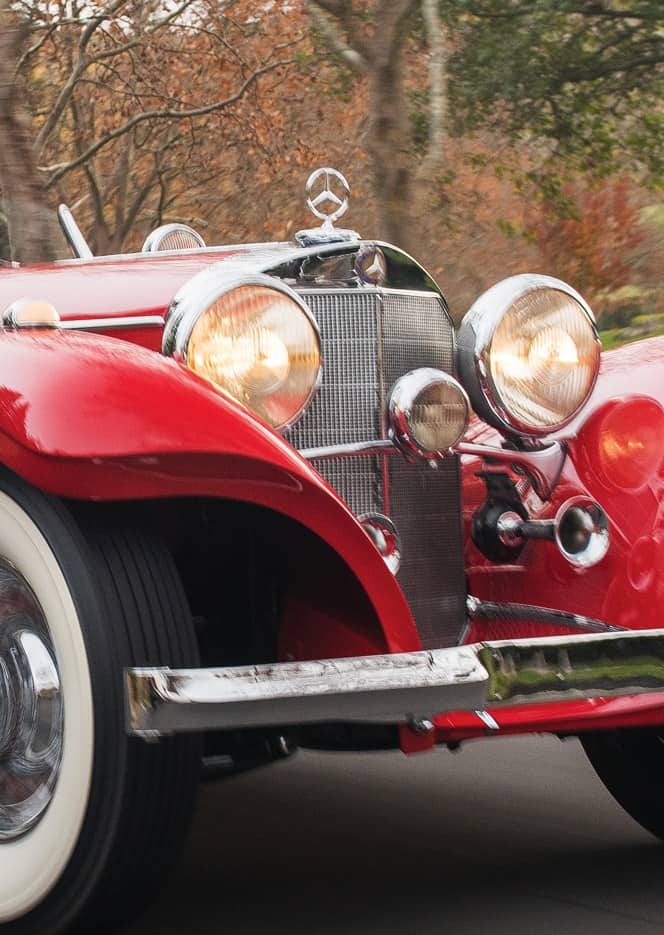 RM Sotheby’s has consigned what could become the highest-priced automobile ever sold at an Arizona collector car auction – a 1937 Mercedes-Benz 540 K Special Roadster from the classic-era of pre-war motoring. The extravagantly beautiful car has an estimated value of $10 million to $13 million, which if reached in bidding would make it the first eight-figure sale in Arizona.

The 540 K has the desirable high doors, long tail and left-hand drive

Chassis number 130894 is one of the earliest 540 K Special Roadsters in existence, with only a handful of the supercharged eight-cylinder two-seaters were sold in the U.S. They are considered today to be the ultimate Mercedes-Benz classic car, and this one has been in a number of prestigious collections.  The original owner is believed to be Reginald Sinclaire, heir to one of the founders of Corning Glass.

The car, which has been driven just over 10,000 miles since restoration, has the desirable features for a 540 K — high doors, long tail and left-hand drive.

The supercharged straight-eight generates 180 horsepower, and the car’s dramatic styling by Sindelfingen is legendary.

The Mercedes has gone just over 10,000 miles since restoration

“In the world of luxury automobiles, the 540 K is a car with few peers and effortlessly checks all the boxes when it comes to collectability, namely extreme beauty, power and rarity,” Ian Kelleher, managing director of RM Sotheby’s West Coast Division, said in a news release.

“Very few Special Roadsters were built in this most desirable configuration of high doors, long tail, and factory left-hand drive, of which only six are believed to exist today.

“These cars are held in esteemed collections and rarely come to public market— when they do, few rival the provenance of the Sinclaire 540 K. The fact that it is coming to market for the first time in decades makes its offering all the more special and sets the scene for a very exciting auction at the Biltmore.”