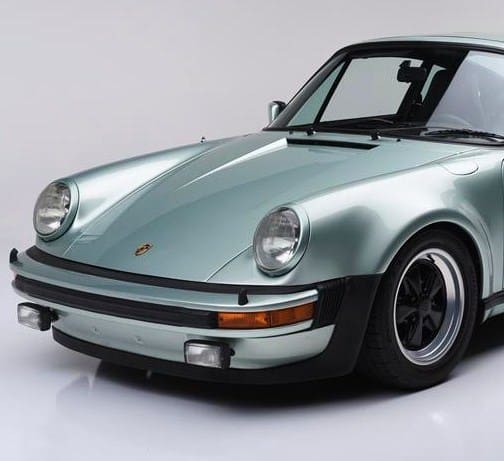 Coveted Porsches ranging from classic 356 cabriolets of the 1960s through the latest V8/hybrid 918 Spyder Weissach Edition supercar will cross the block during Barrett-Jackson’s signature January auction in Scottsdale,  Arizona.

The Porsches will be part of Barrett-Jackson’s diverse selection of around 1,500 sports cars, muscle cars, classics, pickups and customs that will be auctioned, mostly at no reserve, during the mammoth collector-car event January 23-31 at WestWorld in Scottsdale.

The newest Porsche is perhaps the most valuable. The 2015 Weissach Edition 918 is an 887-horsepower rocket propelled by a 4.6-liter V8 combined with an electric hybrid drive system, capable of running the quarter mile in the nine-second range at 210 mph. The Weissachoption reduces the weight through such additions as magnesium wheels, lightened brake design, ceramic wheel bearings and titanium bolts for the chassis.

This 918 Spyder is in pristine condition with just 595 miles on its odometer, according to Barrett-Jackson.

Going further back in time, there are two Porsche 356 performance cabriolets on the docket, a 1965 356SC fully restored with desirable options and just 42,000 miles, and a 1962 356 Super 90 that also has been comprehensively restored.

One of the most desirable Porsches at the auction is a 1977 Porsche 930 Turbo with matching-numbers 3.0-liter turbocharged engine, limited-slip differential and all possible factory options, including black-leather sport seats with tartan-plaid inserts and an electric sunroof.

A 1989 Porsche 911 Speedster is one of only 814 of the two-seat convertibles produced for the U.S. that year. It features turbo-style bodywork, turbo suspension components and heavy-duty four-piston disc brakes with ventilated and cross-drilled rotors. The 3.2-liter flat-six is connected to a short-throw five-speed, and the car has only 12,627 miles on the odometer.

“Porsche sports cars have become particularly hot collectibles over the past 18 months,” said Craig Jackson, chairman and chief executive of Barrett-Jackson. “The cars feature iconic styling and great German engineering. They deliver a wonderful driving experience yet are typically more reliable than other Europeans.

“The turbo cars in particular are attracting attention from collectors who want a blue chip Porsche. Coupling these with a brand-new 918 and two classic 356s offers an incredible selection for the German marque.”