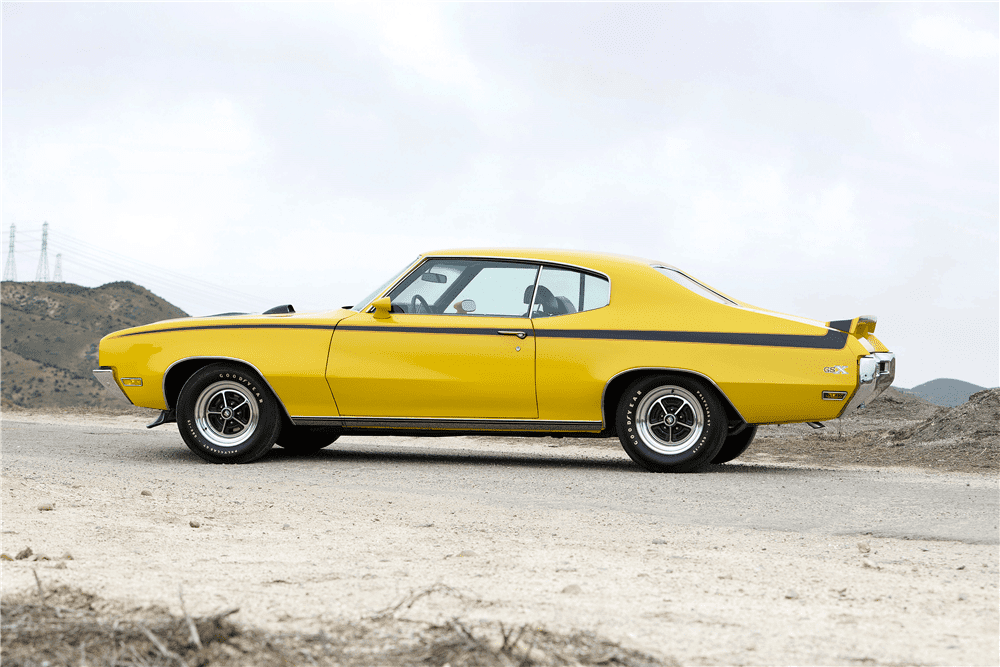 Editor’s note: This is the ninth in a 30-day sponsored series featuring cars to be sold January 23-31 during Barrett-Jackson’s 45th Scottsdale auction.

Buick has always had a stodgy image of being the car your grandmother drove, but in 1970 it set out to change all that with the debut of the GSX, a car that put Buick on the performance map next to the likes of the Chevrolet’s Chevelle and Pontiac’s GTO Judge, thanks in part to General Motors pulling a long-standing corporation-wide restrictions on engine displacement.

This new-found freedom resulted in one of the most notorious cars of the muscle car era. The GSX had the highest torque rating at 510 foot pounds as well as 360 horsepower out of a 455 cubic inch engine.

This was made possible through higher displacement, larger valves in high-flow heads, a performance cam and standard cold air induction fed by twin hood scoops.

The Stage 1 expanded those parameters with even better breathing, incorporating still larger valves with stronger springs for high-RPM reliability, revised porting, a radical new cam and a re-jetted version of GM’s versatile Rochester Quadrajet 4-barrel carburetor. The factory rated the Stage 1 at 360 hp, but most testers concluded it was over 400

Available in either Saturn Yellow or Apollo White, the GSX fit in with the psychedelic look of the time and of the nearly 700 produced, 400 came with the Stage 1 package, which cost an extra $115 and included a hood tach; stiffer shocks and suspension pieces; heavy-duty cooling; power front disc brakes; and G60x15 tires on Buick Rallye chrome-plated wheels.

This particular 1970 Buick GSX Stage 1, Saturn Yellow with a black interior, was a gold winner at the 2007 Gran Sport of America Concours. It has undergone an older restoration. Of the 400 GSX Stage 1 produced, this is one of 118 with 4-speed manual transmissions.