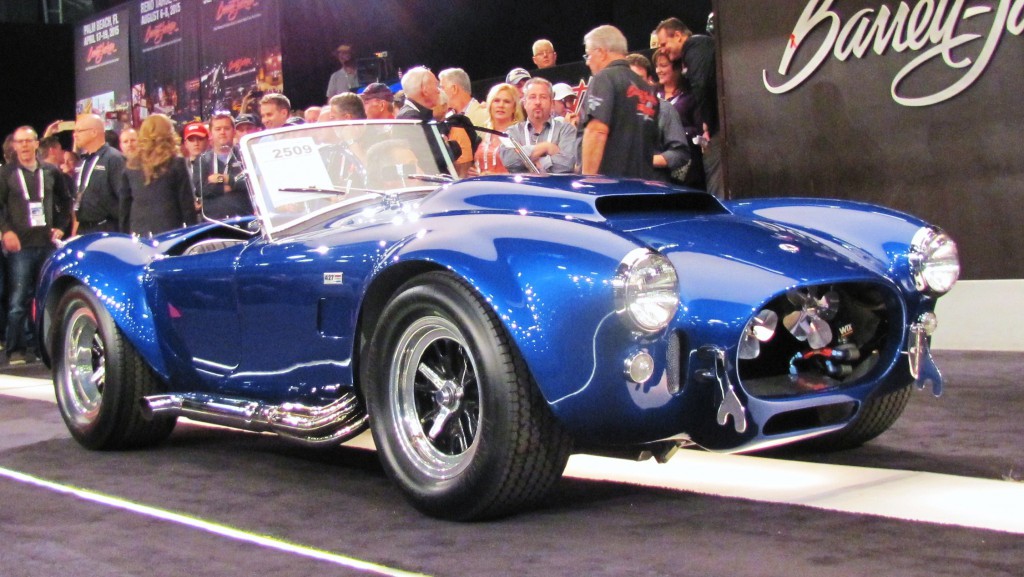 In January, it was Ron Pratte’s collection of cars and automobilia selling for more than $40 million at Barrett-Jackson. Next it was RM Sotheby’s turn with father and son Paul and Chris Andrews paring their collection for nearly $54 million at a single-vendor sale and with the anonymous single-owner Pinnacle Collection bringing $67 million in a special one-day sale at Monterey. In between, Leake Auctions sold 150 cars from the Klairmont Collection. Later, Bonhams handled the Frederiksen Collection in Denmark, where sales totaled $24 million.

And, of course, smaller collections were offered from time to time at other auctions in 2015.

So what’s happening. Are collector bailing out of the hobby? Are they cleaning up their estates as they age? Are they simply selling so they have room in their garages to buy vehicles that may be of more interest to them today? What’s happening to cause such major collections to be sold in the same year?

Pratte was leaving the hobby for other interests, but according to Dave Kinney, classic car appraiser and publisher of the Hagerty Price Guide, most of the major private collections are making their way to auction not because collectors have lost interest, but as a means of downsizing.

“Having 30-100 cars is a full time job for some people,” Kinney said, adding that he’s seen several major collectors reduce their holdings to “six or seven of the best of the best.”

“I think it’s something that a lot of people are doing,” he said.

In other words, collectors are moving on in a physical sense — well, they’re not quite moving on, but their cars are — rather than an emotional or even purely financial one.

Kinney compared massive collections to living in a huge house “with 5 or 6 bedrooms and bathrooms, at a certain point it too much, and too much to maintain. It’s the same with cars. The collectors simplify their lives and keep their top favorites.”

And, obviously, savvy collectors know that the best time to sell is when the market is strong and demand is high.

Part of the reason some of collections sell so successfully, he said, is that most of the time these collections have been so well done, so well curated over the years that buyers can be confident they are purchasing a well maintained vehicle.

“When some cars come to market, they have not been available for a long time, but have been known,” Kinney said. “So, in other words, the collector has shown people or had a mini-museum of their own so a lot of people have known these people to own certain cars.”

Another factor, he said, is that when the car has been in a collector’s possession for a long time, it likely has undergone a high-quality restoration. Pratte was known to have restored or even re-restored seemingly every car he bought through the years. The next buyer benefits from that restoration.

Further, when a collector buys rare vehicles that often don’t come to market, there’s an eager buyer base waiting for any future sale.

That book, Kinney said, is the auction catalog.

“Catalogs can almost be interpreted as books written about the collection in a way,” he said, adding that the book makes the collector a part of the cars’ histories.

“In 2015 we still see some cars come to market that are advertised as part of the Harrah collection,” he added, “and that was broken up nearly 30 years ago.”

“With these (major) sales, the cars might not carry the collector’s name for 30 years, but it will stay with it for a long time.”

According to Kinney, typically each car benefits from being part of a ajor collection and brings prices well above market value in many cases. However, he said, even the buyer benefits because the car has the provenance of being associated with a major collection.

Kinney expects to see more major collections coming to market, and not just in 2016 but for the next 5, 10 or even 15 years. Part of the reason is aging collectors and part is competition among the auction houses themselves.

“I think RM has done a great job of promoting some of the private collections,” he said, “but I expect to see more from Gooding and Bonhams this year.”