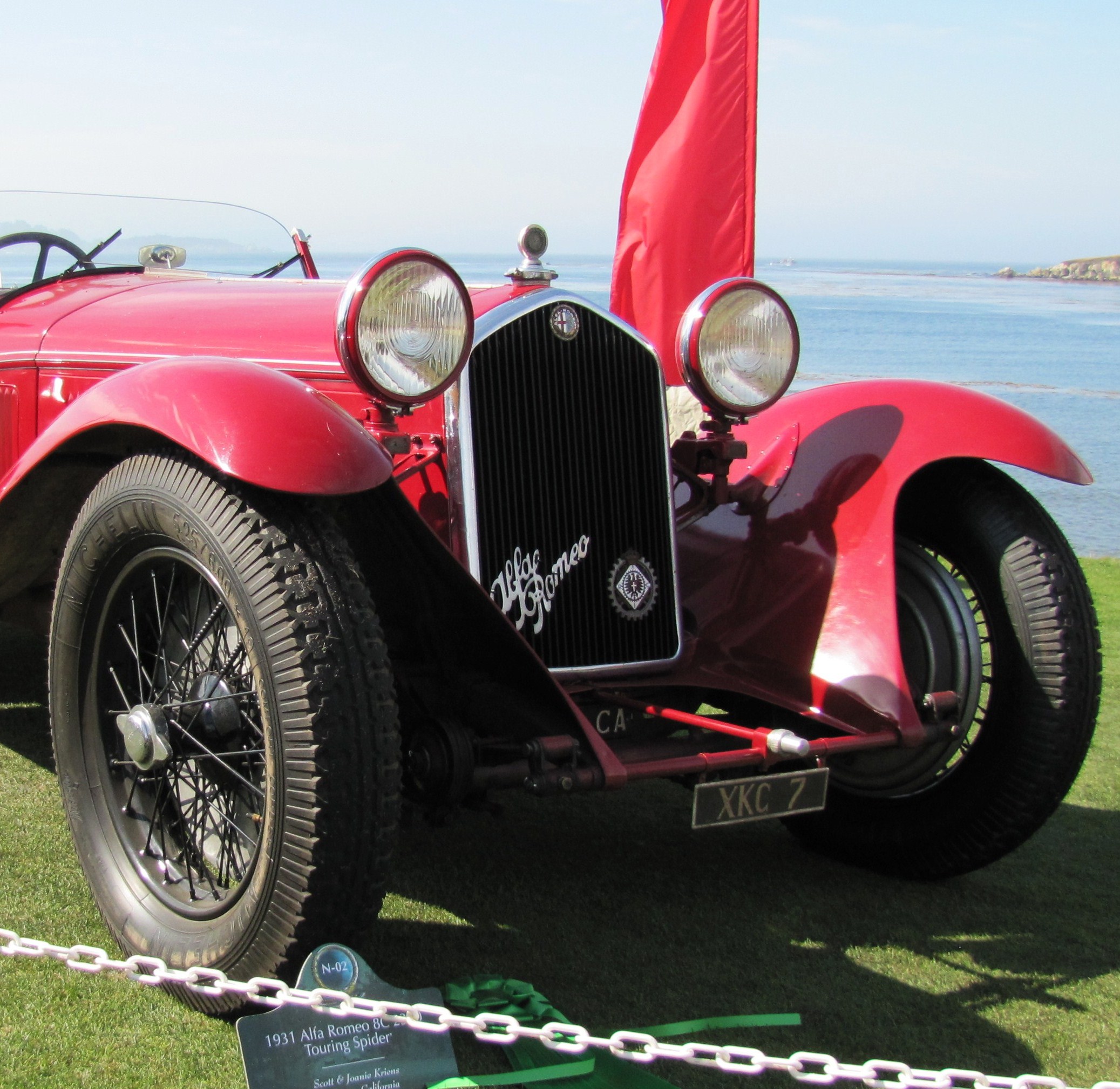 You could almost hear the collective sigh of relief at the 2015 Pebble Beach Concours d’Elegance as the best-of-show winner was announced. After last year’s choice of a post-war car, a custom-bodied 1954 Ferrari coupe that flew in the face of hide-bound tradition, the 2015 victor was a suitably classic pre-war icon, a very elegant 1924 Isotta Fraschini Tipo 8A cabriolet.

So the forces of generational change had not taken over completely, as some Pebble veterans feared. But elsewhere on the Monterey Peninsula in early August, the tide was still rising as European sports cars and race cars from the late 1940s through the early ’70s – especially Ferraris and Porsches – continued to rule many of the collector-car auctions and car shows that preceded the 65-year-old concours.

Pebble Beach was, as usual, a splendid affair that brought together some 200 of the world’s greatest vintage vehicles in the luscious atmosphere of the 18th fairway of the venerable golf course adjacent to a scenic Pacific cove. This great event should be on every car enthusiast’s bucket list.

Tradition does rule here, but it gradually shifts as the culture moves on. Spectator clothing is more casual, with fewer sports coats and more T-shirts, more flip-flops and fewer flowered women’s hat. And there are such trendy classes as this year’s custom Mercury “lead sled” group. But overall, the aura remains the same as it ever was.

The collector car auctions showed robust results, although not with the startling rise in prices of recent years. The total for the six Monterey auctions, according to Hagerty, was $403.2 million, which slightly exceeds last year’s $402.6 million total, although last year’s results were boosted by the $38.1 million sale of a single car, a 1962 Ferrari GTO. The highest-selling car this year, also a Ferrari, came in at less than half that.

Ferraris continued to dominate the top end, with seven of the 10 highest-selling cars – all sporty Europeans – wearing the Italian stallion. And the strongest part of the classic car market was again seen at the top; the lower tiers of prices for five-figure and low-six-figure cars were fairly stagnant. Hagerty termed the market overall as “stable,” with some outlying variations.

RM Sotheby’s was the hands-down winner in sales totals at a remarkable $179.9 million for 129 cars at a high-rolling average sale price of $1.338 million. Gooding & Company followed with results of $128.1 million, Bonhams at $47.5 million, Mecum with a booming sale that reached $44.7 million and Russo and Steele growing to $10.2 million.

A new auction on the scene, JR Auctions, was a spectacular flop with only a handful of cars sold at modest prices and overall results of $624,000. Rick Cole’s smart-phone auction has not reported any results for Monterey, so we don’t know how it did (that auction’s results from last year’s sale are extracted from the 2014 total so as not to skew the comparison with 2015).

The only substantial change for the auctions from the previous year, aside from the JR debacle, was Mecum’s move to a new, more-spacious venue at the Del Monte Golf Course. The results were up more than 32 percent, lifted by the sale of a 1976 Porsche 930 Turbo Carrera formerly owned by the late Steve McQueen, which went for a stunning $1.95 million, as much as seven times the current highest value of a non-Steve McQueen 1976 Turbo Carrera.

Monterey classic car week is packed with car shows, ranging from the grand Quail, A Motorsports Gathering to the much-less-than-grand Concours d’Le Mons California, a cheeky celebration of terrible cars. Highlights were Concorso Italiano, now returned to its original excellent venue; the second year of the Porsche Werks Reunion, which was terrific; Legends of the Autobahn; the Carmel-By-The-Sea Concours on the Avenue; the Pebble Beach Tour d’Elegance lunch-stop show, also in Carmel; and the fun Little Car Show in Pacific Grove.

New to the Monterey events was Classic Americana in Carmel Valley, with domestic-car aficionados enjoying fine examples of “the American motoring tradition” at Carmel Valley Community Park. The show was small this year, but judging by its enthusiastic reception, it is certain to grow.

A lineup of 911s at the Porsche Werks Reunion | Bob Golfen