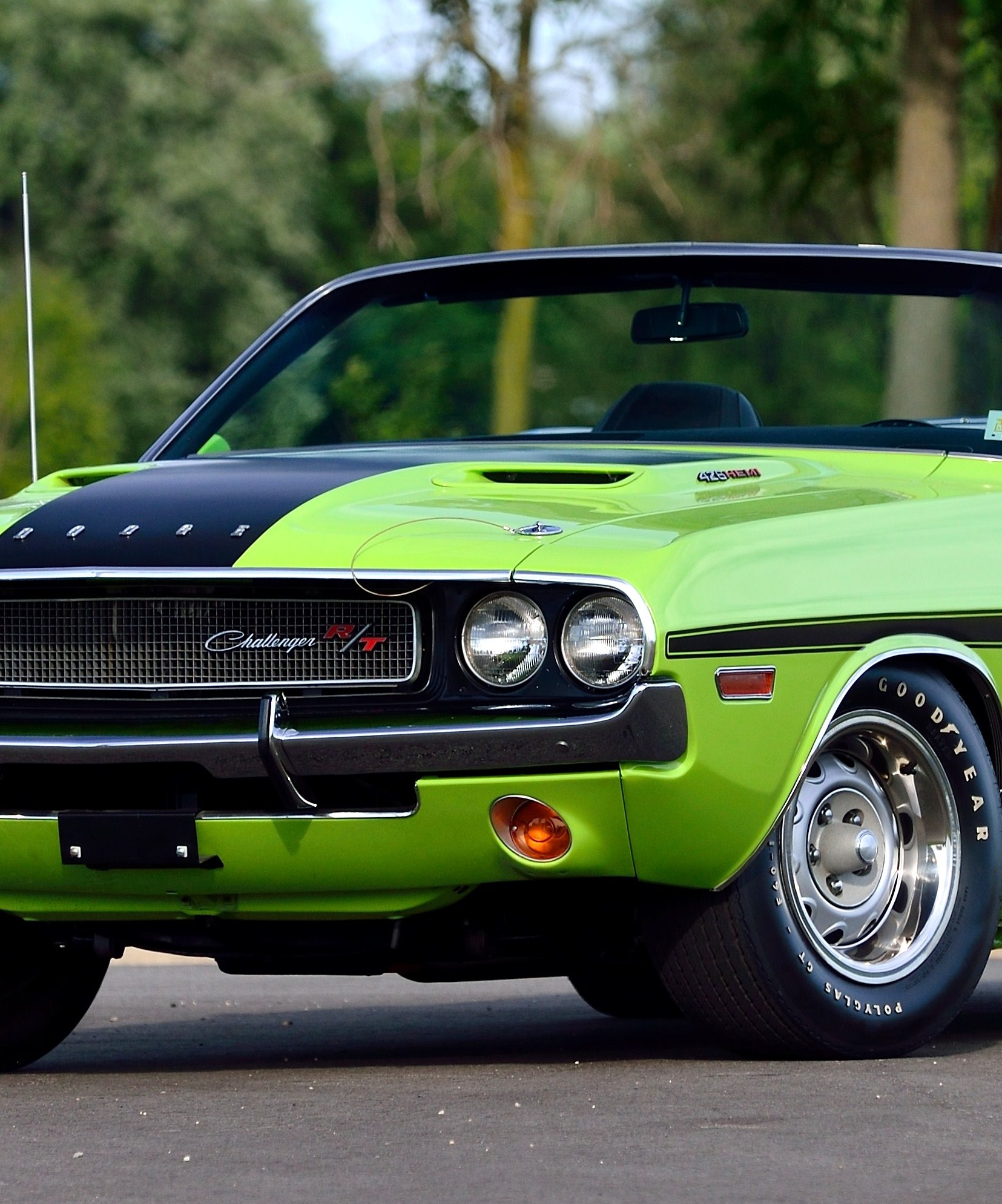 Three legendary Hemi drop-tops from the golden age of muscle cars will rumble across the block during Mecum Auctions’ sale January 15-24 in Kissimmee, Florida.

The cars, which all will be auctioned on Friday, January 22, are:

The 1971 Hemi ‘Cuda is a graphics-deleted version

A 1970 Plymouth Hemi ‘Cuda convertible in Lemon Twist paint, one of just 14 ragtop 426 Hemi ‘Cudas built that model year, and one of only five with a four-speed manual transmission. Pre-auction estimated value: $2.75 million to $3.5 million.

A 1971 Plymouth Hemi ‘Cuda convertible, one of five with automatic transmissions, presented in a unique Sno White-and-black color treatment with deleted graphics and a shaker hood. Pre-auction estimated value: $2.25 million to $2.75 million.

A 1970 Dodge Hemi Challenger R/T convertible finished in Sublime Green paint, and one of just nine R/T convertibles with a Hemi engine, and only four with this Hemi/automatic transmission configuration. Pre-auction estimated value: $2 million to $2.5 million.

“Spurred on by a number of factors, the convertible E-body models built by the Plymouth Division during the final two years of the 426 Hemi engine’s availability in street-production models have proven time and again to be the blue chips of collector investment,” Mecums says in a news release.

“Repeatedly reaching into the value territory that has been previously reserved for the legendary prewar classics and the most exclusive European-built sports cars, the Hemi ‘Cuda convertible ‘owner’s club’ is very small and exclusive indeed; few people today will ever get the chance to join.”